Sara Ali Khan Said After Meeting The Soldiers, “Heroes Because Of Whom We Feel Safe”

Bollywood actress Sara Ali Khan remains in discussion among fans on social media about her activity. She often keeps sharing updates related to her life with the fans by sharing her photos and videos. Meanwhile, on Wednesday, she has shared a photo on her Instagram, which is becoming increasingly viral on Instagram. In this photo, the actress is seen standing with two soldiers outside an Indian Army post. Sara is looking very happy in this picture with the soldiers. The tricolor is also seen waving in the photo, which is looking very spectacular in the beautiful valleys of Kashmir. Sara is looking very excited about this meeting with the soldiers. 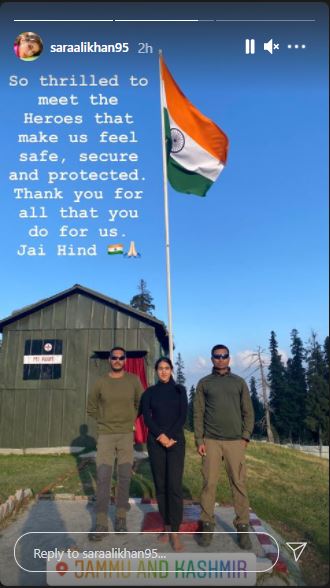 Sharing the picture on the Instagram story, the actress thanked the army for keeping the country and its citizens safe and wrote the caption, “So excited to meet the heroes who make us feel safe and protected. Thank you so much for everything you do for us. Jai Hind.” Even before this, Sara Ali Khan shared many pictures and videos of her Kashmir vacation, in which she was seen enjoying with her friends. These pictures of her were also very much liked by the fans and had registered their reaction by commenting a lot. 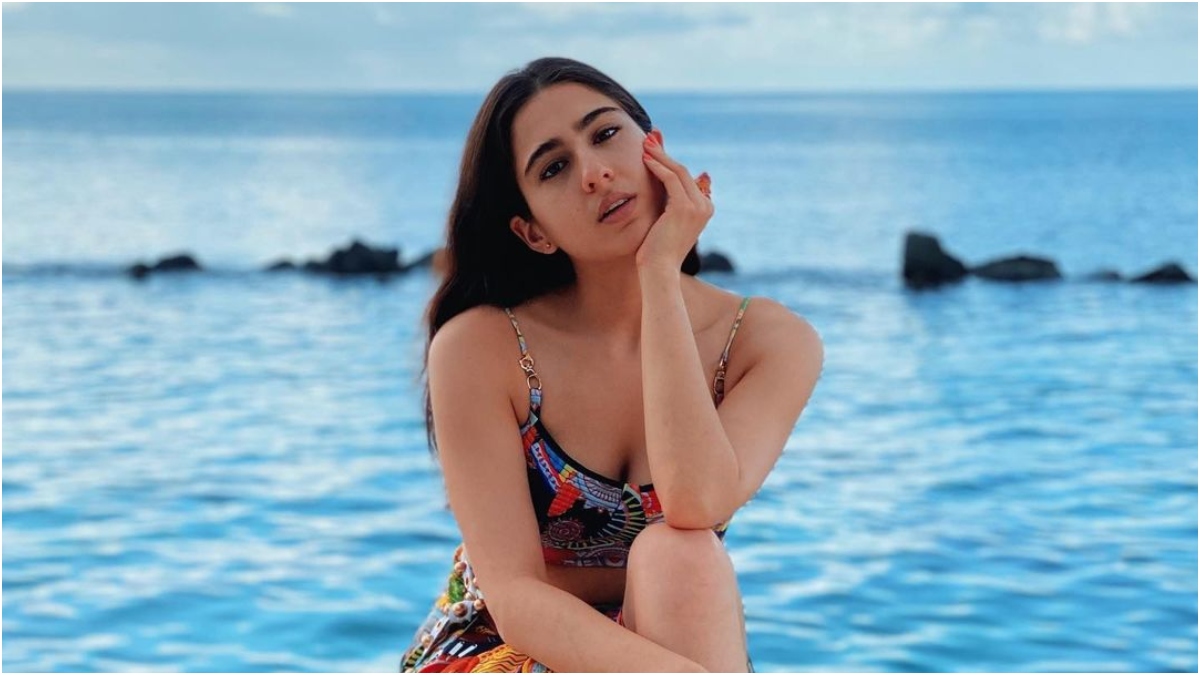 On her work front, she will be seen in an important role in the film ‘The Immortal Ashwatthama’ opposite actor Vicky Kaushal. Sara Ali Khan and Vicky Kaushal will share the screen for the first time in this film. Apart from this, she will be seen in the romantic drama film ‘Atrangi Re‘ directed by Aanand L Rai alongside actor Akshay Kumar and South’s superstar Dhanush. 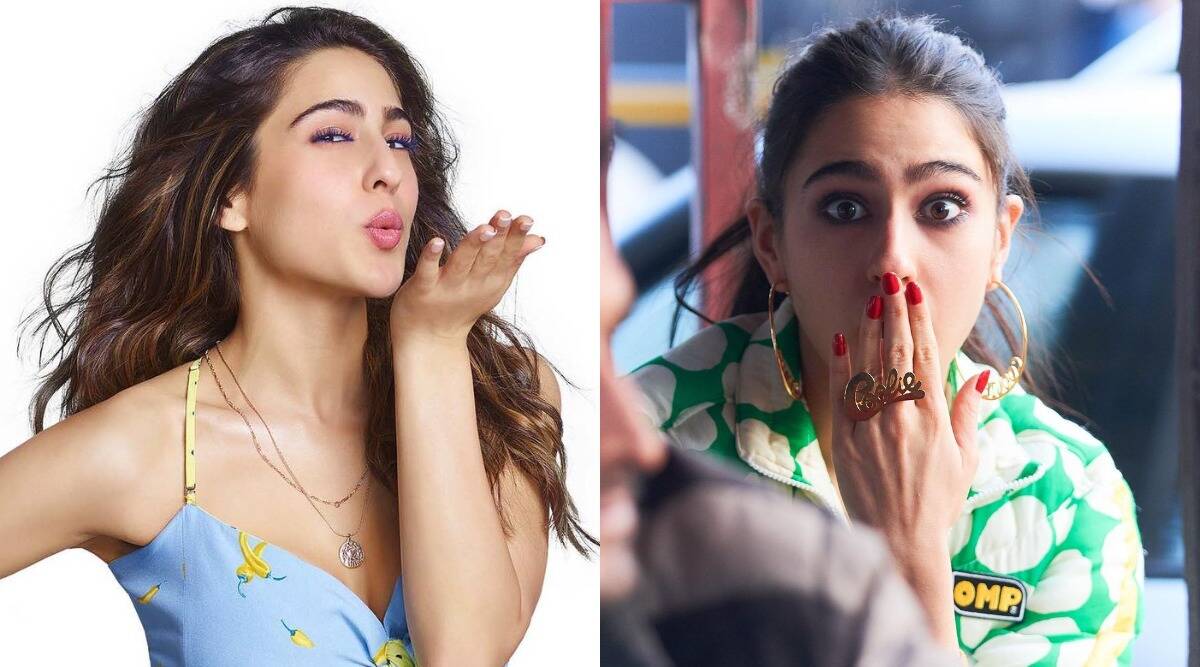 Sara Ali Khan made her debut with Abhishek Kapoor’s Kedarnath. In which the late actor Sushant Singh Rajput worked with her. The pair of these two was well-liked in the film and the film was also a hit. Apart from this, she was also seen in Simmba with Ranveer Singh and that film got a lot of love from the audience. Although Love Aaj Kal 2 in which Kartik Aaryan was with her, the film did not do well at the box office. Apart from this, she was seen in Coolie No 1 with Varun Dhawan. That film also proved to be a flop.