Sara Ali Khan Writes A Thank You Letter To Director Aanand L. Rai For Giving Her A Chance In ‘Atrangi Re’

Bollywood actress Sara Ali Khan’s film ‘Atrangi Re’ has been released. It is getting mixed response from the audience and critics. At the same time, Sara Ali Khan has written a thank you letter to the director of the film, Aanand L Rai. Significantly, Aanand L Rai has directed films like ‘Raanjhanaa’ and ‘Tanu Weds Manu’. Sara Ali Khan shared pictures with him on Instagram on Friday. 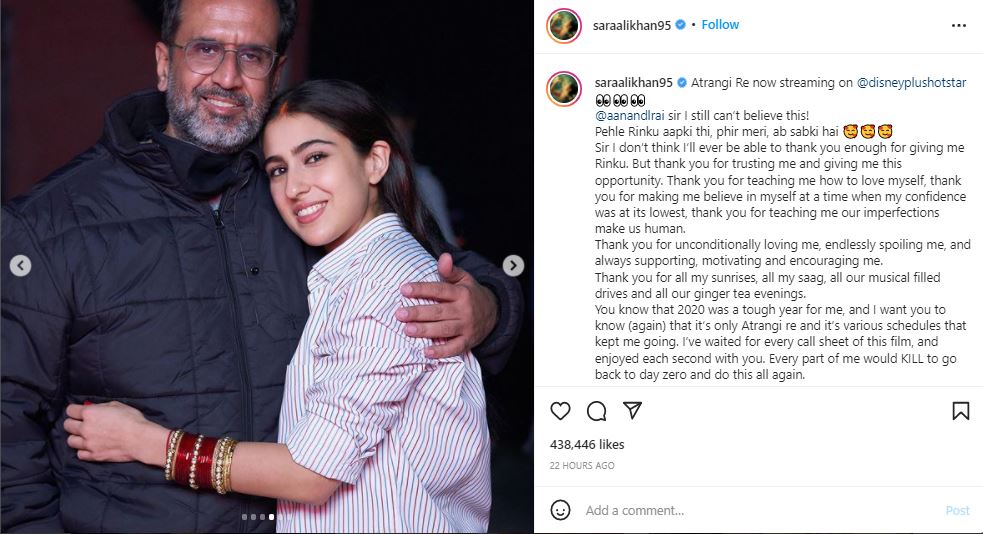 She wrote while completing his point, “Thank you for loving me unconditionally, spoiling me and always supporting me, inspiring. Sara also wrote that thank you for the evening of ginger tea. 2020 was very difficult for me. I have waited for every call sheet of this film, and have enjoyed every moment with you.” 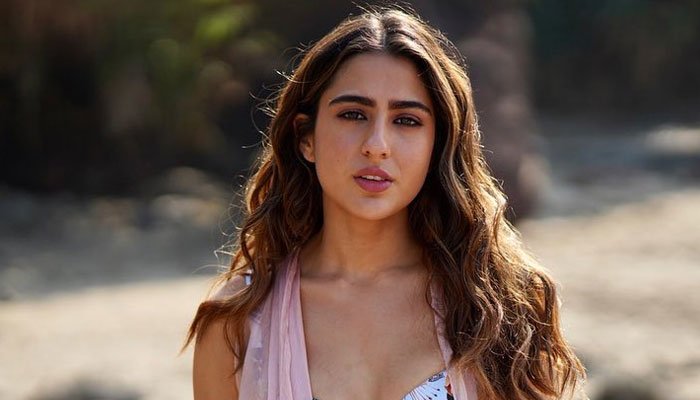 Sara Ali Khan wrote that there is only love and gratitude in my heart, sir. ‘Atrangi Re’, starring Akshay Kumar, Sara Ali Khan and Dhanush, released on December 24. The film has also become a victim of piracy after its release. ‘Atrangi Re’ was available for free download on several websites within hours of its digital release. Talking about Sara Ali Khan’s upcoming film, she will be seen in the film The Immortal Ashwatthama. Uri: The Surgical Strike fame Aditya Dhar is directing this film.