Selena Gomez Finds It Difficult To Pronounce ‘Cardamom’ As She Makes Chai- Checkout The Entire Story!

During the recent episode of Selena + Chef season 3, sensational singer Selena Gomez was seen struggling to pronounce the word, ‘cardamom’ as she was making some tea, which is popularly called ‘Chai Tea’ in the West. She was following the guidance of Indian American author model Padma Lakshmi.

The video of this particular part has been shared by one of Selena’s fans on YouTube. In the clipping, Selena could be seen getting instructed by Laskmi as the latter leads her in making four cups of tea for herself and her friends. Selena chopped ginger, added three spoons of tea leaves, then four cloves and cardamom powder. Later, the pop singer was found repeating the word ‘cardamom’ numerous times. She was looking extremely confused with its pronunciation and at last, gave up on the word.

Selena after adding brown sugar, milk, and honey, brought the concoction to a boil and was ready to serve. She was then introduced to a tea strainer, which she said she had never seen before in her life and didn’t have one in her kitchen. However, she found an alternative and served her friends the tea. 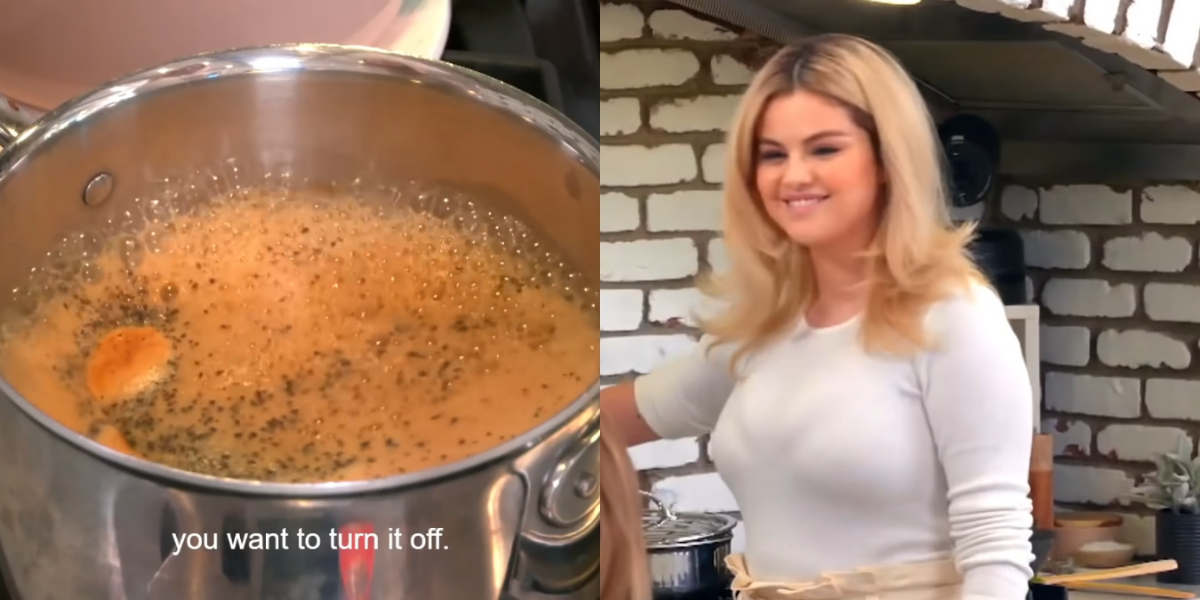 During the episode, Selena cooked shrimp curry and coconut rice too. She followed Padma’s instructions religiously and replicated her shrimp recipe. However, she was a little scared when asked to bust open a coconut for the rice. To open the coconut, Selena held the coconut in her hand and broke it with the help of the floor. Her friends pointed that out that Selena enjoyed it way too much.

In its third season, Selena + Chef features the singer collaborating with chefs to prepare cuisines of different styles and donate $10,000 to the charity of each chef’s choice. In this season, Aarón Sánchez, Ayesha Curry, Esther Choi, Fabio Viviani, Gabe Kennedy, Jamie Oliver, Kwame Onwuachi, Richard Blais, and Sophia Roe will be seen as guests with Selena. The show is streaming on HBO Max.