Unlike the rest of the world, popular Actor Shagufta Ali says she has been under “lockdown” for the last four years, battling depleting finances dur to poor health and struggling to find work in an industry to which she has dedicated over three decades of her life. 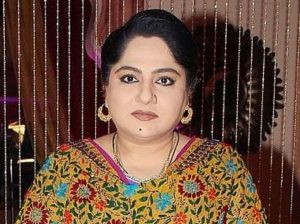 She was diagnosed with diabetes six years ago, around the same time when the roles started drying up. The 54-year-old actor said she has been out of work since 2018. Her last acting role was a cameo in the show “Bepannaah”.

Shagufta Ali received a cheque of Rs 5 lakh from Madhuri Dixit On behalf of Dance Deewane 3 team. She visited the set of the show and also spoke about her journey over the last 36 years. 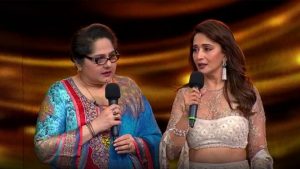 On Instagram, colors TV shared a new promo of the upcoming episode where a teary- eyed Shagufta Ali spoke about her struggles in the last few years.The episode will also have actors Anil Kapoor, Farhan Akhtar as well as filmmaker Rohit Shetty appearing on the show as guests. 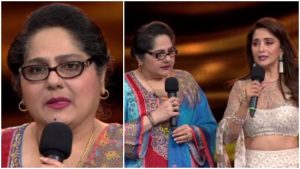 A teary-eyed Shagufta said, “The last 32 years among the 36 years have been wonderful. I struggled a lot, worked a great deal too, supported my family and myself. But four years ago, several auditions took place, a lot of things happened but nothing was working out. During that time, the problem with my leg increased because of diabetes, which also affected my eyes. I don’t know why but I couldn’t tolerate the pain of these four years. The Industry is my home, I have given 36 years to it.” 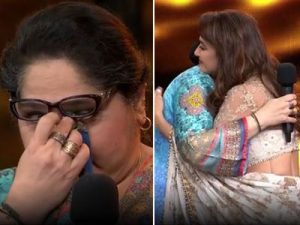 Madhuri Dixit then came on stage and consoled Shagufta by stating, “You had written that you have nothing to even sell right now. You have reached such a stage today, so from the ‘Dance Deewane’ team, we would like to do something for you. From them, I would like to give a cheque of Rs 5 lakh.” Shagufta replied, “Thank you so much. I have no words.”

She had told news agency PTI that she has been out of work since 2018. “It’s a long treatment and an expensive one, for which I was facing financial troubles. So I finally opened up to friends in the industry, asking for help because I was unable to carry on without support…I tried to manage things on my own by selling off my car and jewellery as I didn’t ask for help initially. I had no mutual funds or fixed deposits so the money came from there to run the house,” she had said.