Bollywood superstars Amitabh Bachchan and Shah Rukh Khan have worked together in many movies. They include Mohabbatein, Kabhi Alvida Naa Kehna, Veer Zara, and many more. The recently released Brahmastra: Part One – Shiva includes too. But one of their favourite movies is Kabhi Khushi Kabhie Gham.

In the 2001 family drama, SRK played the role of Rahul, the adopted son of business tycoon Yashvardhan Raichand – played by Big B. Their cute moments in Shava Shava, heart-touching scenes, and their reel-life relationship won hearts. Meanwhile, the pair share a warm bond off-screen as well. Meanwhile, this convinced Khan’s son AbRam that they are father and son in real life. 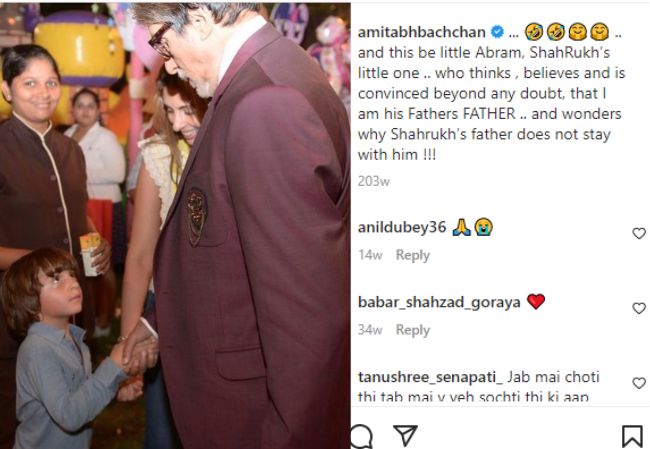 Yes, Amitabh Bachchan revealed that he thinks he is his grandfather. After interacting with him at a party, he shared an adorable post reminiscing about the meeting. The picture showed Shweta Bachchan introducing AbRam to Big B. The little boy was seen shaking hands cutely with the superstar.

Amitabh Bachchan wrote, “And this be little Abram, Shah Rukh’s little one… who thinks, believes and is convinced beyond any doubt, that I am his father’s father…And wonders why Shahrukh’s father does not stay with him!” 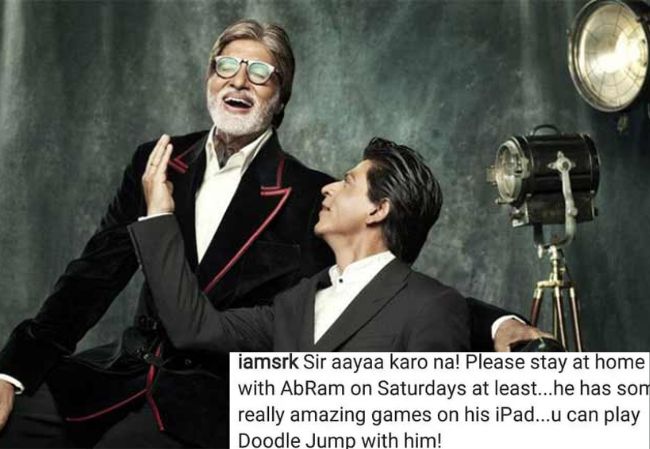 Shah Rukh replied, “Sir aayaa karo na! Please stay at home with AbRam on Saturdays at least… He has some really amazing games on his iPad… U can play Doodle Jump with him!“