Shahid Kapoor Says The Story Of Jersey Is Special For Him

Actor Shahid Kapoor shared the first poster of Jersey and stated that the trailer for the film will be released on November 23. The actor shared the poster and wrote, “IT’S TIME! We have waited to share this emotion with you for 2 years. This story is special. This team is special. This character is special. And the fact that we get to share it on the big screen with you all is special. I don’t have the words to express my gratitude. I hope you all feel what I felt when I played him.” 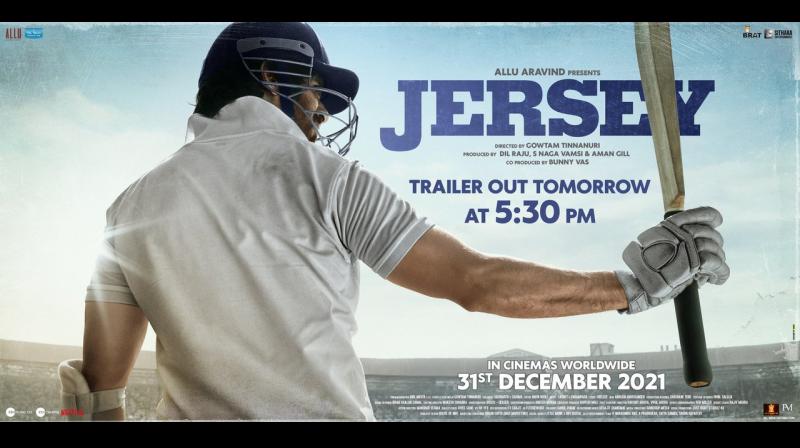 Jersey is the Hindi remake of the Telugu film Jersey. The Telugu film was released in 2019 and starred Nani and Shraddha Srinath in the lead roles. The film narrates the journey of how Arjun, the failed cricketer, aims to fulfil his dream because of his son. Gowtam Tinnanuri was the director of the Telugu movie, Jersey. Moreover, the movie was awarded in the Best Telugu Film and Best Editing categories at the 67th Filmfare Awards.

In a live interaction, the Jab We Met actor said, “I watched Jersey before Kabir Singh. At the time when I saw it, I was unhappy. I used to think about where my career would go and what I would do next. So, I could relate to the storey of Jersey, which is about late success. It’s about a man who finds glory at a time when people retire.” The actor admired the acting of Nani, who played the lead role in the Telugu movie, and said that his acting made him cry three-to-four times. The upcoming projects of Kapoor include the Raj and DK’s Amazon series and a film with Ali Abbas Zafar.