Shamita Shetty Faints After A Massive Fight With Devoleena Bhattacharjee, Karan Kundrra Carries Her In His Arms- Deets Inside!

After scoring low on TRP charts for the last few weeks, Bigg Boss 15 is finally showing a rise in its ratings. To add up spice to the show and to save the drowning ship, makers decided to rope in some experienced entertainers from the previous seasons. Last week, we saw Rakhi Sawant, Rashmi Desai, and Devoleena Bhattacharjee making an entry into the controversial house. Along with these three, we also witnessed Rakhi’s better half, Riteish, coming inside the house as a wild card. And seems like the plan of the makers is showing success. The show has become an interesting watch after the entry of new contestants.

In the recent promo, Shamita Shetty, who is playing the game with utmost dignity, is seen getting fainted and falling in the arms of Karan Kundrra during a fight with co-contestant Devoleena Bhattacharjee. 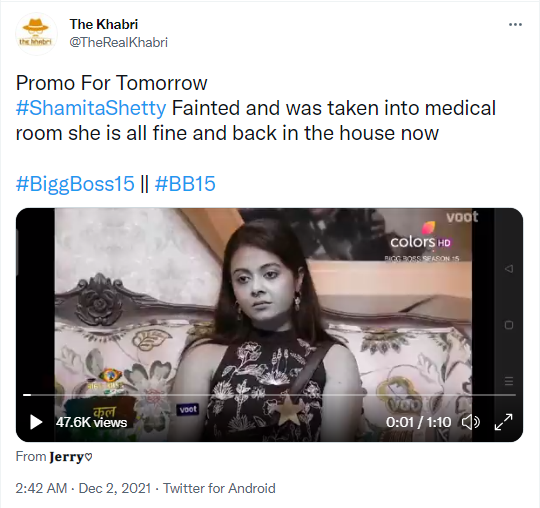 The argument between Shamita and Devoleena began during a task to save the prize money. As the fight proceeded, Devoleena told Shamita, “Ye tu tadak apne ghar pe karna idhar nahi (Talk with some respect while you are here).” Shamita then responded with, “Where is your brain, darling? In your a**?”

The Saath Nibhana Saathiya actress was then seen charging towards Shamita as Rajiv Adatia stood by her side. Devoleena said, “Teri Shettygiri yahan par nikal doongi (I will show you your place).” Many housemates tried to pacify both Shamita and Devoleena.

Shamita was then seen fainting in the arms of Karan Kundrra who lifted her quickly and rushed to the medical room. As Karan took Shamita to the medical room, Rashami Desai yelled, “If you can’t take criticism, it is her fault.” Devoleena, who was standing by her side and said, “Then she should also refrain from criticizing others.” 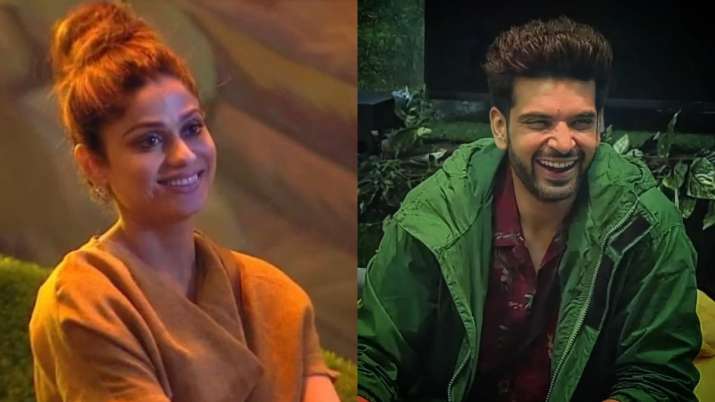 After this unfortunate incident, Shamita had to be kept in the medical room for some time. She returned to the house later. After the promo went viral, ex-contestant Neha Bhasin, who was Shamita’s ally in the show, assured her fans that she ‘will be fine’. She posted a note on Instagram which read, “Don’t worry Shamita will be fine. Can’t say much.”

In the same promotional video, viewers also witnessed Karan Kundrra and Pratik Sehajpal pushing each other after Rakhi Sawant said that the contestants were not even fighting with each other. Umar Riaz also tore Pratik Sehajpal’s T-shirt.

For the unversed, Bigg Boss has divided contestants into two categories. Devoleena Bhattacharjee, Rashami Desai, Rakhi Sawant, Abhijit Bichukale, and Ritesh are the VIPs. Shamita Shetty, Karan Kundrra, Umar Riaz, Pratik Sehajpal, Tejasswi Prakash, and Nishant Bhat are the non-VIPs. The non-VIPs are supposed to do all the household chores and to listen to the orders of VIPs.