Yash Raj Films is all set to hit the big screen after a long time with ‘Bunty Aur Babli 2’, the directorial debut of Varun V Sharma, who was an assistant director in blockbusters ‘Sultan’ and ‘Tiger Zinda Hai’. Apart from Saif Ali Khan, Rani Mukerji, and Siddhant Chaturvedi in the film, there is a lot of curiosity among the people about the new actress Sharvari Wagh. Sharvari also received a lot of praise in the Kabir Khan-directed web series ‘The Forgotten Army’ released last year. In the film ‘Bunty Aur Babli 2’, she is playing the role of a new age thug Babli and she looks quite cool in the film’s trailer which was released on Monday. Her golden bikini picture, which came out with the first look of the film, has also caught the attention of the people. 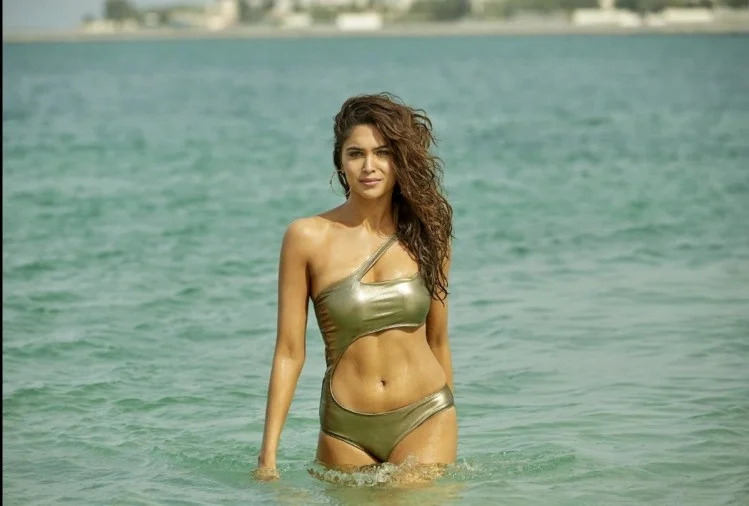 Sharvari, who is going to debut on the big screen as Nai Babli in the film ‘Bunty Aur Babli 2’, the moment she never forgets during the shooting of this film is wearing a super sexy metallic golden bikini for a scene in the film. . When she stepped out of the water wearing it on the beach of Abu Dhabi, she stunned the entire unit of the film with her moves and gestures. Her look has reminded people of Priyanka’s stunning one-piece bikini sequence in the film ‘Dostana’. Sharvari says, “I have always been a true Bollywood fan. I was thrilled when I realized that I would get to come across as one of the finest Bollywood queens/divas in my very first film. Used to be.” She adds, “Things got more exciting when I got a chance to don the golden swimsuit/bikini look as it is very similar to none other than the cool and sexy Priyanka Chopra bikini avatar from ‘Dostana’.” 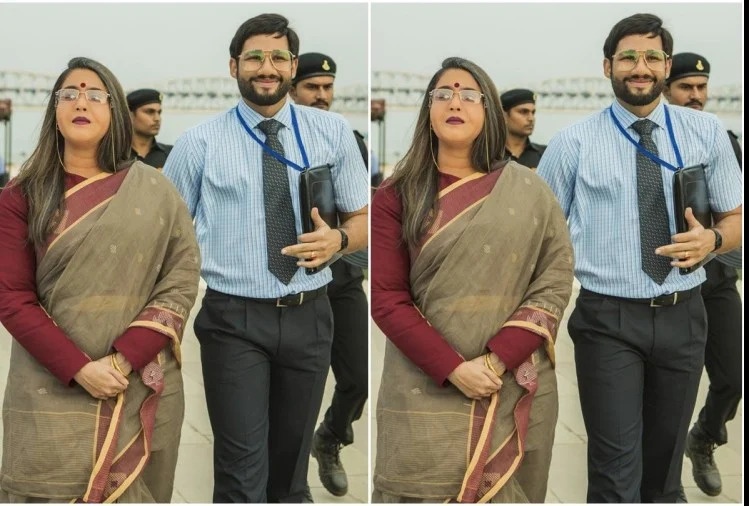 Sharvari still remembers all the moments of this scene. She tells me that she was glowing with excitement on the day of shooting. Says Sharvari, “I was thrilled and confident filming this scene on the day of the shoot. I put in a lot of hard work to be in great shape and our best crew shot it beautifully. It is my mini. There was a PC fan girl moment.”
Yash Raj Films’ Bunty Aur Babli 2 is all set to release worldwide on November 19, 2021. It is a comedy in which Bunty and Babli of different generations clash with each other in a race to prove themselves as the best. Saif Ali Khan and Rani Mukerji are playing the role of old generation Bunty Aur Babli in the film, while the new Bunty-Babli is played by Gully Boy fame actors Siddhant Chaturvedi and Sharvari.