Shilpa Shetty Dodges Question On Raj Kundra; Says, “We Are Here To Celebrate A New Beginning”

Shilpa Shetty attended the trailer launch event of her next film Nikamma and talked about ‘tough times’. In the film, she will be seen as a superwoman.

Actor Shilpa Shetty is all set for her upcoming film Nikamma with Abhimanyu Dassani and Shirley Setia. At the trailer launch event of the film, she was asked about her ‘tough times’ in regards to her husband, businessman, Raj Kundra who was arrested last year in an alleged pornography-related case. She replied that the event was about her upcoming film and not her personal life.

Raj Kundra was arrested in an alleged case related to the production and distribution of pornographic content. While he was granted bail after spending two months in jail, he continues to avoid making public appearances. In the latest paparazzi video, he was spotted in a white full covered hoodie that concealed his face. Shilpa acknowledged that the last two years have been tough for a lot of people, including her. She told ETimes, “I think we are here to celebrate a new beginning not just for me but our director Sabbir (Khan) and actors Abhimanyu and Shirley who have worked very hard on this movie. I don’t think this is about me or my life.”

Hinting toward ‘tough times’, she went on to add, “We’ve all in our lives have been through a difficult phase. The last 2 years have not just been difficult for me but a lot of people. The film industry in general, too. Because films have been ready, they’ve been in the can but not been able to see the light of the day. People couldn’t come into theatres. But, this is a big moment for us.” 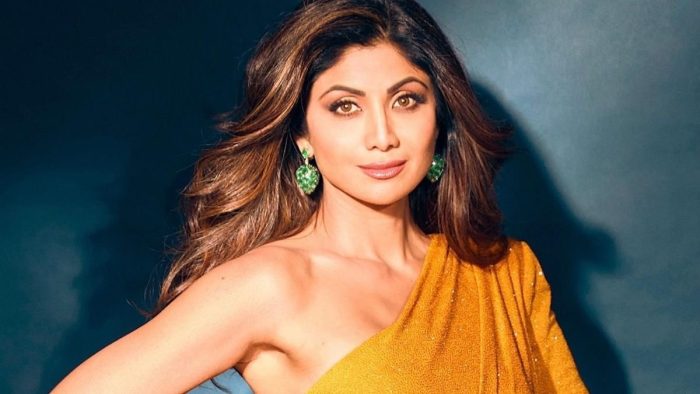 Talking about tough times, she previously told Hindustan Times on Mother’s Day, “I have always believed that in life, you have to find a purpose. Even in the chaos, my purpose was my children and will always be them. Stepping out in difficult times, with a brave front, to go back to work was only to show my kids, (especially my son) because he is at an age where he understands things.”