Shilpa Shetty is one of the paparazzi’s favourite stars. She is often seen in the city. The paparazzi never miss an opportunity to capture her through their lenses. Shilpa too is usually quite friendly with them, greeting everyone with a warm smile. She makes sure they get her good clicks. But today felt a little different. The actress was seen out on the town as always. She greeted the paparazzi gracefully but later looked a little flustered. Her reaction took all the limelight. 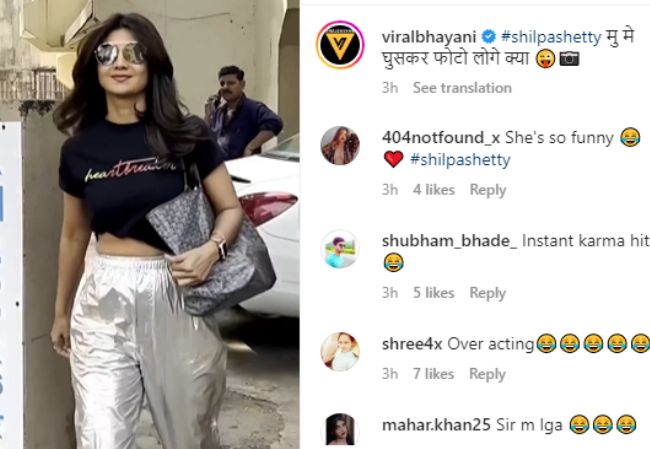 In the video, we see Shilpa Shetty dressed in a beautiful silver blingy jumper. She paired it with a black crop top. She wore her hair down. She carried a grey tote bag. She wore black round sunglasses. When she came out and saw the paps, she first posed in a funny pose and smiled. Later when she reached her car, the paps were still behind her asking her to pose. She blurted out, “mu me ghus ke photo loge kya?” 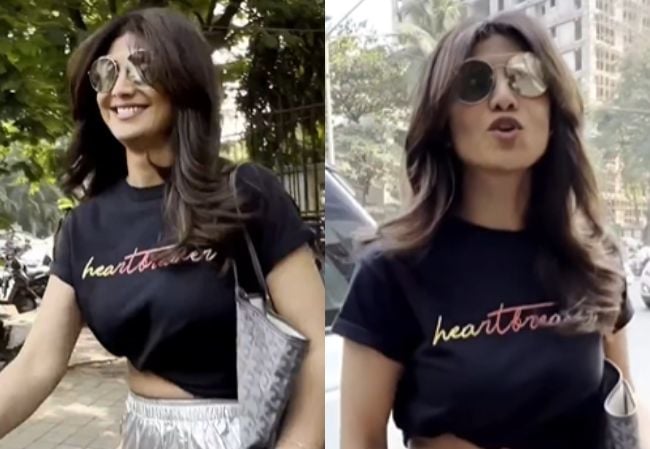 Meanwhile, talking about the work front, Shetty will make her OTT debut with Rohit Shetty’s series ‘Indian Police Force.’ She will be seen in the main role opposite actor Sidharth Malhotra. As of now, she is a judge on the famous dance reality show ‘Super Dancer.’ She has a great fan following for it.