Shilpa Shetty Seen Doing Push- ups And Lunges In A Moving Bus, Got Motivated By Sharing The Video!!

Shilpa Shetty is counted among the fittest actresses of Bollywood. She often inspires her fans with her fitness. Apart from this, she is also very active on social media and often shares her photos and videos. Recently, the actress has shared a video, in which she is seen motivating people to exercise. 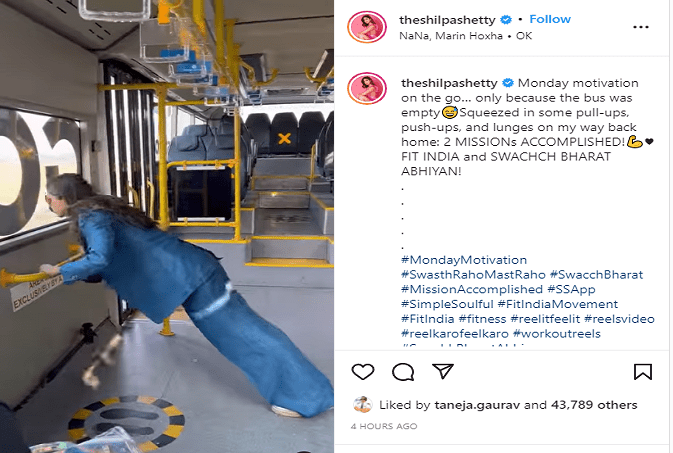 Actually, Shilpa Shetty has shared a video on her Instagram account, in which she is seen doing push ups, lunges and pull ups in the airport shuttle. In the last, she is also seen cleaning the handle of the bus, holding which she exercised. Talking about the look of Shilpa Shetty, she is wearing a semi formal outfit in blue color. Apart from this, she is seen in glasses and open hair. 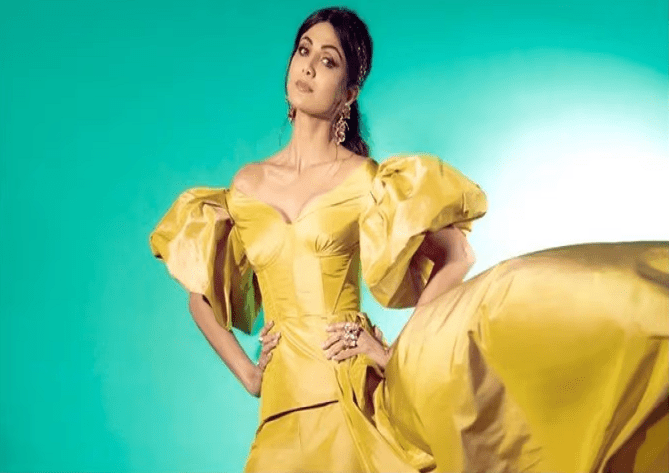 With this video, Shilpa wrote that Chalte Phirte Monday Motivation… That’s because the bus was empty. On the way to home, I did some pull-ups, lunges and push-ups on the way…Two missions completed. Fit India Movement and Swachh Bharat Abhiyan. Along with this, Shilpa has also used many hashtags, which include Healthy Raho Mast Raho, Fit India Movement, Workout Reel. 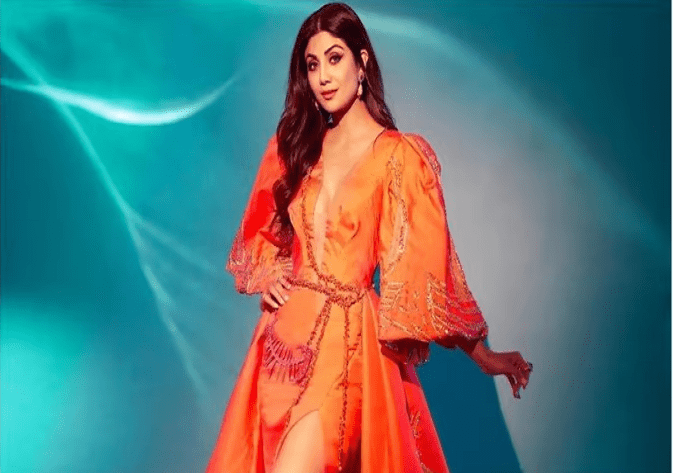 Let us tell you that Shilpa Shetty has recently hosted a show named ‘Shape of You’, in which she was seen talking to many stars about their personal life and fitness, and how they maintain their health in their busy schedules. At the same time, Shilpa was also seen judging a reality show ‘India’s Got Talent’. Now she will soon be seen in Rohit Shetty’s cop drama ‘Indian Police Force’.