Siddharth To Play The Role Of RAW Agent In ‘Mission Majnu’, Hindi Cinema Is Full Of Spy Films These Days; Have a Look

These days it is a new fashion in Hindi cinema to become an agent of the country’s intelligence agency Research and Analysis Research (RAW). Ever since Salman Khan became a Tiger on the big screen, the world of RAW is gathering new colors from the big screen to the small screen and the digital world. The attitude that Kay Kay Menon gave to the character of Raw Agent in Disney Plus Hotstar’s series ‘Special Ops’ has made crores of fans. Wearing a RAW agent’s cloak in Akshay Kumar’s film ‘Bellbottom’ may not have gone down well with the audience, but the queue is still occupied by Shah Rukh Khan to Siddharth Malhotra, who is said to be Karan Johar’s search. Siddharth has become a RAW agent in the film ‘Mission Majnu’. The completion of the shooting of this film was celebrated with pomp. 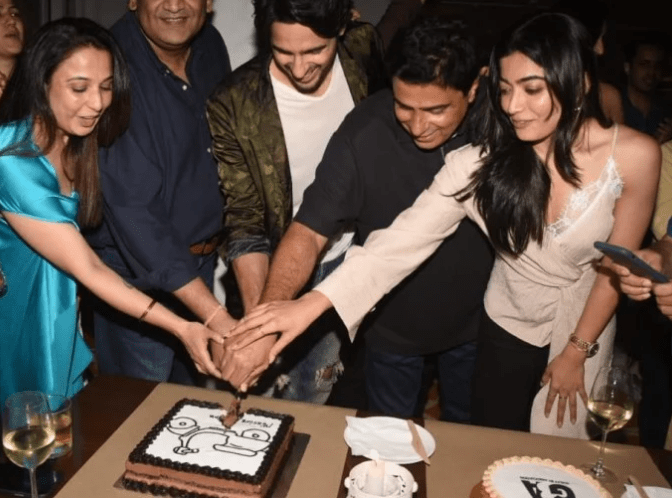 The film ‘Mission Majnu’ has been in the news since its inception but less about its story and more about its heroine Rashmika Mandanna. Rashmika is making her debut in Hindi cinema with this film. In the film, Siddharth Malhotra left his film which was being made as a remake of Tamil hit film ‘Thadam’. Siddharth had a double role in this film. The film was also officially announced but as soon as the story of Shahrukh Khan’s proposed film with director Atlee was revealed to be similar to ‘Thadam’, Siddharth left the film. Now Aditya Roy Kapur is starting work in the remake of ‘Thadam’ and Siddharth has finished the work of ‘Mission Majnu’.

Siddharth Malhotra’s previous film ‘Shershaah’ has won the same title of the most-viewed film on Prime Video as Ayushmann Khurrana and Amitabh Bachchan’s ‘Gulabo Sitabo’ got the same title last year. The IMDb rating of movies shown on Prime Video is good now because IMDb and Prime Video are two branches of the same company Amazon. Now the next hopes of Siddharth’s career will rest on the film ‘Mission Majnu’. Set in the 1970s, Siddharth Malhotra will play the role of a RAW agent who leads India’s covert operation on Pakistani soil. 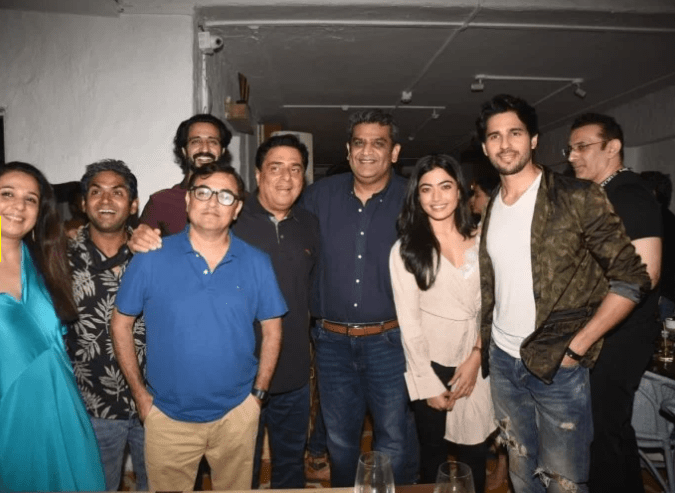 Siddharth With The Cast

Directed by Ronnie Screwvala, Amar Butala and Garima Mehta, ‘Mission Majnu’ has been written by Parvez Shaikh, Asim Aroda and Sumit Batheja. The film, directed by Shantanu Bagchi, will also feature Sharib Hashmi and Kumud Mishra in pivotal roles apart from Sidharth Malhotra and Rashmika Mandanna. On the completion of the shooting of the film, Amar Butala says, “Despite shooting in these challenging times, we are extremely happy that we have completed shooting for Siddharth’s part in our stipulated time frame.”

The series of espionage films that started in Hindi cinema with director Raj Khosla’s film ‘CID’, from ‘Tiger Zinda Hai’ to ‘Tiger 3’ has gained tremendous expansion. Akshay Kumar’s entry in this game has already been done with director Neeraj Pandey’s spy films ‘Baby’ and ‘Naam Shabana’ before the film ‘Bellbottom’. Shah Rukh Khan will be seen spying in his next film ‘Pathan’. His account also includes a flop spy film ‘Badshah’. Aamir Khan has also been seen running an intelligence campaign against anti-national elements in the film ‘Sarfarosh’ years ago. John Abraham has shown espionage exploits in the films ‘Madras Cafe’ and ‘Raw’. Not even Kangana Ranaut is behind who will be seen playing a detective in her next film ‘Dhaakad’. Before her, people appreciated Vidya Balan in the film ‘Kahaani’ while searching for the criminal in disguise. And, Alia Bhatt’s character of Raw Agent in ‘Raazi’ has become one of the finest chapters of Hindi cinema.