Sidharth Shukla And Asim Riaz Pretending To Fight Just To Entertain The Audience? Know The Truth

The thirteenth season of one of the most controversial shows “Bigg Boss” is living up to the expectations of its audiences and providing them with their daily dose of masala and gossips. The 13th season has started with a bang and has got our eyes glued to the television ever since. From budding romance, friendships to fights all the episodes of the show are enough to grab eyeballs. And nowadays Sidharth Shukla and Asim Riaz are grabbing the maximum attention.

Siddharth Shukla and Asim Riaz are fighting like cats and dogs. The two got into a major verbal spat which later turned into a physical fight. They pushed each other quite a few times and other housemates had to intervene to stop their fight. Today, the fight shall continue. Knowing Sidharth’s aggressive behaviour and Asim’s motormouth, the fight is getting uglier. 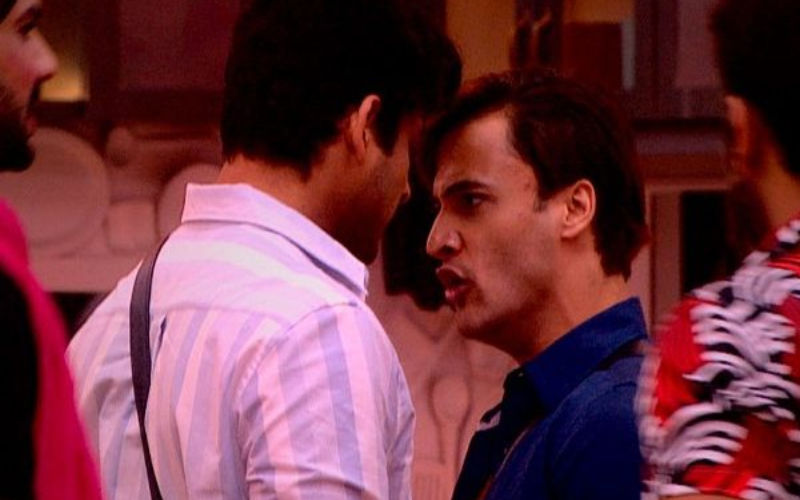 However, a small clip from yesterday’s episode is giving us some hopes that the fight between the two might be fake. In the video, both Asim and Sidharth can be seen planning a fight just to entertain the audience. Sid can be seen saying, “Jhagda karenge yaar….phokat m entertain nahi karenge” to which Asim replies, “I am not into that”. Watch the clip we are talking about.

Sid told Asim let’s pretend to fight and you can also vent out in it. #BB13 #WeStandByAsimRiaz pic.twitter.com/f4iXm0AyJD

Well, we don’t know whether they are pretending to fight or not but by the looks of it, it seems that they are now enemies and will never let go off an opportunity to bring the other down.