Parmish Verma, a prominent Punjabi musician and actor known for hits like ‘Gaal Ni Kadni’, ‘Shada’, and others, is marrying Canadian politician Geet Grewal. The couple shared a slew of photos from their special day, stating that it was merely the ‘Beginning of Forever.’ On their wedding day, the Taur Naal Shadaa singer also surprised his fiancée with a Bentley, which he captured in a video. 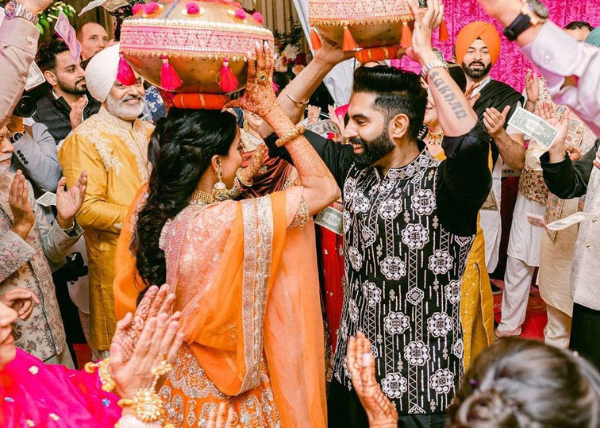 A Bentley is a luxurious car, and Geet Grewal was overjoyed when she received one as an engagement gift. Parmish’s fiancée’s response to the car, which was olive green in colour, was captured on camera. Parmish gave Geet the key to the car and kissed her on the cheek after presenting her with it.

In the caption of the post the singer wrote, “Thank you for inspiring me to be Better for you. I love you, Babe. @grewalgeet_ Everything that I am or Ever Will be is for You.” Parmish could be seen donning a smart black suit and Geet stunned in a green lehenga with delicate floral embroidery, which she paired with ethnic jewellery.

The couple also posted photos from their Mehendi ceremony lately. Fans got a glimpse of the celebrations as the couple took the next stage in their relationship with the photos. Parmish dressed in a black suit. Geet was dressed to the nines in a gorgeous lehenga. She accessorized her ensemble with ethnic jewellery. In one of the pictures, he was seen kissing his fiancée on her forehead. The same was captioned, “The beginning of forever- P&G.” 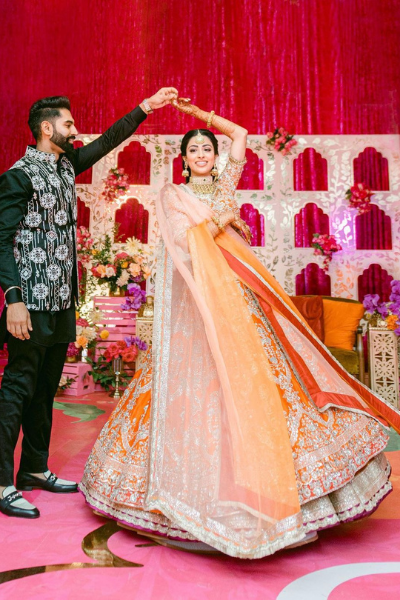 Parmish Verma made his relationship with the politician public early this year, and since then, he has been publishing images with her online. He also supported her while she concentrated on running her electoral campaign. He also shared a photo of her alongside her colleagues and other politicians, including Canadian Prime Minister Justin Trudeau. He wrote in his caption, “I have witnessed you taking this Route facing challenges on every front. Working tirelessly day in and day out along with your great team of volunteers.”