Actress Alia Bhatt is in a lot of discussion for her stylish style. Her cute and stylish photos and videos keep going viral on social media. Now a video of the childhood pictures of the actress has surfaced, which has been shared by her mother Soni Razdan. In which cute pictures of Alia Bhatt’s childhood are visible. 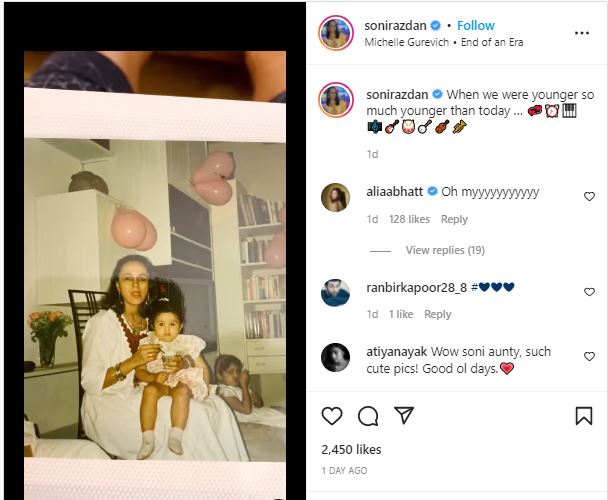 On Sunday, Soni Razdan made a video of her family’s old pictures and shared it on her official Instagram, showing her daughter’s cute and stylish childhood. In this video, little Alia can be seen having fun with her father Mahesh Bhatt and sister Shaheen Bhatt in different styles. Sharing this priceless video on social media, the actress’ mother wrote the caption, ‘When we were young, we are still very young today.’ This video of Alia is being well-liked on social media. So far many thousand people have liked the video and are giving their feedback by commenting. Reacting to the same video, Alia commented and wrote, Oh myyyyy. 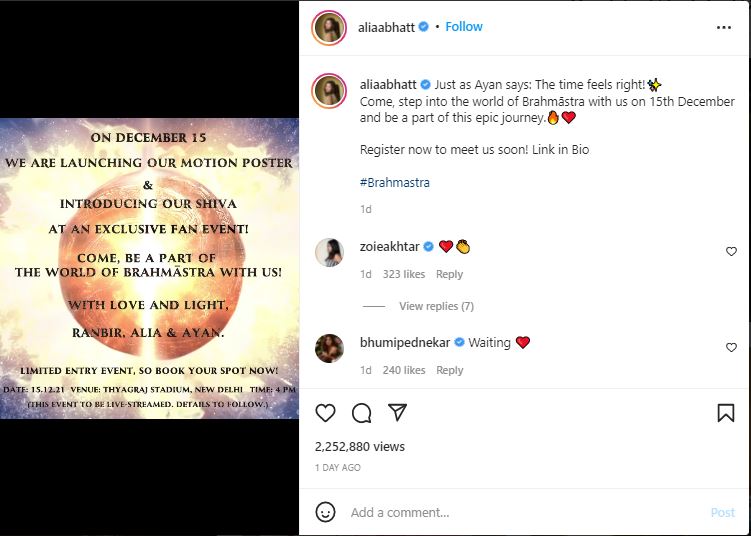 Recently, she shared a video related to the information of his upcoming film Brahmastra and told that, as Ayan says, this time seems right. Come step into the world of Brahmastra with us on 15th December and be a part of this epic journey. It has been told in this video that the motion poster of the film will be released on December 15 at 4 pm at Thyagaraj Stadium in Delhi. 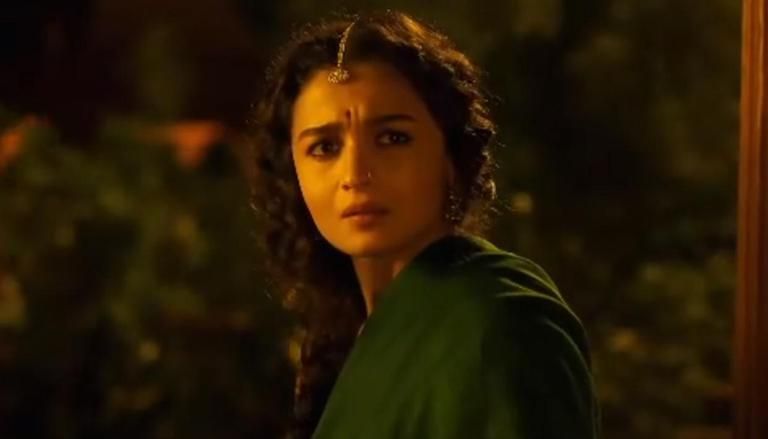 Alia Bhatt is playing the lead character in this film, Ranbir Kapoor. Apart from both, Amitabh Bachchan, Nagarjuna and Mouni Roy are going to be seen in important roles in the film. Directed by Ayan Mukerji, the film is produced under the banner of Dharma Productions. This film is one of the most expensive films of Dharma Productions till date. Apart from this, Alia will be seen in Gangubai Kathiawadi, RRR. RRR will release on 7th January 2022 next year. Ram Charan, Jr NTR and Ajay Devgan will be seen in the lead roles with him in this film. This film has been directed by S. S. Rajamouli.