Explaining that he has always been choosy with scripts, irrespective of a film’s language, Sonu Sood says that working in south Indian films helps him avoid films that he’d have done just to be seen.

Sonu Sood has said that working in south Indian films saves him from doing ‘bad Hindi films’. Sonu started his career in films with Tamil films Kallazhagar and Nenjinile in 1999. He also featured as the antagonist in Telugu movies Hands Up and Majunu before making his Hindi film debut with Shaheed E Azam in 2002.

Sonu is currently gearing up for the release of Samrat Prithviraj. He plays poet Chand Bardai in the film that features Akshay Kumar in the titular role of king Prithviraj. The film also features Sanjay Dutt and Miss World 2017 Manushi Chhillar in her debut. The film will hit theatres on June 3.

Sonu told Indian Express, “I have always been choosy with my scripts, whether I do Tamil, Telugu, or Hindi films. South saves me from not doing bad Hindi films. Otherwise, there comes a phase when you think you’re doing a film just for the sake of being seen in a big film. South helps me from staying away from doing that.” 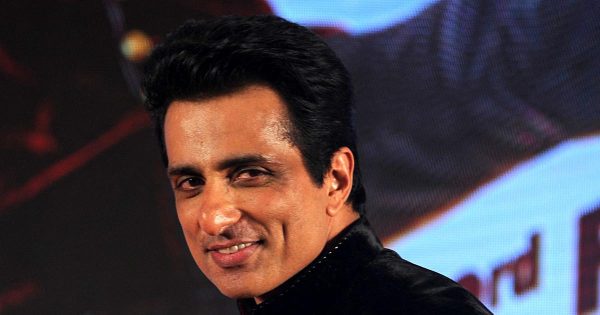 Sonu was most recently seen in the Telugu film Acharya as the antagonist. Chiranjeevi and Ram Charan starred in the film. Sonu will next be seen in Dr. Chandraprakash Dwivedi’s Samrat Prithviraj. The film was previously titled Prithviraj. After objections from the Karni Sena, Yash Raj Films decided to change the film’s title.

Talking about his role in Prithviraj, Sonu recently told PTI, “When we used to listen to stories of Chand Bardai, we would feel very inspired. I never thought I would get the opportunity to play Chand Bardai in a film. I wish my mother was alive to see this as she would have been able to see whether I did it correctly or not.”