Popular ’80s actor Mohan is making a comeback in films with “Haraa.” The actor is known for his soft-spoken characters in films such as “Mouna Ragam,” “Payanangal Mudivathillai,” “Idhaya Kovil,” and “Mella Thirandhadhu Kadhavu.” The film “Hara” will be an action drama directed by Vijay Shree G., who had earlier made “Dhadha 87.”

“He will be seen in an action-based role. The story revolves around the relationship between a father and his daughter and urges that it is necessary to introduce Indian law to our children from the school itself. The film will register a common man’s anger,” the director told us earlier.

The team, which is currently busy shooting for the film, had earlier released a glimpse of the film. Now, they have come up with a request from Tamil Nadu Chief Minister MK Stalin, just like Spain’s government decided to grant three days of menstrual leave to women.

“At a time when we are shooting for a sequence in which Mohan’s character requests his daughter’s school to give her menstrual leave. We hope that our Chief Minister, MK Stalin, will also consider implementing a similar decision in our homeland. It is heartening to hear about the Spanish government’s announcement,” the team stated in a statement. 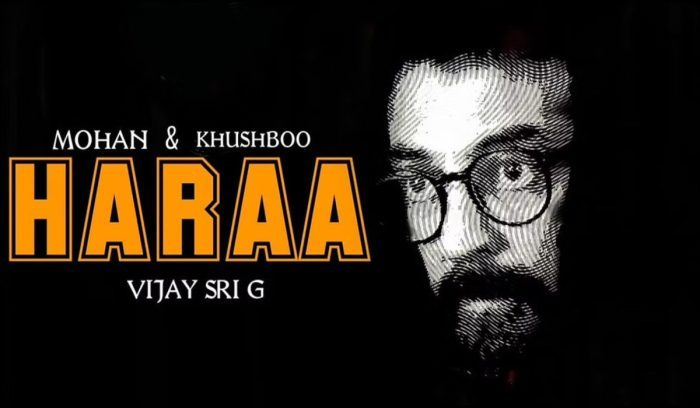 On May 10, the team came up with a sneak peek of the film, which also featured veteran actor Charuhasan playing the antagonist. Interestingly, Charuhasan also played the lead role in the director’s debut film, “Dhadha 87.” It is to be noted that, in “Haraa,” Mohan will be seen with actress Khushboo for the first time in a Tamil film.