National Army Day is being celebrated with great pomp across the country on Saturday. On this occasion, Bollywood actors are wishing the countrymen a Happy Army Day by sharing posts on social media. On this special occasion, actor and BJP MP Sunny Deol have paid tribute to the soldiers of the country by sharing a clip on his official Twitter handle. The actor took to Twitter to share a clip from his film Border. In this film, Sunny Deol has played the main character of Major Kuldeep Singh. The film is based on the Indo-Pak war. 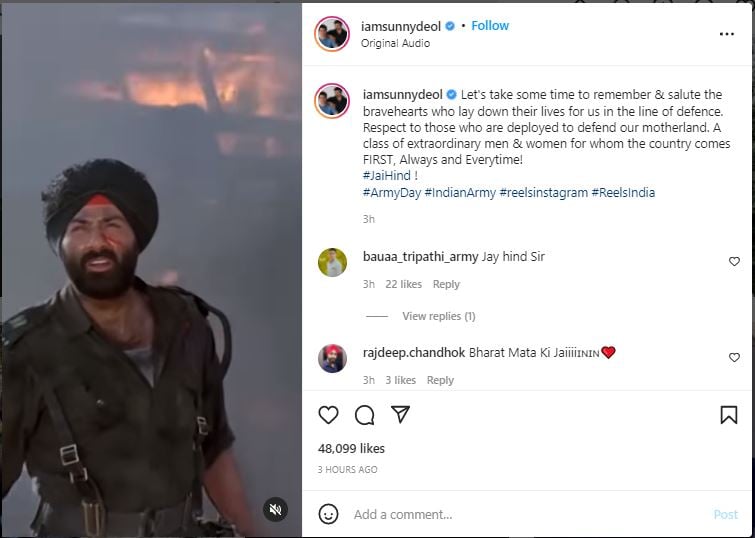 Sharing the video on social media handle, the actor wrote a caption paying tribute to the martyred soldiers of the country, let’s salute and remember the brave hearts who laid down their lives to protect the country. He further wrote; Honor the extraordinary men and women for whom the nation always comes first and who are positioned to defend our motherland. The film Border, directed by Jyoti Prakash Dutta in the year 1997, is one of the most memorable films of Sunny Deol’s career. The actor plays the role of an Indian Army officer. Apart from Sunny Deol, Jackie Shroff, Suniel Shetty, Akshaye Khanna also played important roles in the film. 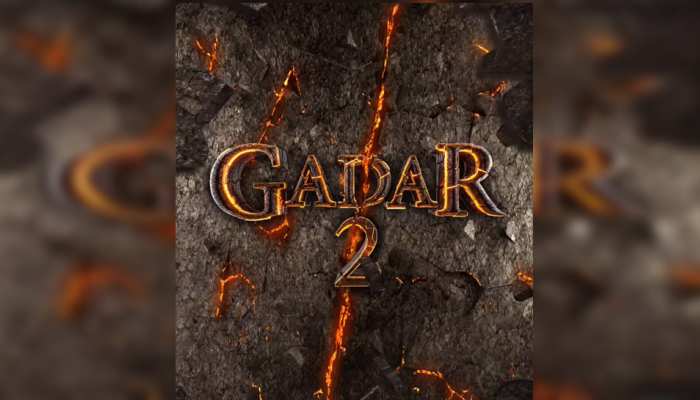 If we do the same thing about the actor’s work front, then he will soon be seen in Gadar 2, the sequel of the film Gadar. In this film, Sunny Deol and Ameesha Patel will be seen carrying forward their respective characters. At the same time, child artist Utkarsh Sharma, who plays his son in the film, is also going to be seen working in this film. For your information, let us tell you that the super hit film Gadar was directed by Anil Sharma and he is also going to direct the sequel of this film. The India-Pakistan angle will be shown differently in the film. The writer of Gadar 2 is Shaktimaan. This film is to be released in the year 2022.