Katrina Kaif and Vicky Kaushal make for one of the hottest rumored couples of Bollywood. The two have made headlines for their relationship multiple times- the latest being the private engagement rumor of the two. Both Katrina and Vicky are probably keeping their relationship under covers for reasons best known to them even after being spotted together at various events.

Sunny Kaushal, brother of Vicky Kaushal is right now promoting his upcoming film Shiddat alongside Radhika Madan. And seems like he shares a great equation with not his brother’s, rumored girlfriend, Kaif.

In a conversation with ETimes, Sunny has opened up on his bond with Katrina Kaif. He said, “I’ve met her. When The Forgotten Army was released, she was there as she’s a very good friend of Kabir Khan. So, I’ve met her a couple of times and she’s very sweet.” 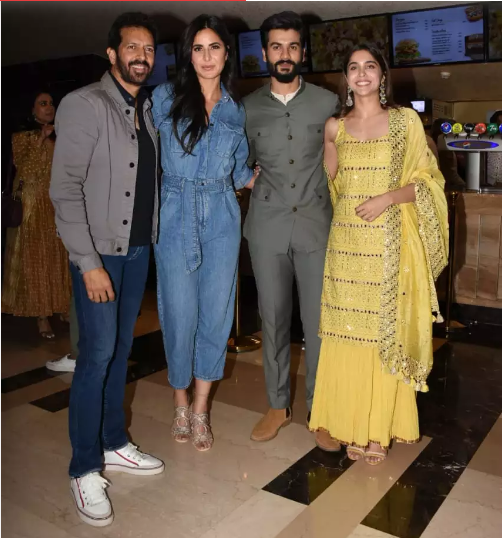 Katrina Kaif at the screening of The Forgotten Army

Earlier this week, Vicky also shared how his family reacted to the rumors of Katrina and Vicky’s engagement. He said that the family and relatives were really miffed about not being invited to this imaginary Roka ceremony. Kaushal said, “We laughed.” Adding further, he said, “I remember that Vicky had gone to the gym in the morning when the rumors started coming. So, when he returned home, mom and dad funnily asked him, ‘Arre yaar, teri engagement ho gayi, mithai to khila de.’ And then, Vicky told them that ‘Jitni asli engagement hui hai, utni asli mithai bhi kha lo.” 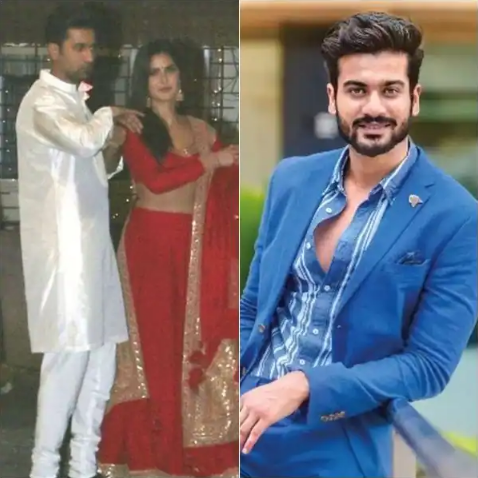 Talking further about the engagement rumors, Sunny speculated on the origin of such a rumor. He said, “It wasn’t anything like that, everybody knew it was nothing. I think, within a few hours they had clarified about it too. We don’t know how that whole thing even started. We just woke up in the morning and there was this news, and then everyone was like, ‘what is this?’ It was like the newspaper saying, ‘Today, there’s no news, so let’s print this’.”

Well, all we can say is nothing was drawn out of context and even Sunny knows it. In fact, he was also spotted with Katrina and Vicky on their trip to Alibaug along with Katrina’s sister Isabelle Kaif. Later Vicky was also seen jokingly suggesting Sunny to date Isabelle Kaif.