Taapsee Pannu who started her career with Telugu, Tamil and Hindi films is now a famous Bollywood actress. She also has been a part of many controversies as soon as she came in the highlight. Taapsee worked as a software professional and pursued a career in modelling before becoming an actress. During her modelling career, she appeared in a number of commercials. The actress is known was speaking her strong opinion for a social issue like humanity, gender equality, how to judge and what not.

Recently a video is going around the rounds where the actress is pressing a guy’s private part. Taapsee is being trolled for the same in the trailer of ‘Mission Mangal’. The film starring Akshay Kumar, Vidya Balan, Taapsee, Sonakshi Sinha and Nitya in crucial roles, the film showcases mission to mars that happened back then in 2009 y ISRO. India was the first country to reach on the planet Mars. The movie is based on the journey. 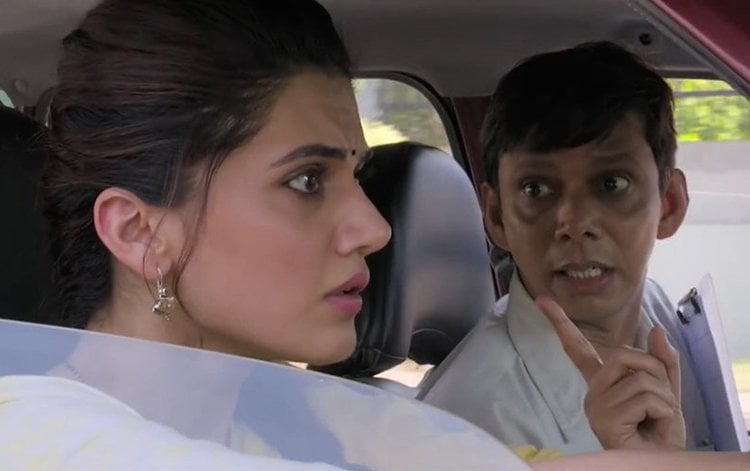 Coming back to the trailer of ‘Mission Mangal’. It created a lot of buzz. As being a patriotic film, a clip where Taapsee who is apparently learning to drive pushes the “wrong gear” as the man screams in pain and shock was not appreciated at all by the people. The question that “What if the scene showed guy doing the same to a girl?” There would already be chaos on the internet with feminine issues. has been raised.

Have a look at what people have to say?

What is your opinion on the same? Is it right to show such scenes?