Bollywood actress Tabu has started shooting for her upcoming film Drishyam 2, the actress has shared a picture on her Instagram handle. In this picture shared by Acts, a clapboard is seen, in which the name of the film and information about the shooting of the film has been given. 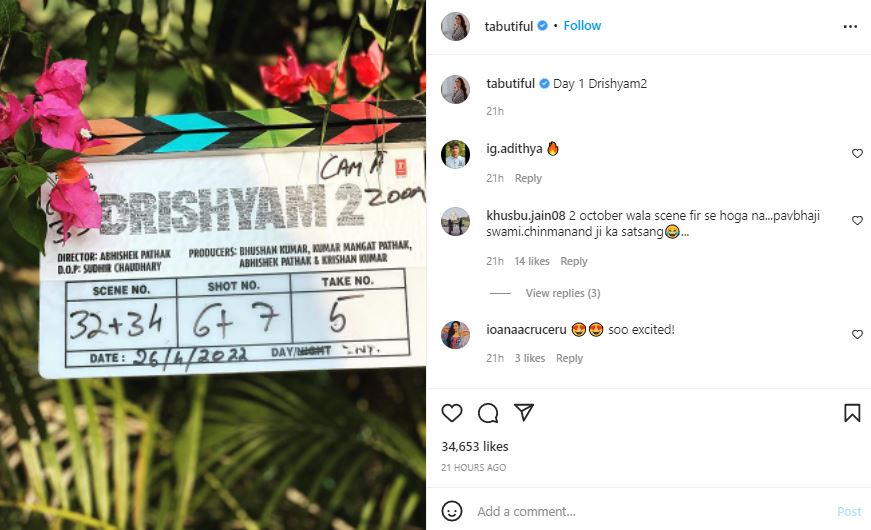 Sharing this picture on her Instagram, Tabu wrote, Day 1 Drishyam 2. According to the information, the actress has shot her sequel film in Goa. Ajay Devgan will be seen playing the lead role with him in this film, while Shriya Saran and Ishita Dutta are also going to be seen in the film. 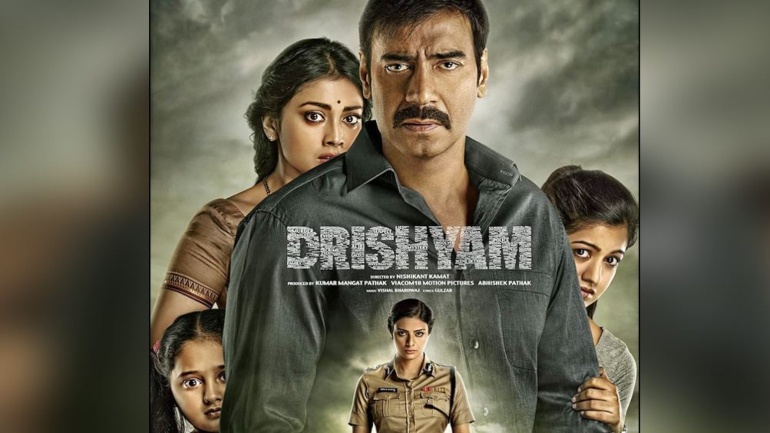 Ajay Devgn will be seen reprising the role of Vijay Salgaonkar in the film, being directed by Abhishek Pathak. At the same time, Tabu will also be seen playing the role of her Inspector of General Police. Let us tell you that ‘Drishyam 2’ will be the Hindi remake of Malayalam film ‘Drishyam 2’ released on OTT platform Amazon Prime Video on 19 February 2021. South superstar Mohan Lal has played the lead role in the Malayalam film ‘Drishyam 2’, who is also getting a lot of praise for this role. 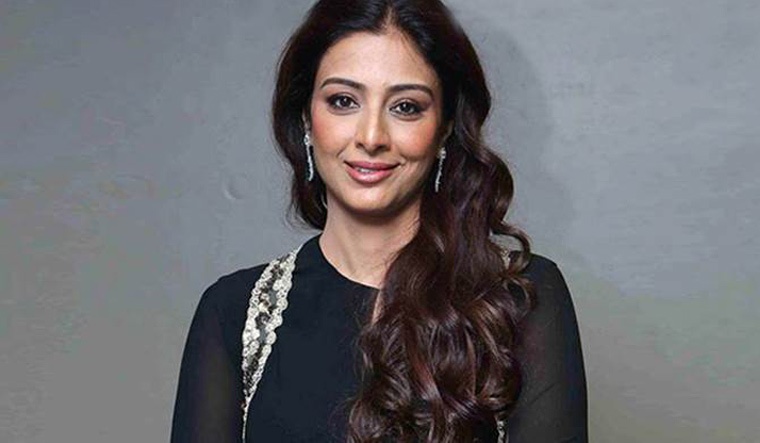 Let us tell you, Tabu was seen in the trailer of Bhool Bhulaiyaa 2 released on Tuesday, in which she is warning Rooh Baba about Manjulika’s return. It is being told that Tabu is playing the character played by Amisha Patel in this sequel film. Directed by Anees Bazmee, the release date of this film has been postponed several times. Earlier this film was scheduled to release in theaters on March 25, but now it will be released in theaters on May 20. Apart from this, Tabu will also be seen playing an important role in Ajay Devgan’s film Bhola apart from Bhool Bhulaiya 2, Drishyam 2.