The Korean Series ‘The Silent Sea’ Is The Most Popular Non-English Show On Netflix- Watch!

The South Korean sci-fi horror series ‘The Silent Sea’ was the most-watched non-English TV show on Netflix. For the week of December 27 to January 2, according to the worldwide video streaming site. According to Yonhap News Agency, the drama topped Netflix’s official weekly list for non-English TV shows. With 47.8 million hours of viewing, far outnumbering ‘The Queen of Flow: Season 2’ with 29.5 million hours and ‘Money Heist: Part 5’ with 26.3 million hours.

‘The Silent Sea’ series is ranked No. 10 in India just below Akshay Kumar’s ‘Sooryavanshi’.Raveena Tandon-led series ‘Aranyak’ and the Malayalam superhero film ‘Minnal Murali.’ holds the top two spots. The week in review saw a major boost in popularity for ‘The Silent Sea’. Which had finished third with 22.2 million hours the previous week. On December 24, the first episode of the eight-part series aired.

It is the third Korean-language series to top the Netflix non-English TV programs ranking, following the global phenomenon ‘Squid Game’ in September and Yeon Sang-fantasy ho’s horror ‘Hellbound’ in November. 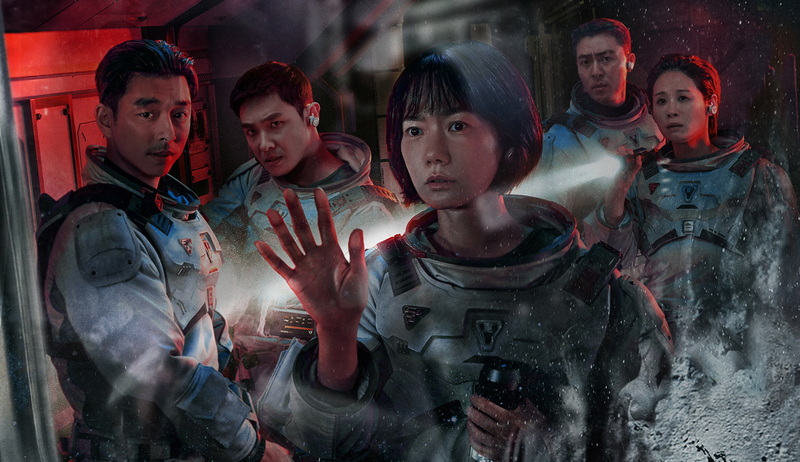 Over one week, ‘The Silent Sea’ was in the Top 10 in 77 countries, according to Netflix. And topped the list in six countries, including South Korea and Thailand.

The latest Netflix original starring Bae Doo-na and Gong Yoo are set on the moon. Where a special squad is charged with discovering the mysteries of an abandoned research facility, Balhae Base.