Kushagra Nautiyal is best known today as an actor in the television series, but it was the music that was Kushagra Nautiyal’s first love. When a true-blue Delhiite was recently in the capital to attend his sister’s wedding, the actor stopped at Hauz Khas Village and Deer park as it hold a special place for him in building his creative obstructions. I couldn’t miss the visit to the park. “As a musician, I used to jam at Deer Park and have even created many melodies here. I used to come here with my bandmates, in this jheel wala area. Wahaan log bhi aa jate the kabhi kabhi. I’m from west Delhi but I would come all the way to be here as it was one place that was so inspirational for me,” says the 29-year-old. 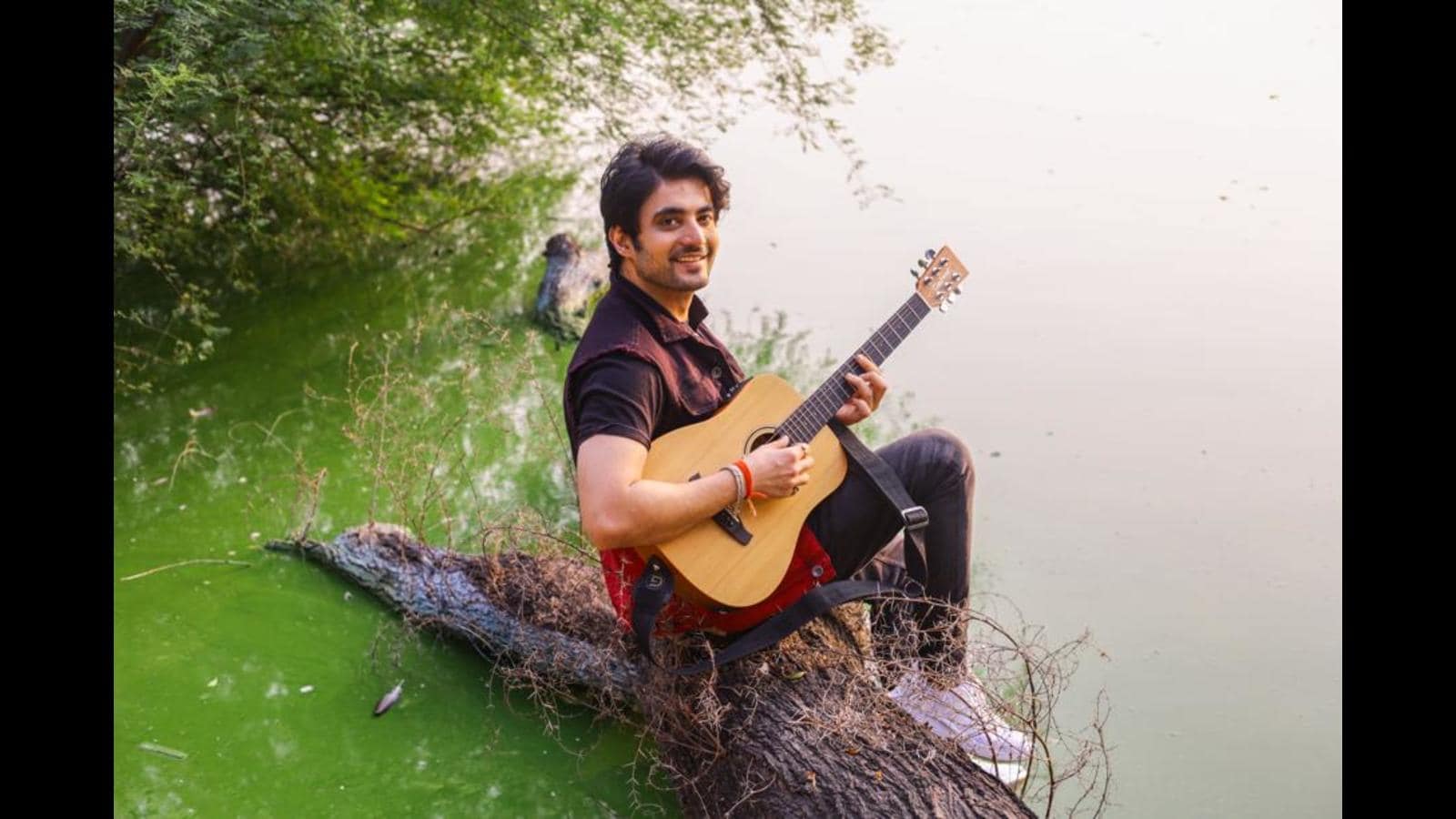 Nautiyal, who is currently on the TV show Kumkum Bhagya, has some nostalgic memories of this peaceful place in South Delhi. “This place helped me a lot to get my creativity back. I have written a lot of songs while at Deer Park, and I will release them soon. In fact, back in the day when I was living in Delhi, I befriended some people at Hauz Khas Village and even rented a small studio here with one of my friends; I lived here for about eight-nine months and even performed here.”

As a musician, he has performed on numerous weddings and that made many guests at his sister’s wedding, to push him to perform. “The band I was part of, used to perform at weddings as well. Toh is baar shaadi par sab kene lage ki kuchh gaa ke sunao… par mai nahi gaa paya because I had a lot of arrangements to make. Aakhir behen ki shaadi thi…. everything had to be on time for the D-day. But I didn’t disappoint those who turned up to just talk to me,” he shares.

And if it’s #DilliwaliShaadi, that certainly means it’s time to eat! The same was true for this actor, who had to prepare well in advance to feast on this special day. “I went on a calorie deficit diet, three days before I had to leave for Delhi. Aur jab main yahan pahuncha, I was like ‘Lets party!’ Tabse jo mai khana shuru hua, ab jaake ruka hun. We had a halwai at our house and aate hi mujhe dal makhni, bread pakode mil gaye. I also enjoyed moong dal ka halwa and lots of paneer. I had so much paneer ki roti khatm ho gayi par paneer phir bhi refill hua plate me. Aur maine rajma bhi khoob khaye. Wahaan (Mumbai) mein I try to be glutton free with a less carb and more protein diet chart. Par ghar, Dilli me aake maine kuch nahi chodha, sab try kiya aur meethe mein jalebi bhi kha li (laughs),” he adds.