THROWBACK! Amitabh Bachchan Shares Picture With Sridevi; It Will Make You Miss Their Chemistry, See Pic!

Sridevi has always been one of the most successful actresses in Indian film. She had amazing features, faultless panache and incredible acting abilities that had won millions of hearts over the years. The renowned actress had shared the screen with some of the industry’s biggest stars, and seeing her on the big screen was a delight. While it’s been over four years since Sridevi passed away, the late actress’s flashback photos are frequently shared on social media.

Amitabh Bachchan, who is an admirer of the late actress, turned to social media to post a throwback photo with her. The photo was apparently taken on the set of their film Inquilaab. The photo showed Amitabh clad in an over-the-knee bathrobe and Sridevi clutching the robe as they performed by the pool. The megastar had tweeted the photo a day after he had posted a quiz on it, asking followers to determine whose hand it was because he had chopped Sridevi out of it. While sharing the pic, Amitabh captioned it as, “इनका हाथ था .. ! It was her hand .. Sridevi .. a few got it right” along with a heart emoticon. 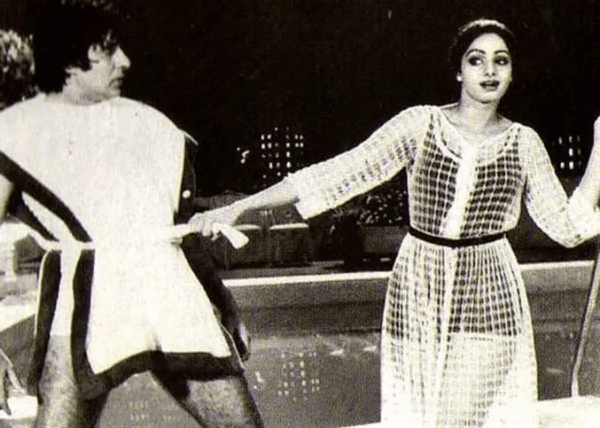 Amitabh Bachchan’s social media game is usually on point, and he enjoys interacting with fans and followers on social media by uploading flashback photos. On Republic Day, he tweeted yet another humorous flashback snapshot. Amitabh was wearing a tricolour beard in the photograph. Not just fans, but even celebrities, crowded the comment area when the photo became viral. 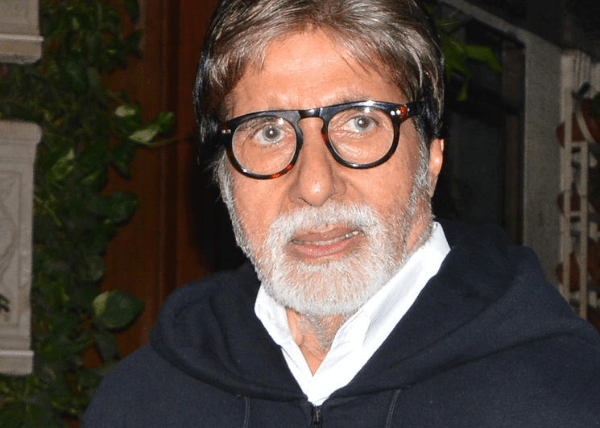 Amitabh Bachchan has a number of projects in the pipeline. Runway 34, starring Ajay Devgn, Goodbye, Brahmastra, starring Ranbir Kapoor and Alia Bhatt, and Uunchai, starring Parineeti Chopra, are among the films on the list. Aside from these, Big B has lined up The Great Man, The Intern, and Jhund.