Tiger Shroff’s Sister Krishna Shroff Shared Her Pictures From The Bedroom, Was Seen In A Hot Look!

Bollywood actor Tiger Shroff is known for his action films in the industry. Like Tiger, his sister Krishna Shroff also always remains in the headlines for one reason or the other. Krishna is a fitness freak just like his brother Tiger. Apart from this, Krishna is also very active on social media. She often dominates social media through her hot and bold photos and videos. Sometimes Krishna even beats Bollywood actresses in terms of her boldness. Meanwhile, some super-hot pictures of Krishna have set the internet on fire. 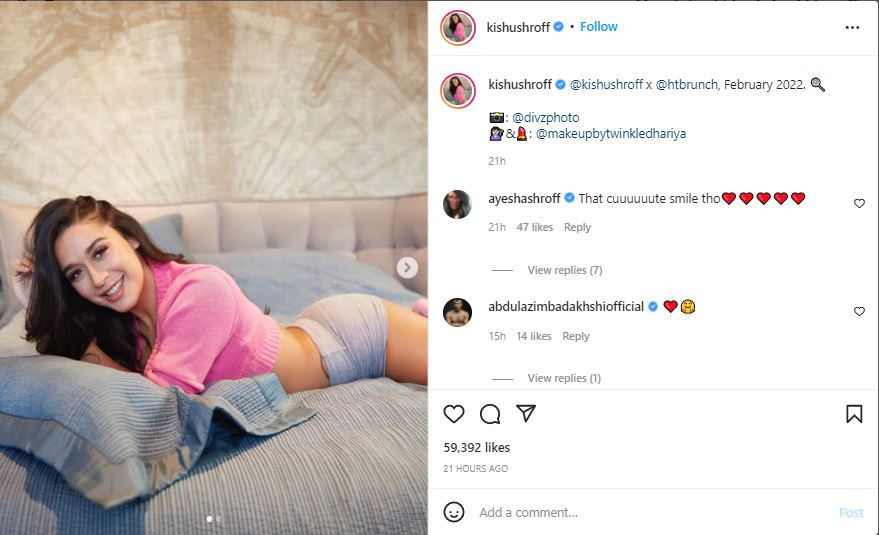 Krishna Shroff has shared his latest bold pictures on his Instagram account. These pictures of Krishna are from his bedroom. In the pictures, you can see that Krishna is sometimes seen lying on the bed and sometimes sitting and posing. At the same time, his bold and killer poses are making fans crazy. During this, Krishna is wearing a pink color crop sweat t-shirt. Along with this, he is wearing very short pants. She is looking super-hot in these pictures. 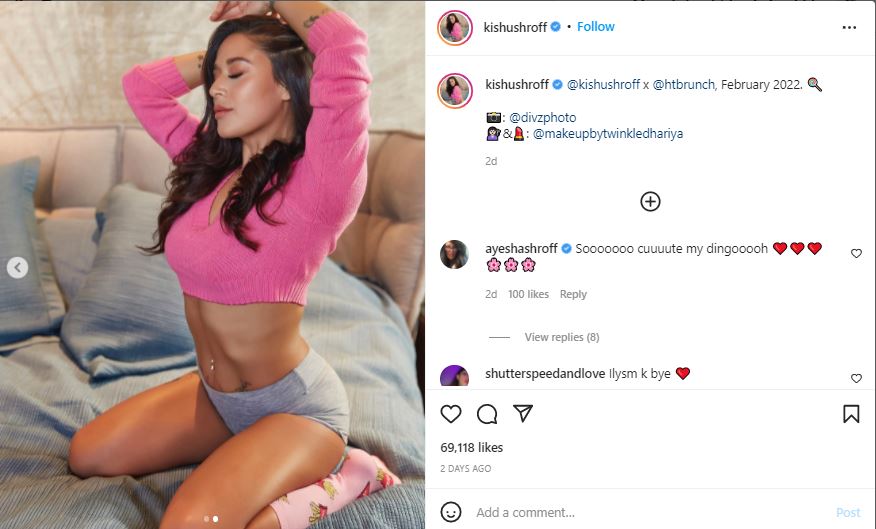 These pictures of Krishna are being liked a lot on social media. At the same time, by commenting on it, users are giving their feedback by commenting like Attractive, Beautiful, I love you, awesome and Amazing, Bold, Fire. This video of Krishna Shroff has been viewed millions of times so far.

Let us tell you that some time ago Krishna’s music video ‘Kinni Kinni Vaari’ was released. Kinni Kinni Vaari is the first music video of Krishna Shroff. His music video was well-liked by the fans. At the same time, it got a good response on social media. In the video, you can see that Krishna is not alone in this song but besides her Jannat Zubair, Jamie Lever, Nagma Mirajkar, Raj Shukar, and Tanvi are also seen in it. At the same time, Rashi Sood has given his voice in this video. It has been written by Diljot Mavi.