Toolsidas Junior Director Recalls He Wanted His Dad & Rajiv Kapoor To Watch Film Together, “But They Left Us

Toolsidas Junior was based on the real-life story of director Mridul and he even wanted his father to watch the movie with Rajiv Kapoor at a special screening.

Toolsidas Junior follows young Mridul in his bid to reclaim his father’s lost glory and win an important snooker tournament on his behalf. While Varun played the titular character, Rajiv Kapoor played his father, a character based on the director’s father. It was Rajiv’s comeback to acting after over three decades.

Speaking about the topic of his film, Mridul said, “Snooker has been a very pivotal part of my life, especially because of the memories it beholds with my father. Toolsidas Junior depicts one of the most cherished parts of my life. I fought hard to bring my father glory back then and I wanted to do the same by making Toolsidas Junior.” 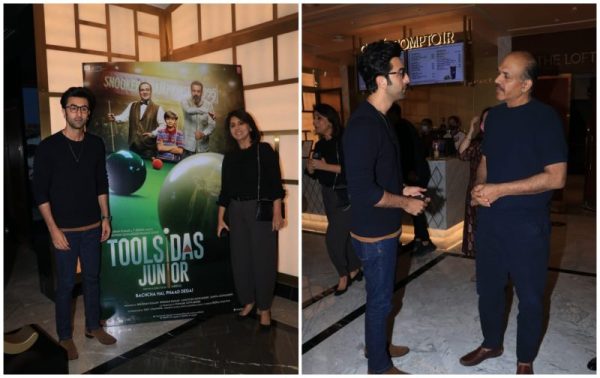 He added, “When the film was almost ready, I had decided to arrange a special preview of the film for my father with Rajiv Kapoor sir, as he plays my father’s character on screen. Unfortunately, Rajiv sir left us in February last year, and soon after that, even my father passed away. However, they both did see the final cut individually before they left us. I’m glad both their memories would live forever in the form of Toolsidas Junior.”

Ashutosh Gowariker, who produced the film, also said, “When Mridul came to me with the script, I didn’t know it was his story, I only felt it was a film I wanted to make. The raw and relatable emotions of Midi’s story found a place in my heart and when I learned it was Mridul’s journey, I could realize why the honesty and heart in it felt so pure. We often say cinema is a reflection of society, Toolsidas Junior mirrors the reality most appealingly.”