Samantha Ruth Prabhu recently left the tongues wagging with her sexy avatar in a special song, Oo Antava, in Allu Arjun-starrer Pushpa: The Rise. The actress looked smoking hot in the song. While many people appreciated Samantha for breaking her image of a simpleton with this new exploration, some rubbed her for being too showy.

In between all this, Prabhu was trolled by a Twitter user for being a divorcee. The user made nasty comments about her separation from Naga Chaitanya and suggested that she ‘robbed’ crores in alimony. In her reply, Samantha simply blessed the troller. The tweet Samantha was replying to read, “@Samanthaprabhu2 is a divorced ruined second-hand item who has 50 crores tax-free money robbed from a gentleman!” In reply, Samantha wrote, “God bless your soul.” 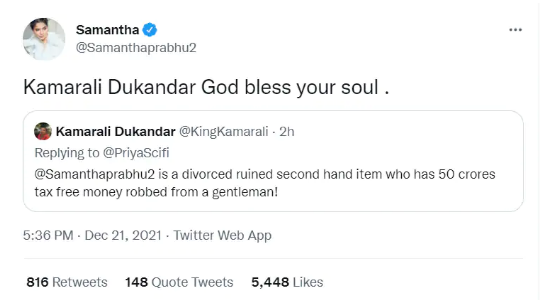 For the unversed, Samantha and Chaitanya announced their separation in a joint statement in October this year. The note that they shared said that they ‘decided to part ways as husband and wife to pursue (their) own paths’. Days later, Samantha slammed trolls who attacked her character by spreading false rumors of her affairs and abortions.

During an interaction with a leading daily, Samantha opened up about getting trolled for her split from Chaitanya. She said that she is grateful for the love she gets and understands that people will be disappointed if her opinions and actions don’t align with their views. 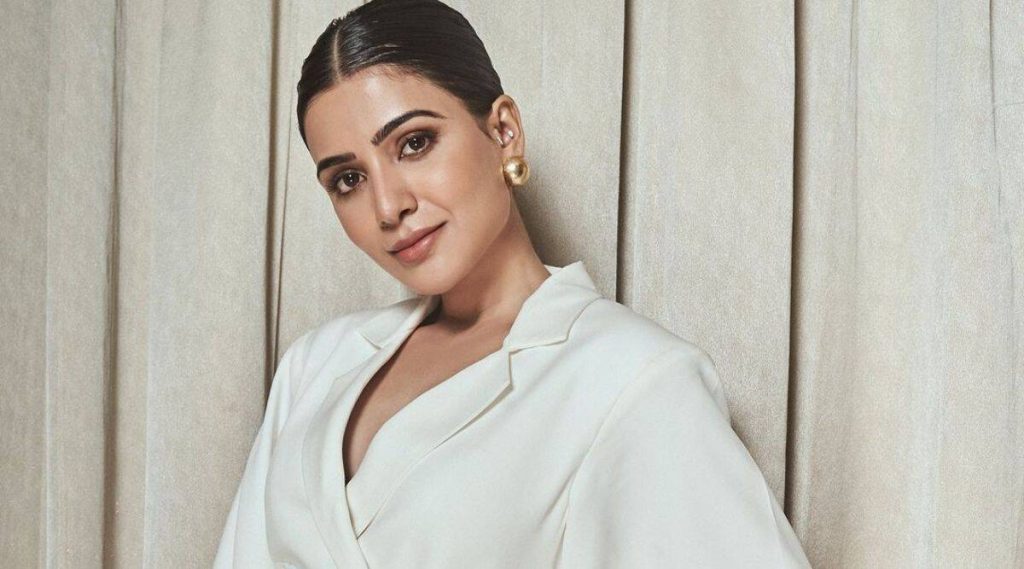 “Yes, they are going to troll and abuse you but then, disagreements happen even between friends and family, right?” she asked. She added that she does not expect ‘unconditional acceptance’ but said that the disappointment should have been expressed in a better manner.