Businessman Raj Kundra came out of jail on Tuesday after spending nearly two months in Mumbai jail in a pornographic film case. A magisterial court had on Monday granted bail to Raj Kundra in the pornographic film case on a surety of Rs 50,000. Raj Kundra, 46, was kept in judicial custody at Arthur Road Jail in Mumbai. Now he is out of jail. According to news agency PTI, Kundra was released from Arthur Road Jail after 11.30 am. Chief Metropolitan Magistrate SB Bhajipale had granted his bail on Monday. After bail, he is now with his family. Meanwhile, his son Viaan Kundra has shared a post on the social media platform. In this post, he is seen with his mother Shilpa Shetty, and younger sister. Just behind him is the idol of Ganesh Ji. This post of Viaan is becoming increasingly viral. The special thing about this post is that Viaan has also written a message with this post that made people like his post so much. 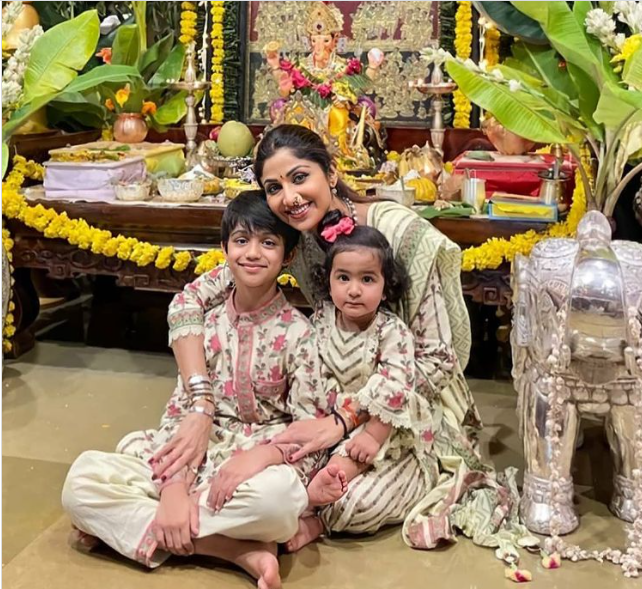 Viaan Kundra wrote on his Instagram post, ‘Life is like the trunk of Lord Ganesha… Troubles are as small as his mouse… Every moment is as sweet as his modak… Ganpati Bappa Morya…’ People are making lots of comments on Viaan Kundra’s post.

Raj Kundra was arrested by the police on July 19 for making obscene films, after which he was facing continuous legal action. After full 2 ​​months, the court has given him relief. At the same time, Shilpa not only supported her husband in the legal battle from outside but also handled the family well.