Twinkle Khanna, an actress-turned-writer, is swooning over her actor-husband, Akshay Kumar. Twinkle Khanna isn’t afraid to say what she thinks. Her Instagram post captions never fail to delight us, revealing a side of her that is both hilarious and snarky. Twinkle knows how to spice up her photo captions, and she won’t let you down.

On Thursday, she took to Instagram to share an unseen solo photo of her spouse from one of their recent beach getaways, comparing him to whiskey. 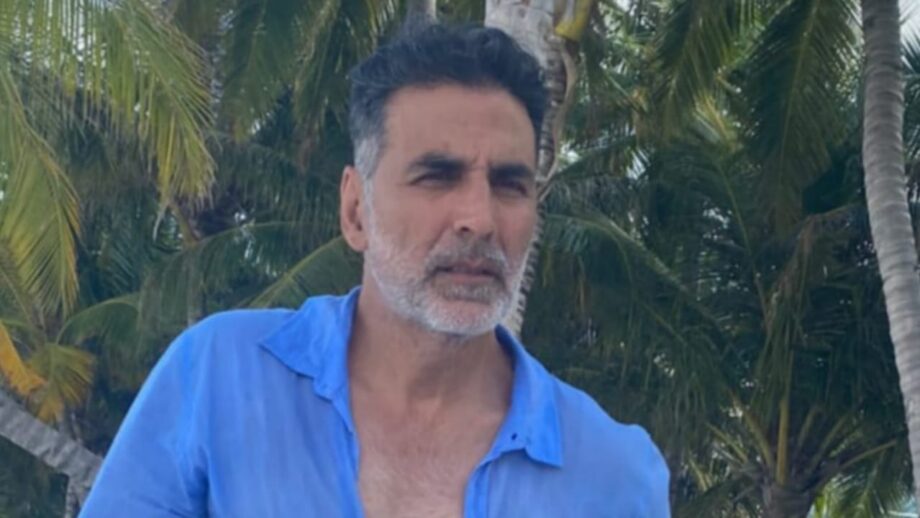 Akshay Kumar was nicknamed “Maal” by Twinkle Khanna. Twinkle and Akshay are known for pulling each other’s legs in social media posts, but this is the first time Twinkle has chosen to be a little cheeky with her affection for him.

The Story of Their Love

On January 17, actor Akshay Kumar and his wife, actress-turned-author Twinkle Khanna, celebrated their 21st wedding anniversary. For those who are unaware, Akshay and Twinkle were on vacation in Ranthambore, Rajasthan, at that time. 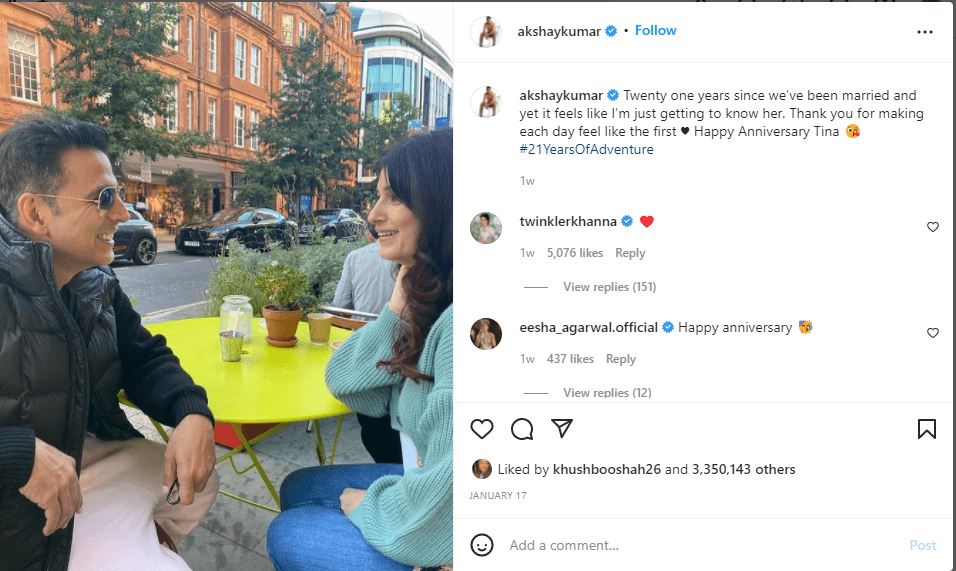 On this occasion, Akshay wrote a heart-touching message for Twinkle Khanna on his social media handle.

Mrs. Funnybones creator Twinkle responded to the photo with a heart emoji. Many fans congratulated the couple and used fire emojis in the comments section, calling them “cuties.” Twinkle had previously posted a photo of Akshay at a table with a lengthy statement wishing him a happy anniversary. 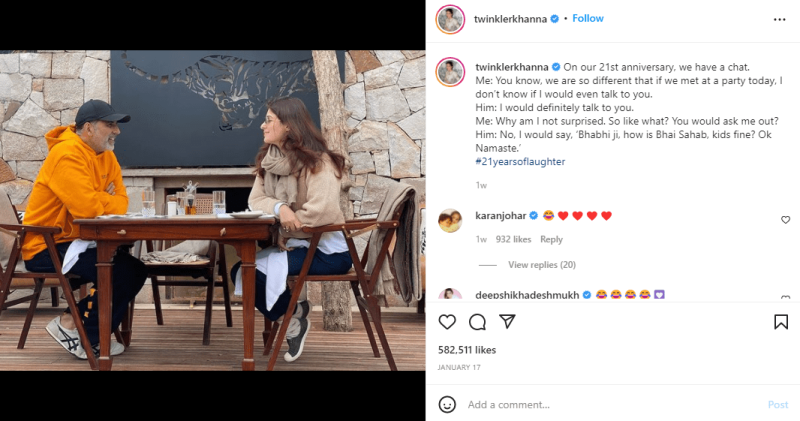 In 1999, while filming Umesh Mehra’s film International Khiladi, Akshay and Twinkle fell in love. Later, on January 17, 2001, the pair got hitched.

Recently, Akshay starred with Sara Ali Khan and Dhanush in Aanand L Rai’s Atrangi Re. Chandraprakash Dwivedi’s Prithviraj, a historical drama based on the life of warrior king Prithviraj Chauhan, is his next project. Prithviraj Chauhan’s love interest Sanyogita will be played by Manushi Chhillar.

He’s also working on Farhad Samji’s Bachchan Panday. Bobby Deol and Kriti Sanon will also appear in the flick. Akshay also told that he would star alongside Emraan Hashmi in the next flick, ‘Selfie.’ Karan Johar’s Dharma Productions will make the movie. Raj Mehta, who directed Jugg Jugg Jeeyo, will helm the film.