Twinkle Khanna Shares Progression Of Marriages, ‘They Start With Smiles And Go Downhill’

In an era where most relationships are fragile, there are some power couples from Bollywood that are shelling out couple goals with their eternal sense of togetherness. Among them are Akshay Kumar and Twinkle Khanna. The duo never fails to impress us with their witty and funny takes on marriage. The two have proved their undeniable chemistry yet again.

Taking to her Instagram account on Tuesday, Twinkle shared several candid pictures of her and Akshay titled ‘marriage diaries’. In the photos, the two can be seen having an animated conversation at a cafe. Giving a funny take to it, Mrs. Funnybones aka Twinkle joked that most marriages start with smiles but go downhill.

In the caption, Twinkle wrote, “My niece took a series of pictures while we were chatting away and I think this is pretty much a representation of most marriages. You start off with your best smile and it goes progressively downhill:) The last picture is of me trying to intimidate him but managing to knock over my coffee instead! From Jab We Met to What The Heck!”

Have a look at her pictures with Akshay Kumar here: 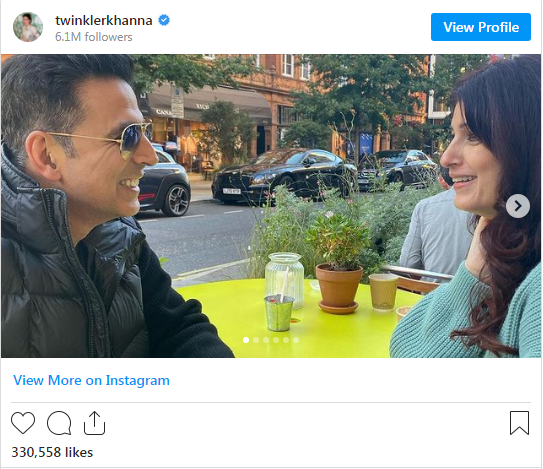 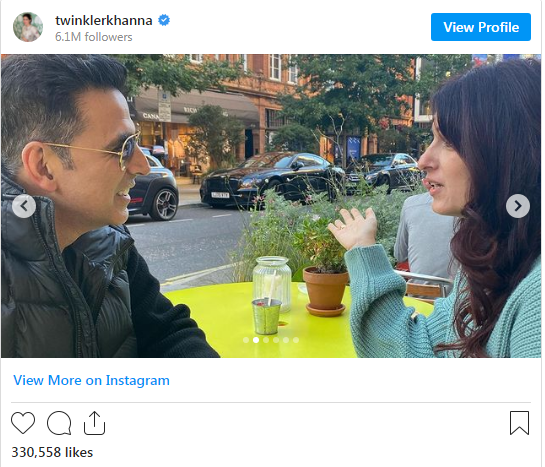 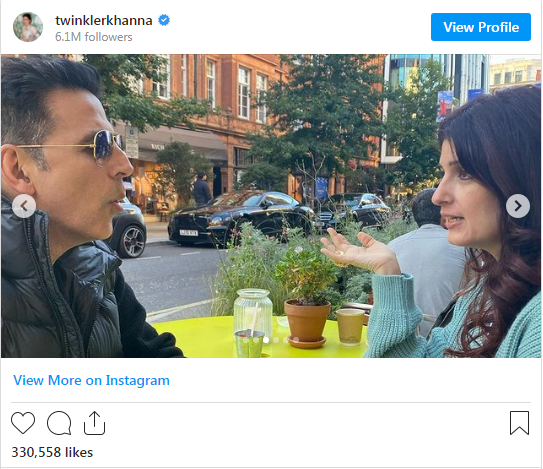 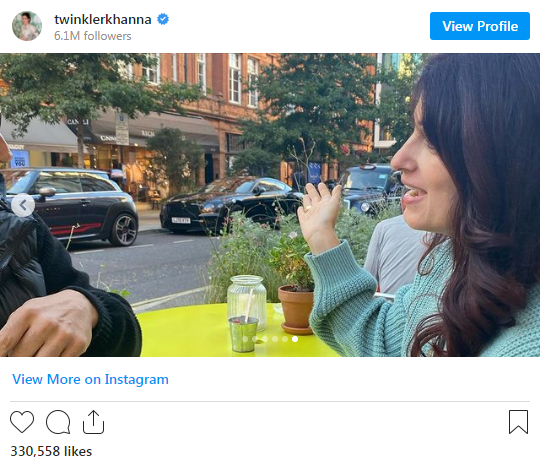 Soon after, tennis player Mahesh Bhupathi and Akshay’s Bell Bottom co-star Huma Qureshi took to the comments section to put out laughter emojis on Twinkle’s post. One of the users commented, “The last pic… Twinkle is like, ek lagaungi kheench k (I’ll slap you hard).”

For the unversed, Twinkle and Akshay have been married since 2001. They have two children, daughter Nitara and son Aarav.

Jubin Nautiyal Is Getting Trolled In Pakistan For His Latest Song “Dil Galti Kar Baitha Hai”- Find Out Why?

On the professional front, Akshay is currently shooting for the film Cinderella in London. He has a wide range of upcoming films for release. The list includes Sooryavanshi, Atrangi Re, Bachchan Pandey, Prithiviraj, Raksha Bandhan, and Ram Setu. The actor is likely to make his digital debut with The End for Amazon Prime. He also has a comedy film with Priyadarshan in the works, however because of the actor’s busy schedule, the timelines are yet to be decided.