Harnaaz Kaur Sandhu created history on Monday, December 13, 2021, when she was crowned Miss Universe 2021. The Chandigarh native won the coveted pageant at the 70th edition of the competition in Eilat, Israel. 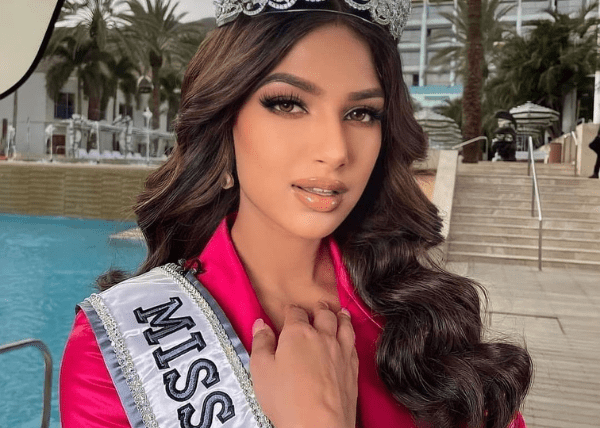 Sandhu was praised by politicians, actors, and others for returning the crown home for the first time since 2000. However, the fact that all of these messages were sent to a phoney Twitter account was lost in the craziness. Before the platform suspended the account, it had over 85,000 followers. However, it has resurfaced under a new account, ‘@HarnaazSandhu05.’

After the confusion, Sandhu took to Instagram to clarify that her official Twitter account is by the name of ‘Harnaaz Kaur Sandhu’, and the handle is ‘@HarnaazKaur’. 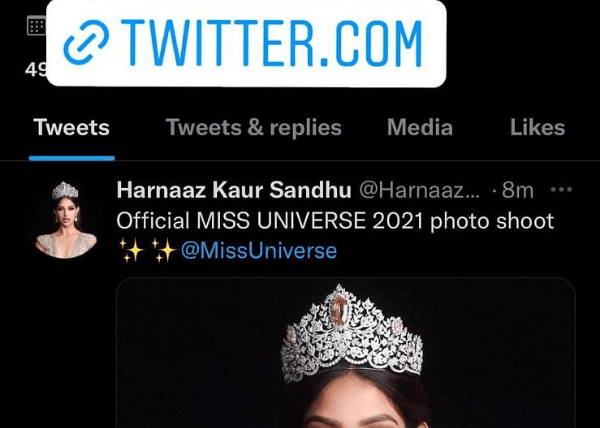 Harnaaz Sandhu, who was born in Kohali village in Gurdaspur district, roughly 60 kilometres from Batala, has come a long way from being a small-town girl to become the reigning Miss Universe. Her friends, family, and teachers all joined in the celebration as she brought home the crown after a 21-year absence. After spending two years in England, the 21-year-old moved to the tricity in 2008. Harnaaz won the contest, beating out the beauty queens of Paraguay and South Africa in the top three.

She competed in Miss India 2019 after winning two crowns and placing in the top 12. She did, however, win Miss India Punjab and star in The Landers’ song video ‘Tarthalli’ in the same year. Harnaaz received the prestigious title of Miss Diva Universe India 2021 in September, and Kriti Sanon presented her with the crown.