Kareena Kapoor Khan is the real begum of Bollywood as she has married the nawab of Pataudi Saif Ali Khan. The two got married in 2012 and have been happily together since then. The two have given major couple goals to everyone before their wedding and even after that. Now that the two are parents to little nawab Taimur Ali Khan, the three keep making outings to foreign countries. 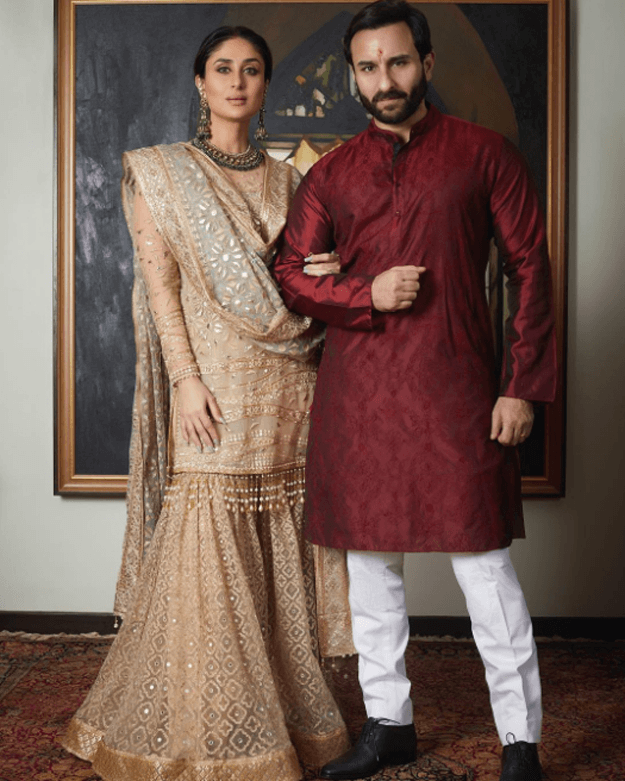 The two got married on 16th October 2012 and are celebrating their 7th wedding anniversary today. On this beautiful occasion, we have got our hands at some unseen pics of the couple from their wedding.

Kareena Kapoor Khan and Saif Ali Khan’s wedding festivities were attended by close friends and family. The sangeet was held at Kareena’s Bandra residence and was attended by A-listers of Bollywood such as Malaika Arora, Karan Johar and many others. Their mehendi ceremony took place at the Taj Mahal Palace Hotel, while their wedding was a registered marriage after which they exchanged vows and hosted a grand reception. The pictures from their wedding are pure gold and now, on the occasion of their 7th wedding anniversary, we bring you rare, unseen pictures of the royal couple. Take a look:

“Every love story is beautiful but yours is my fav” On this special day… May the fond memories of the past… And the laughter of the present… Become the fragnance of tomorrow. Wishing you both long life, infinite love & bondless happiness forever . Happiest anniversary my world , my life , my love , my oxygen , my precious babies , my heart , my soul , my angel & my everything SAIFEENA……..✨💎❤Ur tooo precious to me my #saifeena love u till my last breath.❤

Love is in the air! An exclusive picture from Kareena and Saif’s wedding ceremony! RT & Share! Credit @Kareenandini pic.twitter.com/3yt5k3xhWq