Vicky Kaushal is pleased with his wife, Katrina. The actor took to Instagram to express his gratitude to his wife, actress-entrepreneur Katrina Kaif, whose beauty line Kay Beauty was named ‘brand of the year’ at a recent awards ceremony. 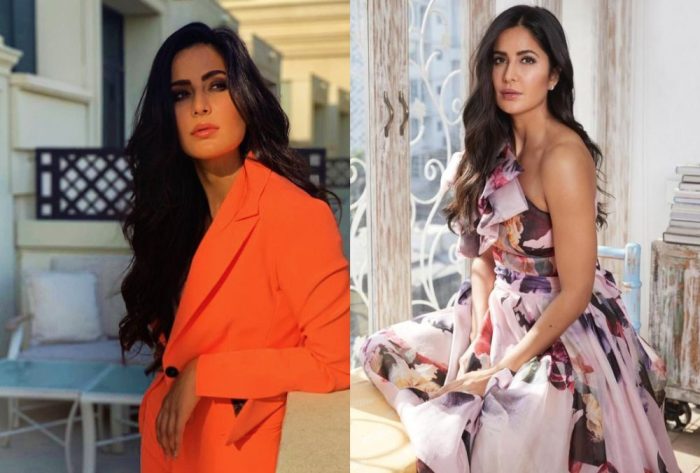 Katrina Kaif and Vicky Kaushal are one of Bollywood’s most popular couples today. They married last December and have been showering fans with adorable photos ever since. Katrina’s beauty brand ‘Kay Beauty’ was named ‘brand of the year’ on Sunday, and her husband is overjoyed.

Katrina shared the happy news with her fans by reposting an Instagram post from Vogue India on her official account. It came, it conquered, and it’s here to stay – introducing the home-grown makeup brand that took home the VOGUE India beauty ‘brand of the year’ award for #VBF2022,'” it said.

Katrina Kaif’s (@katrinakaif) Kay Beauty (@kaybykatrina) has quickly grown to become one of India’s most popular makeup brands since its debut in 2019.

Vicky was quick to respond to the post, leaving a heartwarming comment. “Brand of the Year and by the Woman of My Life!” Congratulations, lovely! “He wrote. Vicky also reshared Katrina’s post on his Instagram story, along with red heart emojis. 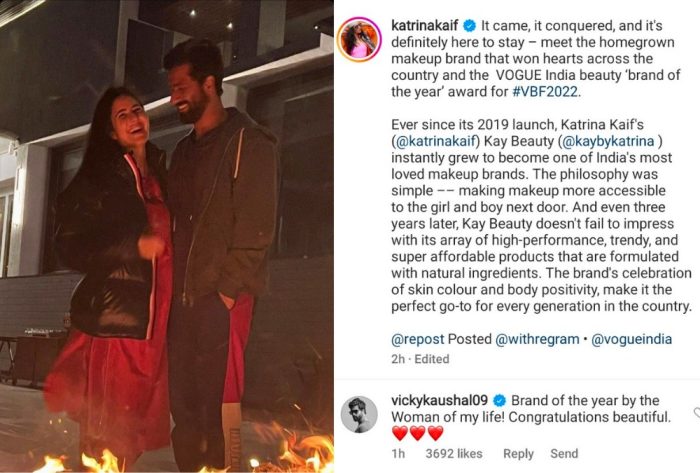 In terms of work, Katrina will be seen in ‘Merry Christmas,’ alongside Vijay Sethupathi. Sriram Raghavan is directing the upcoming film. She is also working on ‘Tiger 3’ with Salman Khan. In addition, her film Phone Bhoot will be released in November.

on other hand, Vicky Kaushal previously shared images from his Sam Bahadur pre-production meeting. The actor shared a few photos from their table read, which included his co-stars Sanya Malhotra and Fatima Sana Sheikh. The film, directed by Meghna Gulzar and produced by Ronnie Screwvala, is set to begin production soon. The film is based on the life of Sam Manekshaw, the Chief of Army Staff during the 1971 Indo-Pakistani war. He was the first officer in the army to be promoted to the rank of field marshal.