Actor Vikrant Massey, who made a special place in the hearts of people with his acting in the web series ‘Mirzapur’, after dating his long-time girlfriend and actress Sheetal Thakur for almost 6 years, on 18 February 2022, they took seven rounds of marriage. At present, both are enjoying their married life. Recently, Sheetal shared some pictures from the ‘Greh Pravesh Aur Pehli Rasoi’ ceremony. 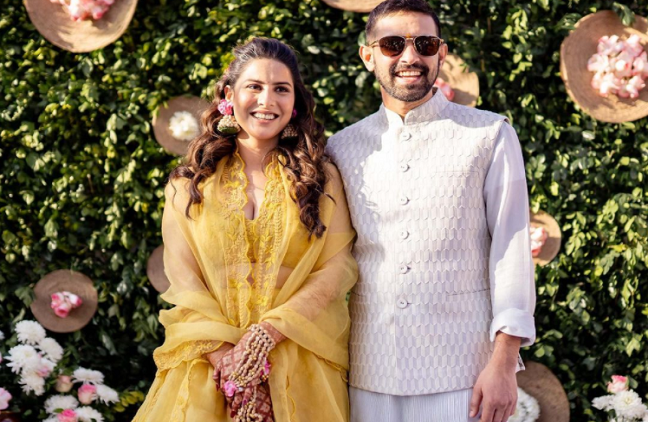 Vikrant Massey and Sheetal were dating each other since 2015, but in the year 2017 through social media, they accepted their relationship in front of the world. After getting engaged in the year 2019, both of them went to Himachal Pradesh and got married in a private ceremony in February 2022. However, now they are back in Mumbai. Meanwhile, he is very active on social media. He is also sharing glimpses of his wedding with the fans.

In this sequence, on 24 February 2022, Sheetal Thakur has shared some pictures of her ‘Greh Pravesh’ ceremony and ‘First Rasoi’ from her Insta handle. In these photos, a glimpse of the actress’s home entry ceremony to the first kitchen can be seen. In the pictures, the actress is also seen flaunting her sindoor. Sharing this, Sheetal has written ‘Ghar Wapsi’ in the caption. 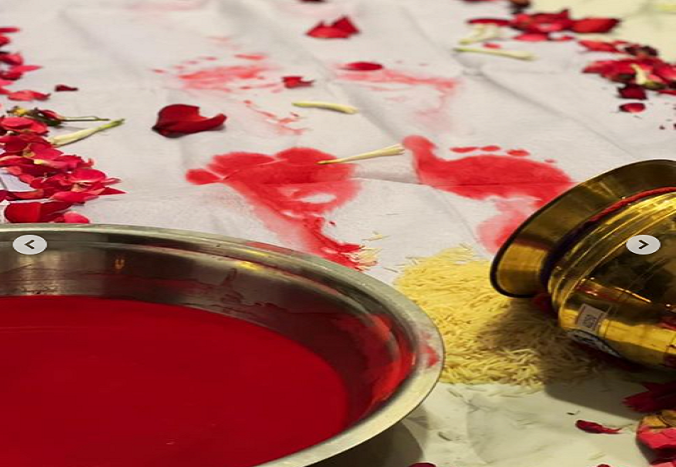 Earlier, Sheetal Thakur took to her Instagram handle to share pictures from the traditional Himachali pre-wedding function ‘chuda’ and ‘bhaat ritual’, in which she can be seen wearing a red suit, with heavy stones and zari on her suit. Embroidery work done. She was dressed traditionally before her marriage.

On 19 February 2022, Vikrant Massey shared this good news with everyone while sharing some pictures of his wedding. At her wedding, where Sheetal looked very beautiful in a red-colored lehenga, red chunni. At the same time, Vikrant, wearing a safa on his head in a sherwani of ivory color, was also looking very handsome. Sharing these photos, Vikrant wrote in the caption, “This journey of seven years has turned into seven births today. Thank you so much for supporting us in this journey. Sheetal and Vikrant 18.02.2022.”