Bollywood actress Anushka Sharma is one of the most popular and highest-paid actresses in India. The actress made her debut in the film industry with the King Khan of Bollywood aka, Shah Rukh Khan in Rab Ne Bana Di Jodi in the year 2008, after which Anushka received a lot of fandoms and ended up wins the Filmfare Award for Best Actress nomination.

Talking about her love life, Anushka dated cricketer, Virat Kohli quite for a while and the rumor of their relationship was sparking all over the internet. The couple has gone through a lot of controversies together and stands strong in any thick and thin situations.  The couple got married in Italy on 11 December 2017. As Virat turns 31 on Tuesday, the couple went on hiking in his birthday week. A day before his birthday, actress Anushka Sharma took to her Instagram and shared their hiking story. She posted a  few pictures, and along with the picture, she wrote a caption about their experience while trekking across the mountains. We shared with you what lovely time the couple had. Now, we have some more pictures that proof their pure love. 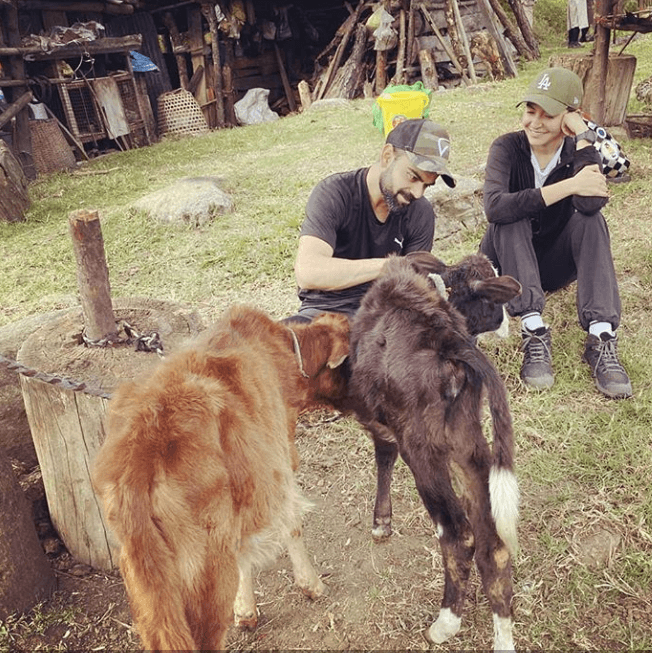 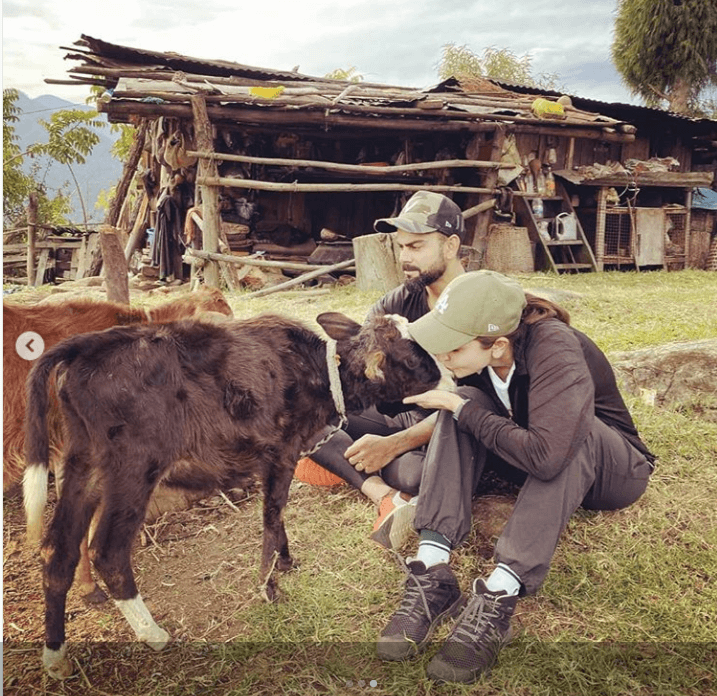 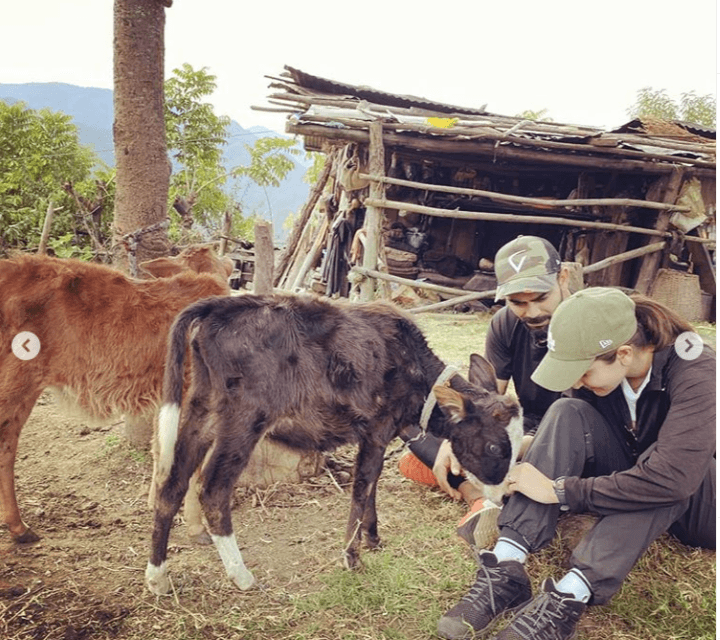 On Virat’s birthday, Anushka took her instagram and shared some pictures. Along with the picture she shared a beautiful caption. She wrote, “Today, during our 8.5 km uphill trek we stopped by a small village on a mountain to pet and feed a baby calf who was born just 4 months ago. While we did that the owner of the house asked us if we were tired and wanted to have a cup of tea? So we went into the home of this beautiful and warm family who had absolutely no idea who we were and yet they treated us with such warmth and love. We spent some time with them chatting and drinking tea and the whole time they just know us as two tired trekkers! Whoever knows Virat and me very closely, know that both Whoever knows Virat and me very closely, know that both of us live for such moments of genuine, simple & pure human connection. It fills us with such joy and peace knowing that they just wanted to be kind to two random foreigners ( plus our guide ) without seeking anything in return. If this is not the true meaning of life then I don’t know what is. A memory we will cherish forever” Have a look: