Actor Anushka Sharma and her husband Virat Kohli have always maintained a low-key life. They protect their personal space to the T. The couple’s wedding was an intimate affair. After welcoming a daughter earlier this year, Anushka and Virat decided to keep her away from the world of cameras. Paparazzi have tried their best to get a glimpse of the young girl, but the results were futile.

Recently, the duo was spotted departing for South Africa along with their daughter Vamika. From December 26, the Indian cricket team will play three-match Test series against South Africa. As soon as the power couple got off the bus along with their other team players at the Mumbai airport, shutterbugs surrounded them. In the video that has surfaced, Virat is heard requesting the paparazzi waiting there to not click Vamika’s pictures. “Baby ka mat lena hann (Don’t click the baby’s pictures, okay)?”, says Virat. They replied, ’yes’. 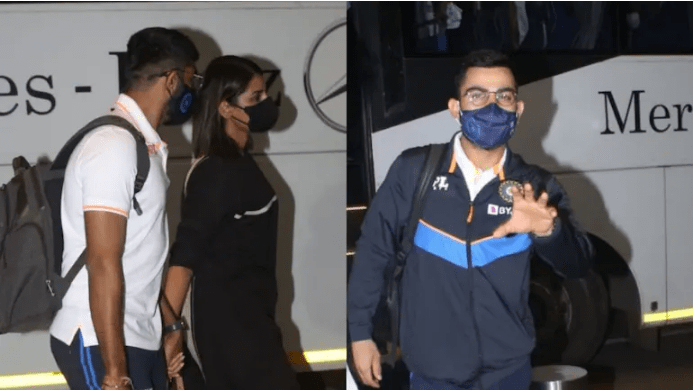 In the clip, actress Anushka Sharma is seen carrying her daughter Vamika in a baby carrier. She is holding Vamika close to her tightly. The Jab Tak Hai Jaan is donning a black tracksuit with white sneakers. Later, Anushka was captured standing in a queue along with Vamika and her nanny.

Anushka and Vamika have been traveling with Virat to different countries for his tournaments. In July, the two flew to England where the Indian team played two tournaments. Anushka had shared many pictures from her United Kingdom tour. The couple had also celebrated Vamika’s six-month birthday in London. While sharing the pictures on Instagram, she wrote, “Her one smile can change our whole world around! I hope we can both live up to the love with which you look at us, little one. Happy 6 months to us three.” 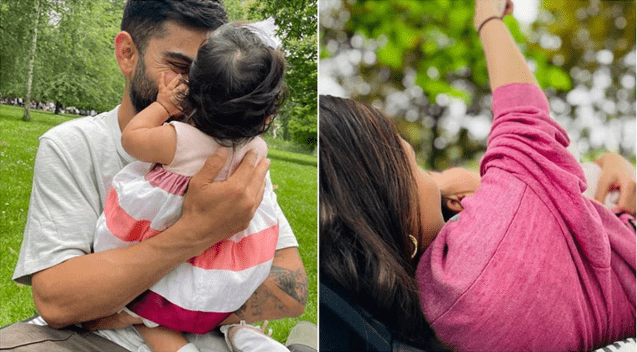 On the work front, Anushka Sharma was last seen in Zero in 2018. Since then she has produced two projects- Amazon Prime’s Pataal Lok and Netflix movie Bulbul. The actress is currently producing Qala, in which we’ll get to see late actor Irrfan Khan’s son Babil debuting in the acting industry.