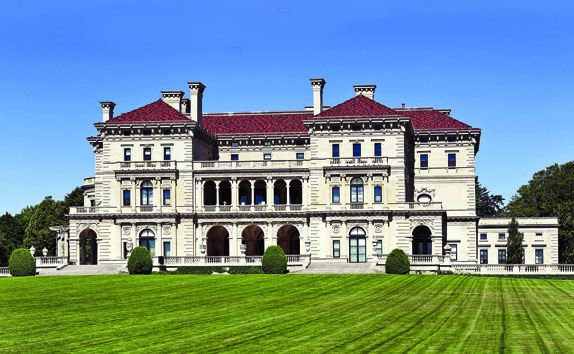 Newport is a city set on the Aquidneck Island in the New England state of Rhode Island in the United States. It is a beautiful city known for its mansions and the cultural happenings in bygone days. The mansions were still there when we went and some are open for public, who flock to see the beauty and the grandeur of those days.

The yacht-filled harbor of Newport hosted America’s Cup, a renowned annual sailing regatta, for many years. The Gilded Age mansions lining Bellevue Avenue are its biggest attractions, some of which are now museums. From the 1880s to 1914 dream houses were built along the ocean drive. The most famous is The Breakers, an 1895 mansion patterned after a Renaissance palace. All of them have awe-inspiring architecture, the like of which is found very rarely in any part of the world. These mansions were the summer houses of the Astors, Rockefellers, and Vanderbilts and reflect their glorious lifestyles, their wealth and their artistic tastes.

My family and I went sightseeing there and stayed for a couple of days. We stayed in a beautiful original small mansion called the Anna Pell House which had three bedrooms but only one bathroom. The interiors were very well done and our hosts were gracious and hospitable. They gave us our own keys and a side entrance from where we could enter and exit without disturbing them.

This house was just a stone’s throw from the main road which had plenty of beautiful shops and eating places.

Rohit, my son-in-law, was practicing for the New York marathon and he loved the 5.6-kilometer Cliff Walk at Newport along the Atlantic Ocean. He got up early and ran there, finding that a lot of tourists were also interested in the Cliff Walk like him. Here he could get a wonderful view of the rocky coast and the mansions.

Newport is known as a New England summer resort and is also the home of Salve Regina University and Naval Station Newport, which houses the United States Naval War College, the Naval Undersea Warfare Center, and an important United States Navy training center. It was a major 18th-century port city and has many surviving buildings from the colonial era of the United States.

It is also called the City by the Sea, Sailing Capital of the World, Queen of Summer Resorts, America’s Society Capital. Newport was founded in 1639. 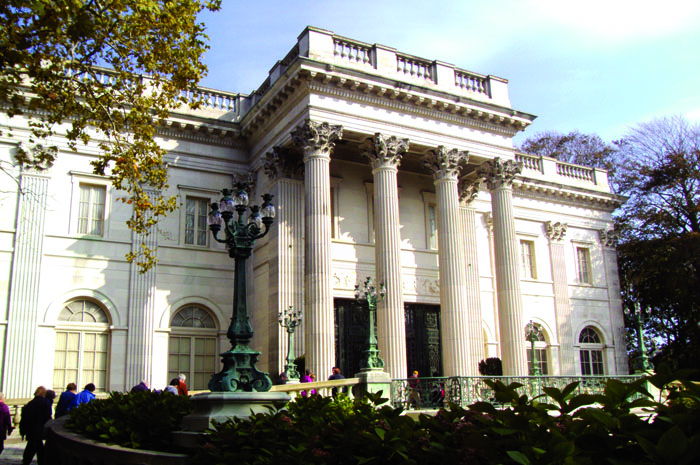 Though almost every street has lovely mansions, only 11 properties, and landscapes, seven of which are national historic landmarks, and open for tours. The grandest of the “summer cottages” is The Breakers, the 70-room Italian Renaissance-style palazzo of the Vanderbilt family. It has a beautiful driveway, leading to a high ceilinged entrance from where a 45-foot spectacular hall can be entered. It is four stories high and built on 11 acres of land. The ornate dining room music room and grand salon are the greatest in the USA and are a masterpiece by Richard Morris. Here tourists are given headphones in which are the recorded descriptions of the rooms. One can start it and see at ease whichever room, or item or story one is interested in. The architecture and interesting stories can be heard. It took us more than two hours to go through this mansion. The rich carpets, the beautiful decor, the sparkling lights and the wonderful view of the Atlantic Ocean with its breaking waves (hence the name Breakers) were outstanding. We thoroughly enjoyed the tour, including the kitchen where the old fashioned utensils, the huge cooking ranges, the pots, and pans are open to view, a relic of the past which is preserved for tourists who come all the way from great distances to see this mansion. 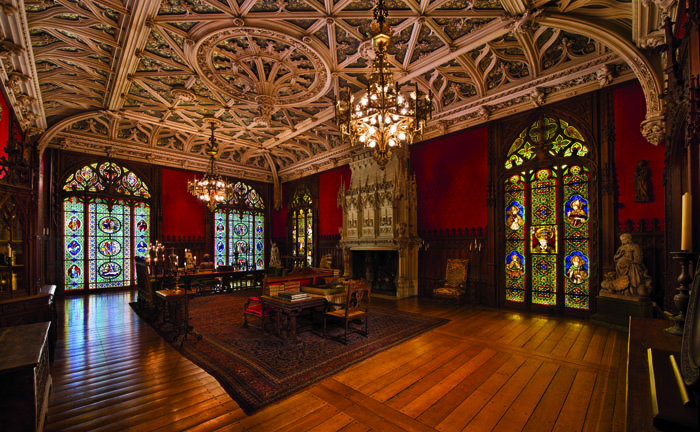 Another Vanderbilt residence, Marble House, was inspired by Marie Antoinette’s Petit Trianon in Versailles. This is also awe-inspiring and lovely. It is smaller as compared with The Breakers but it also has a lot of history associated with it. It was a gift to Alva Vanderbilt and it took three years for constructing the two million dollar edifice. It is now owned by the Preservation Society of Newport. My grandchildren, 11-year old Shreya and eight-year-old Rithik were overwhelmed by the beauty and the grandeur of both these mansions.

Among other mansions, The Elms is in the style of a 1750 French chateau. Rosecliff models the Grand Trianon, the French kings’ Versailles garden retreat. The American Beauty rose was developed here. The list can go on and on but it is impossible to imbibe so much beauty and grandeur within a couple of days. It needs a longer visit and a more dedicated approach to really understand the history and the stories of a bygone era. Newport was a veritable playground for high society. There are plenty of books written on Newport and many stories told about those grand days when societal happenings were at their highest.

Newport is 73 miles (117 km) south of Boston, and 180 miles (290 km) northeast of New York City. It was a major center of the slave trade in colonial and early America, active in the “triangle trade” in which slave-produced sugar and molasses from the Caribbean were carried to Rhode Island and distilled into rum, which was then carried to West Africa and exchanged for captives. In 1764, Rhode Island had about 30 rum distilleries, 22 in Newport alone. The Common Burial Ground on Farewell Street was where most of the slaves were buried.

Beginning in the mid-nineteenth century, wealthy southern planters seeking to escape the heat began to build summer cottages on Bellevue Avenue, such as Kingscote (1839). Around the middle of the century, wealthy Americans, such as the Wetmore family, also began constructing larger mansions, such as Chateau-sur-Mer (1852) nearby. Most of these early families made a substantial part of their fortunes in the old China trade.

By the turn of the 20th century, many of the nation’s wealthiest families were spending their summers in Newport. They resided for the brief summer social seasons in grand, gilded mansions with elaborate receiving rooms, dining rooms, music rooms, and ballrooms – but with few bedrooms, since the guests were expected to have “cottages” of their own. Many of the homes were designed by New York architect Richard Morris Hunt, who kept a house in Newport himself.

The social scene at Newport is described in Edith Wharton’s novel The Age of Innocence. Wharton’s own Newport “cottage” was called Land’s End. Hammersmith Farm is the mansion where John F. Kennedy and Jackie Kennedy held their wedding reception; it was open to tourists as a “house museum”, but has since been purchased and reconverted into a private residence.

Many other mansions are open to tourists; still, others were converted into academic buildings for Salve Regina College in the 1930s when the owners could no longer afford their tax bills.

In the mid-19th century, a large number of Irish immigrants settled in Newport. The Fifth Ward of Newport in the southern part of the city became a staunch Irish neighborhood for many generations.

To this day, St Patrick’s Day is an important day of pride and celebration in Newport, with a large parade going down Thames Street.

Newport has one of the highest concentrations of colonial homes in the nation in the downtown Newport Historic District, one of three National Historic Landmark Districts in the city, and Newport’s colonial heritage is well preserved and documented at the Newport Historical Society. The White Horse Tavern was built prior to 1673 and is one of the oldest taverns in the US. Newport is also home to the Touro Synagogue, one of the oldest Jewish houses of worship in the Western hemisphere, and to the Newport Public Library and Redwood Library and Athenaeum, one of the nation’s oldest lending libraries.

There was so much more to see but we had to return home, with a hope and a wish that we could go again.