Why Anushka Sharma cannot ask Virat Kohli to talk about work at home for some time?

Anushka Sharma is in England with husband and Indian skipper Virat Kohli for the upcoming World Test Championship. But the actress says that ‘don’t bring work home isn’t going to be applicable for Virat for some time’. Why? Well, the couple is quarantining at a stadium, which is also a hotel, after landing in the country. Anushka took to Instagram to share a smiling photo of herself from the Rose Bowl cricket stadium in Hampshire, England.

Sharing a happy photo of herself from the stands of the Rice Bowl cricket stadium in Hampshire, England, Anushka Sharma informed her fans that she cannot tell Virat to not bring work home for some time. She wrote, “Don’t bring work home isn’t going to be applicable for Virat for sometime. 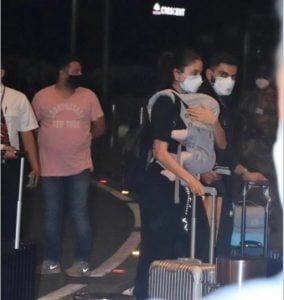 On June 2, Anushka Sharma was spotted with Virat Kohli at the Mumbai airport as the Indian cricket team left for the tour of England. The team reached the airport together with their wives and kids in the team bus. Anushka was seen carrying their daughter, Vamika. She covered Vamika’s face when the paparazzi started clicking their pictures. The UK government recently gave a green signal for the cricketers to be accompanied by their spouses/families for the four-month-long World Test Championship tour. This shall be Vamika’s first overseas outing with her parents. 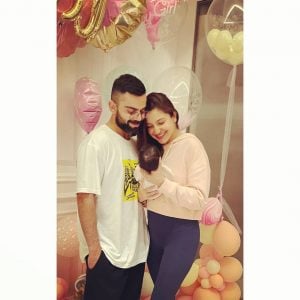 Anushka Sharma and Virat Kohli tied the knot in an intimate wedding in Italy in December 2017. The couple welcomed their daughter Vamika in January 2021. Recently, while interacting with his fans on Instagram, Virat Kohli shared the meaning of Vamika’s name and added: “We have decided as a couple to not expose our child to social media before she has an understanding of what social media is and can make her own choice.” “Vamika is another name for Goddess Durga,” he told his fans