Shah Rukh Khan and Chunky Pandey have nurtured their friendship throughout the years. The NCB asked Ananya Pandey to join the investigation into Aryan Khan’s arrest on Thursday. 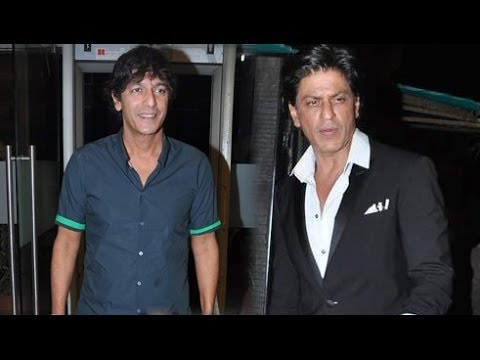 Because of their viral photographs and videos on social media, we know Ananya Panday and Suhana Khan are close friends. At parties and on vacations, the two girls are frequently spotted together. Ananya and Suhana’s childhood connection has spread to their families as well. Their fathers — Chunky Pandey and Shah Rukh Khan go back in time to the 80s too. If you’re new to Bollywood trivia, here’s why SRK has often expressed gratitude to Chunky, whom he considers one of his closest and oldest friends.

Shah Rukh Khan hosted the reality show India Poochega Sabse Shaana Kaun in the past. The 20-episode show aired on &TV in 2015, and in one of the episodes, SRK shared an interesting tale that showed why Chunky is so important to him.

Shah Rukh Khan is a self-made superstar. But it took a long time for him to achieve fame. And it was Chunky who played the key role in getting him through the Bollywood circuits.

Karan Has A Lot To Say But Feels Restricted: “I’m Done Offending People”

SRK revealed on the show that when he first arrived in Mumbai in the 1980s, Chunky provided him with accommodation and even introduced him to his industry friends. At the time, Chunky was a well-known name, and Shah Rukh was touched by the incident.

Shah Rukh Khan and Chunky Pandey have maintained their friendship throughout the years. Not just Ananya and Suhana, but also their mothers Gauri Khan and Bhavna Pandey, are quite close. Gauri even made an appearance in Bhavna’s Netflix series Fabulous Lives of Bollywood Wives.