Yami Gautam took to social media today, July 13, to announce her next project with director Aniruddha Roy Chowdhury. The film titled Lost, will star Yami alongside Pankaj Kapur, Rahul Khanna, Neil Bhoopalam, Pia Bajpiee and Tushar Pandey. Lost will go on floors soon. It is slated to release in 2022. Yami described Lost as a hard hitting and thrilling tale. 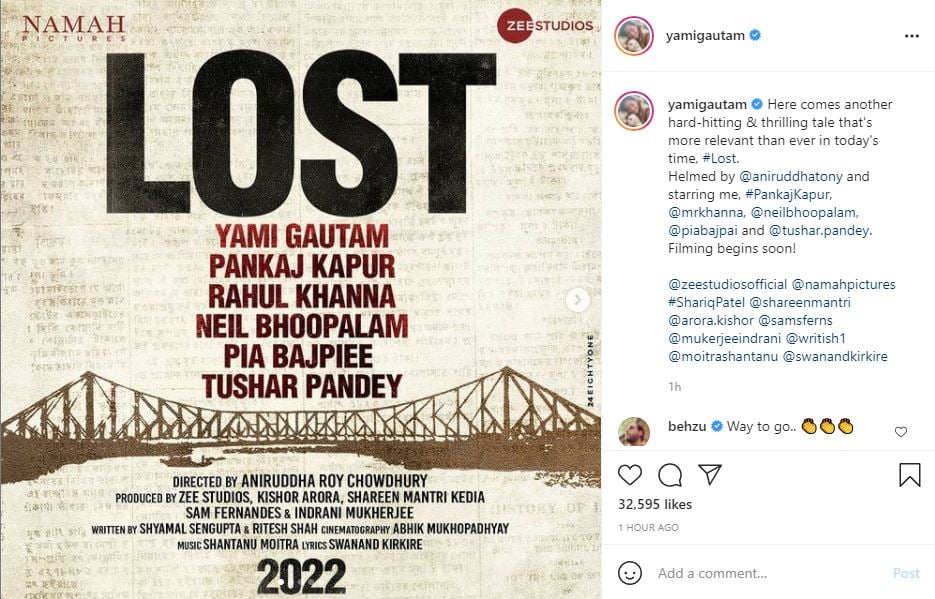 Yami Gautam, who was recently summoned by the Enforcement Directorate (ED) in an alleged violation of the Foreign Exchange Management Act (FEMA), has announced her new project. She shared a poster of her upcoming film, Lost, and captioned it, “Here comes another hard-hitting & thrilling tale that’s more relevant than ever in today’s time, #Lost. Helmed by @aniruddhatony and starring me, #PankajKapur, @mrkhanna, @neilbhoopalam, @piabajpai and @tushar.pandey. Filming begins soon (sic).” 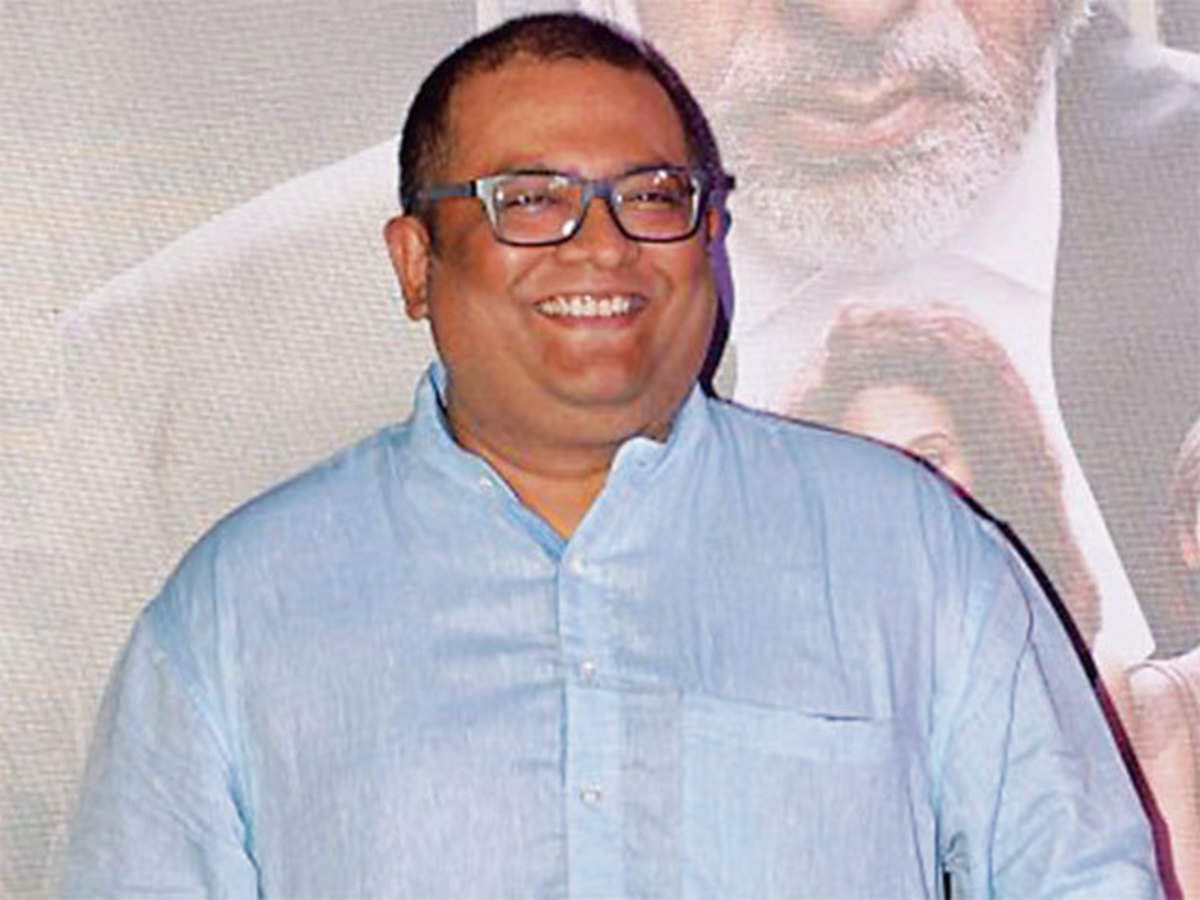 About his next film, Lost, Aniruddha Roy Chowdhury said, “Designed as an investigative drama, at it core the film explores themes like commitment, responsibility, holding hands and making our world beautiful and compassionate. For me it’s important that any film I make should have a social context and that the stories are taken from the world around us. Lost is an emotional thriller that represents a higher quest, a search for lost values of empathy and integrity (sic).” 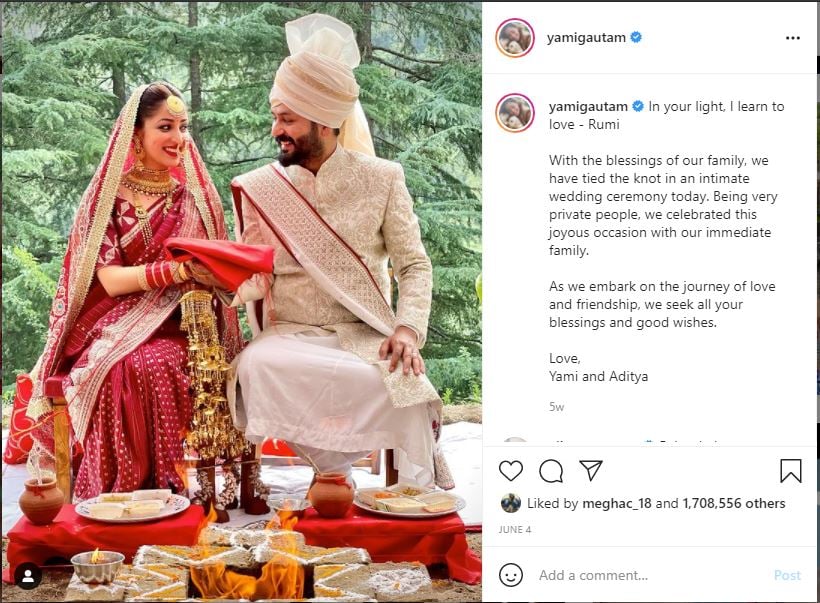 Yami and Aditya got married in an intimate wedding ceremony on June 4. The actress posted a picture from the wedding on instagram to share the good news with her fans and followers. She captioned it, “With the blessings of our family, we have tied the knot in an intimate wedding ceremony today. As we embark on the journey of love and friendship, we seek all your blessings and good wishes. Love, Yami and Aditya (sic).” Yami Gautam and Aditya Dhar worked together on Uri: The Surgical Strike. The film starred Vicky Kaushal in the lead role. While Aditya Dhar directed the film, Yami played the female lead. 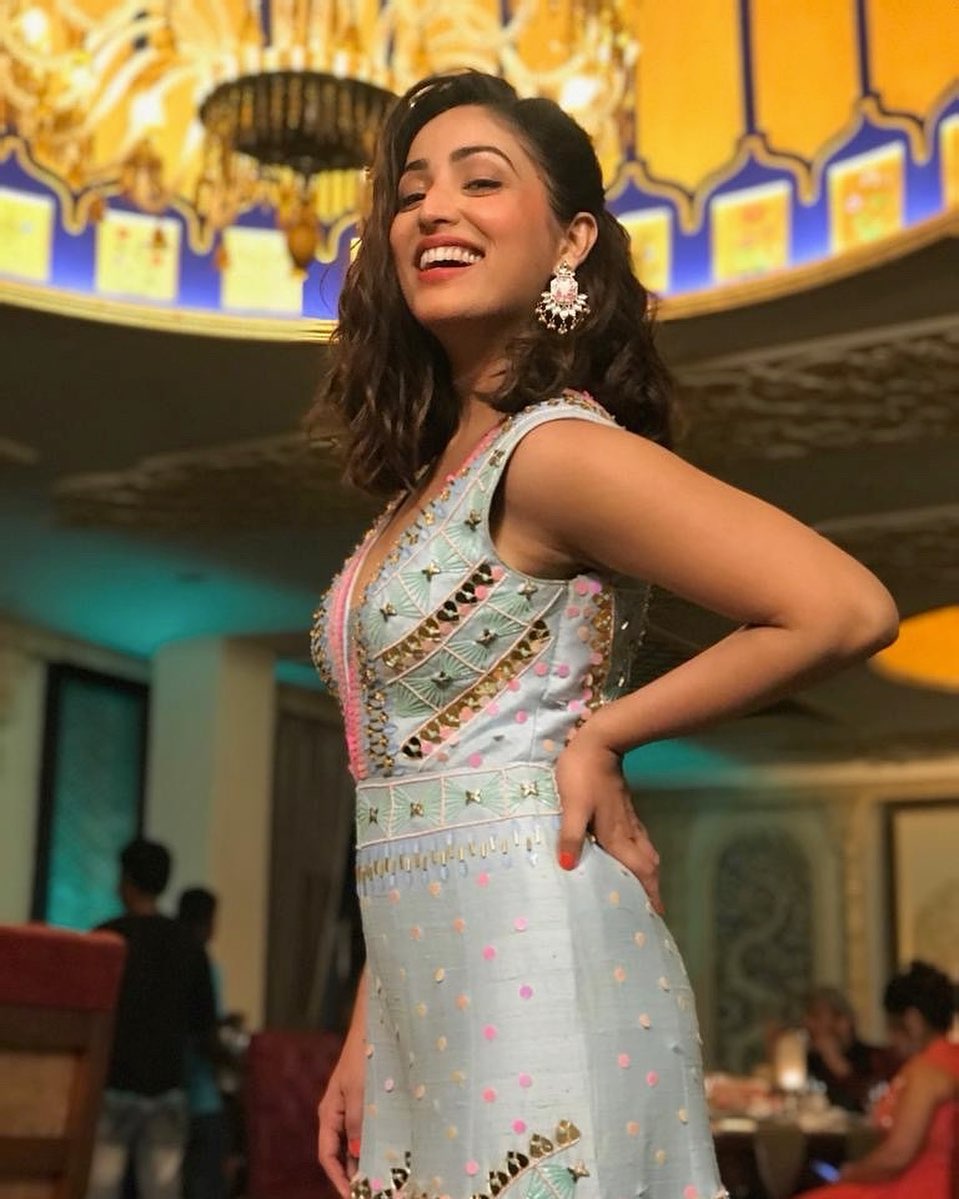 Meanwhile, Yami made her Bollywood debut with Vicky Donor and shot to fame with the film. Over the years, she has worked in several big Bollywood films including Hrithik Roshan’s Kaabil and Varun Dhawan-starrer Badlapur. She was currently shooting for A Thursday. On the work front, Yami Gautam next be seen essaying the role of an IPS officer in ‘Dasvi’, co-starring Abhishek Bachchan. She also has ‘Bhoot Police’ with Saif Ali Khan, Arjun Kapoor and Jacqueline Fernandez.