On Saturday evening at, ELLE Beauty Awards 2019 which held in Mumbai and it was a starry affair, indeed. From Kareena Kapoor Khan, Anushka Sharma, Ranveer Singh to Janhvi Kapoor, Ananya Panday and others many Bollywood celebrities marked their amazing presence and also took trophies back home. They all donned a stylish look and made heads turn on the red carpet with their appealing appearance. It was a visual treat to see the B-Town celebs experiment with style and nail it perfectly.

The video shows Ranveer standing on stage in his stylish outfit, along with fashionable walking cane in his hands. Suddenly, while on stage Ranveer calls Anushka by saying, “Let’s ask the very beautiful and talented Anushka Sharma, ‘what does success means to you?'”. To which Anushka replies, “Ranveer, you are not the host!” This leaves everyone in splits and Ranveer ends up apologizing to Anushka jokingly. It’s a known fact that both Ranveer and Anushka leave no stone unturned in pulling each other’s legs. 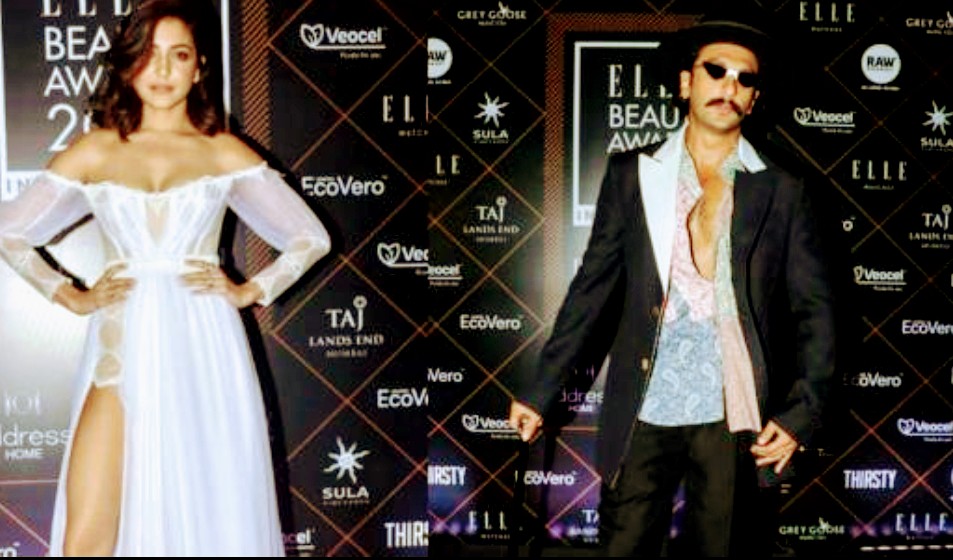 Meanwhile, Anushka received the’ Elle Impact trophy’ whereas Ranveer won the title of ‘Elle Icon Man Of the Year’ at the award show. Ranveer made his Bollywood debut opposite Anushka in Band Baaja Baaraat in the year 2010. Soon after that, they worked together in Ladies vs Ricky Bahl released in 2011 and Dil Dhadakne Do which hit the screens in 2015. While the two were rumored to be dating after working together in the film.

On the work front, Ranveer will soon be seen in ’83 with Wife Deepika. While Anushka still not announced any future project after the failure of her last film, zero.

Happy Birthday Sunny Leone: Did You Know That The Actress Was Once Dating Stand-Up Comedian Russel Peters?
“I Don’t Want To Expose Myself”: Priyanka Chopra On Collaborating With Nick Jonas
Happy Birthday Shah Rukh Khan: The Actor Greets With Fans Outside Mannat At Midnight; Pics Inside
Alia Bhatt Goes On A Date With Boyfriend, Ranbir Kapoor, His Mother Neetu Kapoor And Family; Check Out