Aamir Khan Does Ira Khan’s Makeup, They Are A Stunning Father-Daughter Duo In B-Town!

Ira Khan, Aamir Khan’s daughter, is one of the celebrities’ children who is quite active on social media. She has a large number of followers who like seeing her postings. She frequently updates her followers on her life, including lovely images with lover Nupur Shikhare and poignant messages with her father Aamir.

Ira, Aamir’s daughter from his first marriage to Reena, has a friendly relationship with the Dangal star. Aamir and Ira make a stunning father-daughter duo, we have to say! She exposed Aamir’s hidden gift in a humorous post she shared with him on Wednesday. 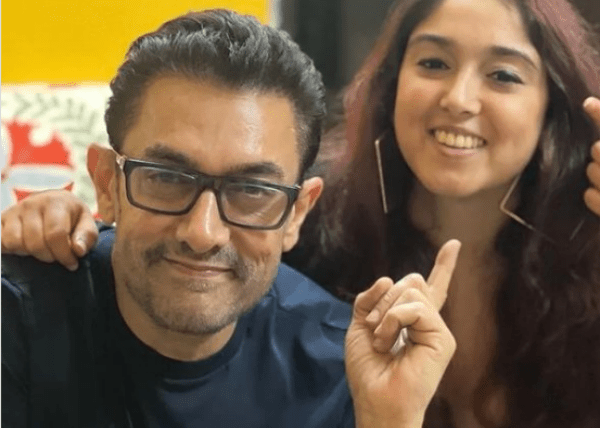 We could see Aamir and Ira smiling broadly as they posed for the camera in the photos. Aamir and Ira can be seen pointing at Ira’s face in the first photo. Are you curious as to why? Ira, on the other hand, got a complete face of stunning makeup applied by none other than our perfectionist Aamir! And, shall we add, he did a fantastic job? Aamir excels in everything, as seen by this post. Aamir was wearing a lovely bandanna on his head in another photo, and he looked adorable. 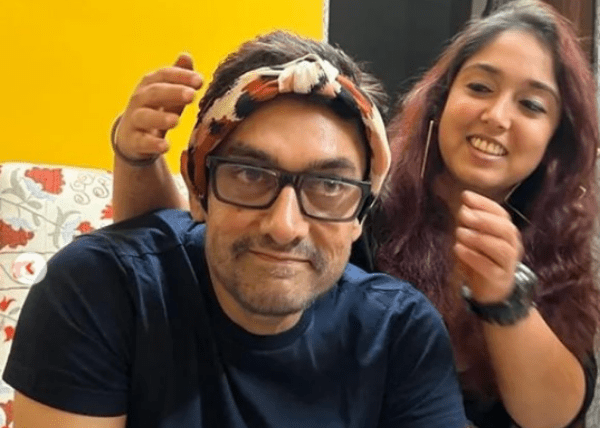 Ira’s caption, along with the photos, made us laugh out loud. She wrote, “Guess who did my make-up? It’s interesting when your father walks up to you and claims he can do your make-up better than you can… and he turns out to be right. Who needs YouTube tutorials?!”

In the meanwhile, Aamir will star alongside Kareena Kapoor Khan in the film Laal Singh Chaddha. It is a Hindi-language comedy-drama film that will be released in India soon. The film will be directed by Advait Chandan and will be released on August 12, 2022. The film stars Aamir Khan, Kareena Kapoor, and Naga Chaitanya and is a remake of the 1994 American film Forrest Gump, which was based on Winston Groom’s 1986 novel of the same name (in his Hindi film debut)