Chunky Panday’s daughter Ananya Panday is a popular actress of the current generation of actresses. Ananya is coming back to back in films and has some big projects. At the same time, there is no dearth of fans of Ananya in social media too. Ananya is quite popular on Instagram and her posts get millions of likes and comments. However, there are some in these comments, from which an attempt is made to troll them. 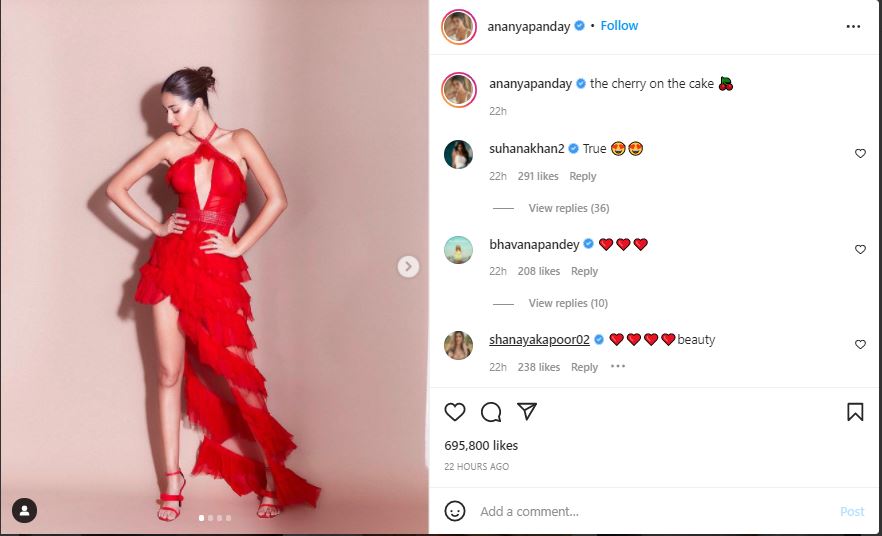 Ananya has recently posted some of her best pictures on Instagram, in which she is looking very hot and beautiful. In these pictures, Ananya is wearing a red colored asymmetric front cut transparent cleavage gown. The red color is very much on Ananya, which many of her followers noticed and praised fiercely. Ananya’s look and dress are being praised through fire and heart emoji. Her family and fellow colleagues have also appreciated Ananya’s personality in these pictures. Ananya wrote in the caption with these photos– Cherry on the cake. 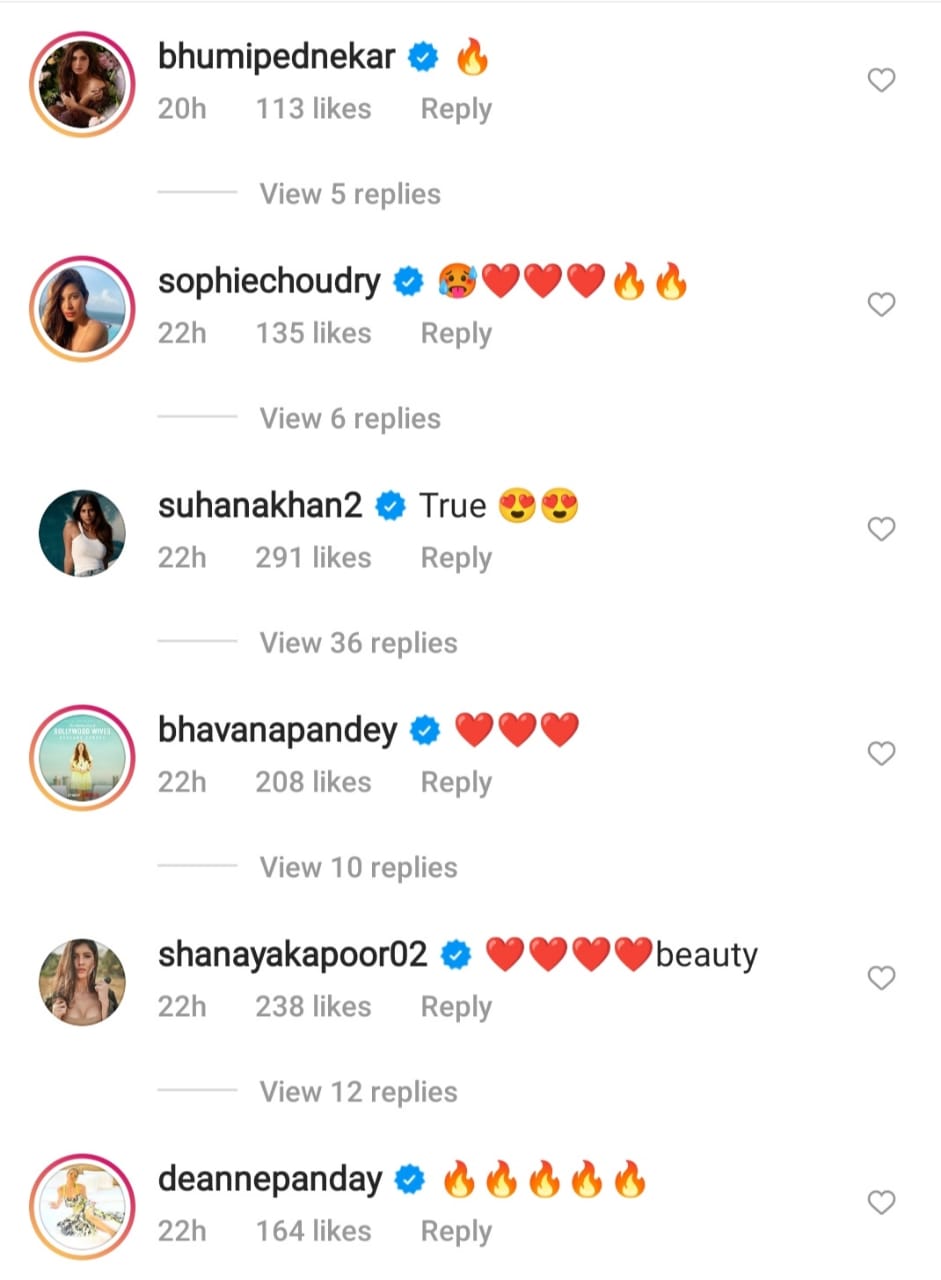 Suhana Khan, daughter of Shah Rukh Khan and friend of Ananya, commented on this and said that it is true. Maheep Kapoor, Bhumi Pednekar, Sophie Choudry, Shanaya Kapoor, Navya Naveli Nanda, Gauahar Khan and mother Bhavna Pandey commented on Ananya and expressed her love. At the same time, there are some users who are trolling them. One such user wrote that he feels as if he has put Rooh Afza in milk. 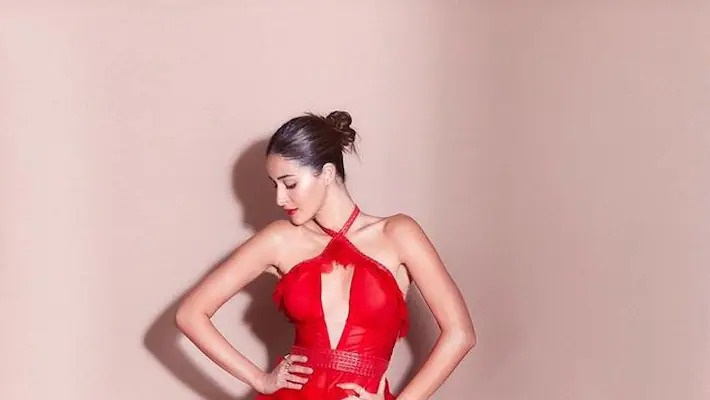 Another wrote that when you pay the teller in EMI, he stops some clothes and you then call it art. Another user wrote that it seems as if clothes are hung on wood. Well, this is not the first time that Ananya has faced such trolling. She has been trolled on social media with more bad comments than what she mentioned in Arbaaz Khan’s chat show Pinch. Ananya took her trolls back on the show. Ananya will be seen in Karan Johar’s film Liger, in which Vijay Deverakonda is in the lead role. The film also stars boxing legend Mike Tyson in a role.