Bollywood stars Ananya Panday, Suhana Khan, Navya Naveli Nanda, and Shanaya Kapoor are some of the most talked about BFFs in Bollywood. They are all childhood friends. They remain close as adults. A collage of their childhood photos along with a recent photo of them all together in a frame was shared on Reddit. 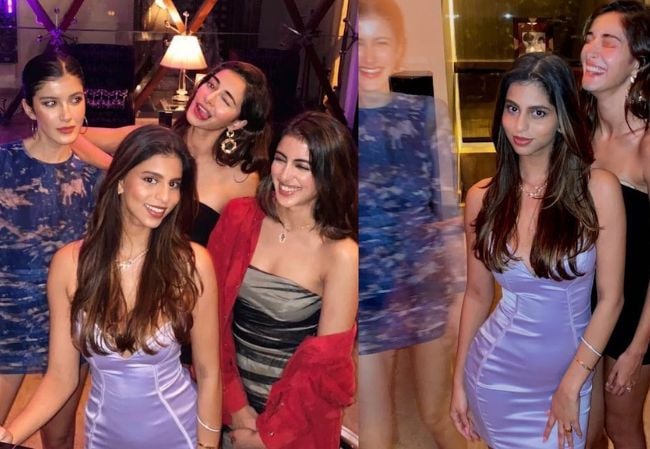 Both their pictures show Shanaya on the left, Ananya in the middle, Navya on the right, and Suhana in front of Ananya in the same position. Their fans responded to the collage in the comments section.

Fans commented, “Lovely to see that they are so close that their noses grew up looking the same,” “Suhana looking like SRK (Shah Rukh Khan) from Chamatkar (1992),” “This is cute!” “Once the outsiders of the industry have kids, the kids become insiders,” “Damn so true. Their parents are close too, like family friends. And same social circle and houses near by and same lifestyle. Like zero effort.” 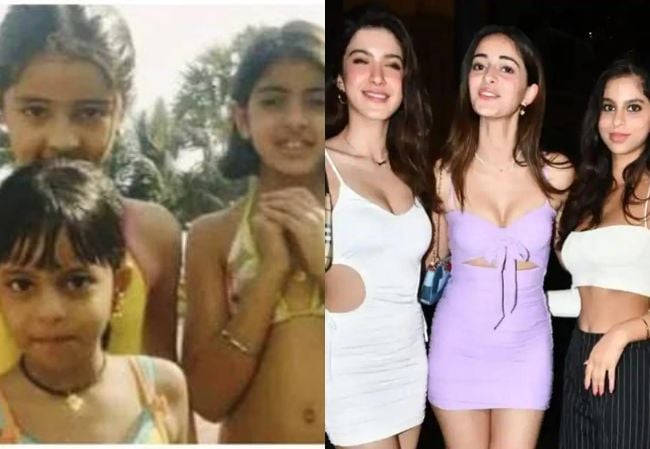 Some others commented, “Lovely to see that they are so close that their noses grew up looking the same,” “Suhana looking like SRK from chamatkar,” “It’s so hard to not see SRK in this pic” etc.

Ananya Panday is already an actor. In Zoya Akhtar’s The Archies, Suhana is ready to make her debut as Veronica. Shanaya is working on her debut film Bedhadak. Navya is the only one who stays away from films. She is busy with a weekly podcast with actor-grandmother Jaya Bachchan. Her mother Shweta Nanda joins too. In The Archies, her brother Agastya Nanda is Suhana’s co-star.