The Athletics Federation of India (AFI) decided to name August 7 as ‘Javelin Throw Day’ in India to honor Neeraj Chopra’s first historic Olympic gold who bagged the gold medal in men’s javelin throw at the 2020 Tokyo Olympics on August 7. 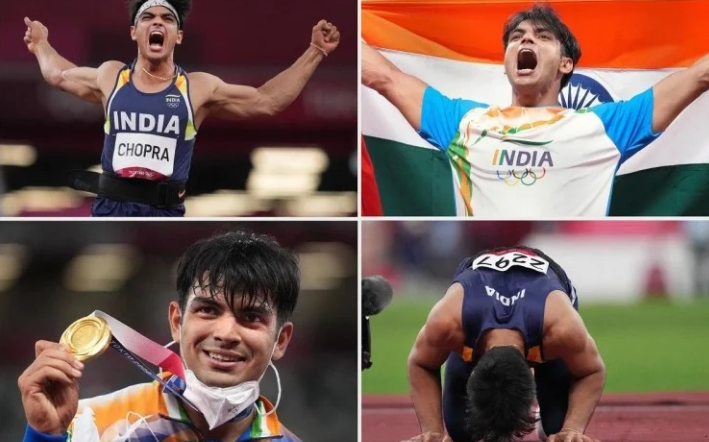 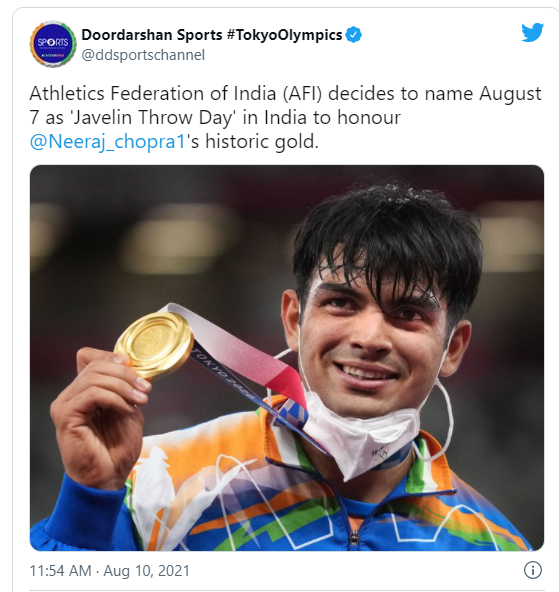 AFI’s decision to name August 7 “Javelin Throw Day” is an attempt to attract more youth towards the sports through pan India. Chairman of AFI Planning Committee Lalit Bhanot during a felicitation function of the athletes, including Chopra, said, “In a bid to promote sport and to encourage javelin throw pan-India, we will celebrate August 7 as National Javelin Day and from next year onwards our affiliated units will hold javelin competitions in their respective states,”.

“After that, we will have inter-district competitions and we will provide javelins. We will enlarge the competitions in the coming years to become a national event.” The AFI started National Open Javelin Throw Championships in 2018 and its third edition is scheduled in October this year. 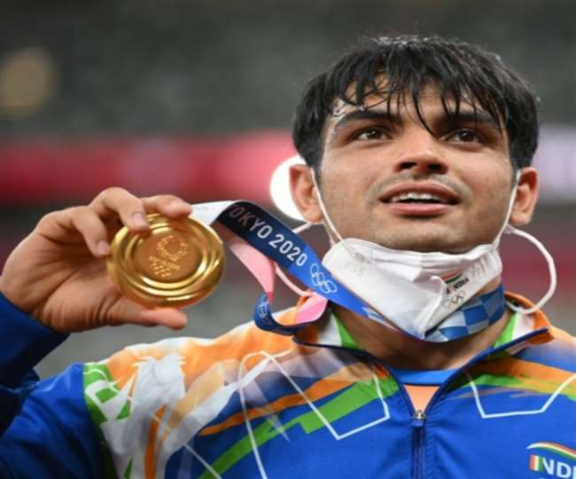 In its response, Neeraj Chopra said, “I am feeling good that the AFI is making my achievement to be remembered in the days to come. I will be happy if my achievement becomes a reason to inspire the youngsters of this country to take athletics, especially javelin”. “If the children are getting javelin and other facilities, I hope they will come and take up the sport and I will be happy to cheer for them and they can be the future medal winners.”