Many Bollywood celebrities came together on Thursday to celebrate the wedding of Bollywood actors and producers Farhan Akhtar and Shibani Dandekar thrown by producer Ritesh Sadhwani. During this, childhood friend actress Ananya Pandey, Shanaya Kapoor, and Shahrukh Khan’s daughter Suhana Khan also appeared together. All three of them were looking so hot and seriously gathered LimeLight. 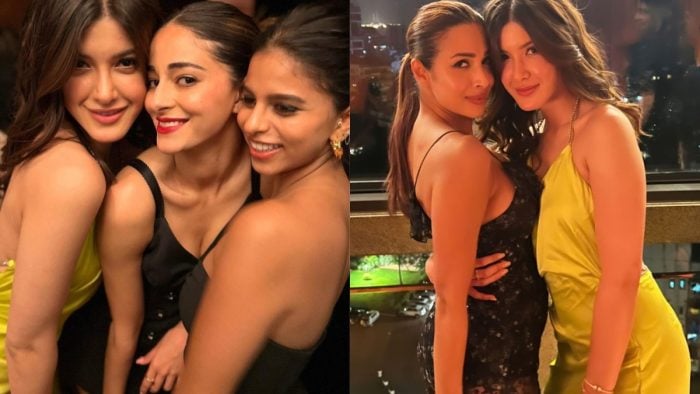 Now Bollywood famous actress Malaika Arora shared a picture of these three girls in her Instagram story and called them baby dolls. Malaika shared a photo in which Sanaya Ananya and Suhana are posing for the camera. By sharing this post in her Insta story Malaika wrote, “baby dolls have all grown up”. After that Ananya Pandey also shared Malaika’s story and wrote: “my girls” in the caption.

Let us tell you, Ananya Panday, Shanaya Kapoor, and Suhana Khan joined with their families in this celebration of Farhan Akhtar and Shibani Dandekar’s wedding bash party. Ananya Pandey arrived with her father Chunky Pandey and mother Bhavna, and Shanaya Kapoor was seen with her parents Sanjay Kapoor, Maheep Kapoor, and brother Jahan while Shahrukh Khan’s daughter Suhana Khan was seen along with her brother Aryan Khan and mother Gauri Khan. 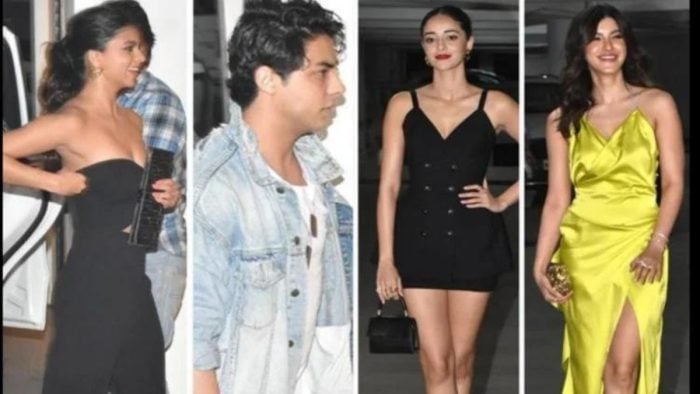 If we talk about the outfit, Suhana Khan was seen in an off-shoulder black jumpsuit and hair tied in a ponytail. Ananya Pandey looked very cute and beautiful in a black short dress while Shanaya Kapoor was wearing a different colour dress according to the party theme. She was seen in a yellowiSh green dress with a high slit during this which was making her different as well as gorgeous. All three were looking so hot and gorgeous. 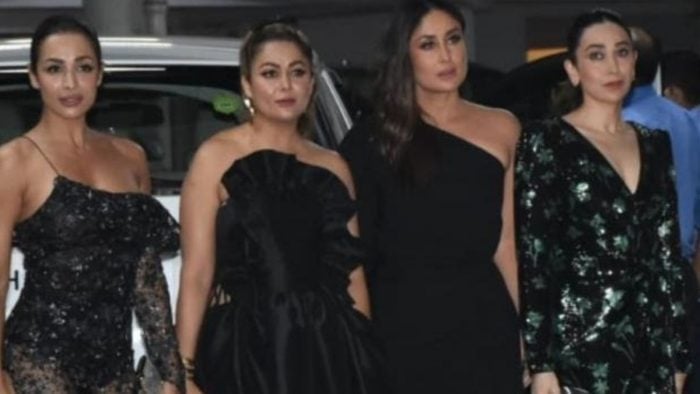 Let us tell you during this Malaika Arora reached the party in a half-transparent bold dress with girl gang Kareena Kapoor, Amrita Arora, and Karishma Kapoor. All four of them were capturing the attention of the paparazzi but Malaika got more.