The friendship between Bollywood actors Sara Ali Khan and Janhvi Kapoor is nothing new to fans. Duos often post their photos together on social media, and this time it was discovered that they were visiting the Kedarnath Temple together.

Sara Ali Khan and Jhanvi’s fan club posted photos of their visit to the Kedarnath Temple where the two were seen praying to God Shiva. The post captioned, “Wow. This is called sanskaar. You both are doing a really good job. May God bless you both! They are in Kedarnath Dham!”

In some photos, Sara was seen in a purple bomber jacket accessorized with grey earmuffs. Meanwhile, Janhvi wore a glittering silver jacket with a muffler. 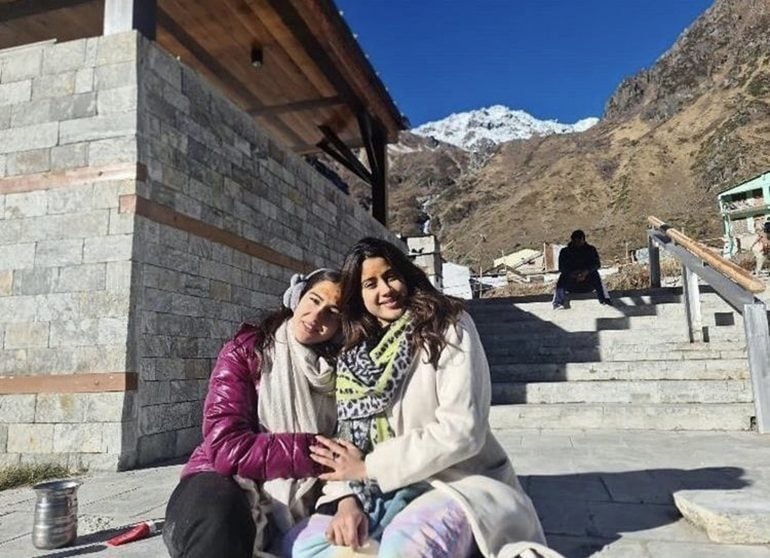 Recently, the duo appeared on a TV show known as “The Big Picture” of Ranveer Singh and talked about their friendship. During the episode, Ranveer asked Jhanvi and Sara about their friendship (being friends). At first, they said the duo has “many mutual friends”. Then Jhanvi said, “I met Sara for the first time at an award function. I had tagged along with Mumma (late actor Sridevi) and we were very young. I still remember Sara was sitting with Amrita aunty (Sara’s mom Amrita Singh), baar baar heroine waale nakhre kar rahi thi (she behaved like a heroine). She was wearing a saree or salwar-kameez at that time, I think. She did it (gesturing that she pushed her hair back) with such elegance, I wanted to become her friend,” she said. 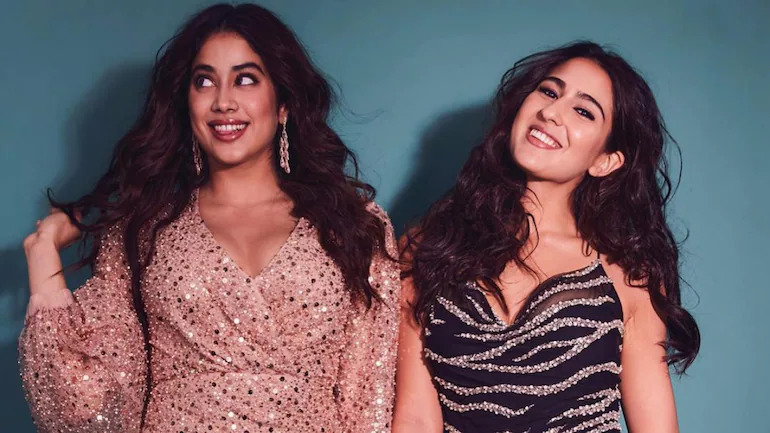 Janhvi was last seen in Roohi with co-actors Rajkummar Rao and Varun Sharma. Her upcoming movie is directed by Siddharth Sengupta, “Good Luck Jerry”. She is also roped in Dharma Productions’ “Dostana 2”, but the movie is currently on a halt.

Sara was last seen in the comedy movie “Coolie No.1” with actor Varun Dhawan. She is waiting for her next release a musical drama movie, “Atrangi Re”. Directed by Aanand L. Rai, the movie also stars Akshay Kumar and Dhanush in lead roles.