The eldest member of BTS, Jin, arrived at the airport in Seoul on Monday morning with his stuffed animal, “Wootteo,” as he prepared to fly to Argentina to perform his most recent single, “Astronaut,” alongside Coldplay.

On October 28, in Argentina, Jin will perform in Coldplay’s upcoming Music of the Spheres World Tour. Recently, the BTS agency BigHit Music also disclosed that Jin would perform The Astronaut, a song he co-wrote with Coldplay, as a soloist. Jin will be performing the song live for the first time at this time. 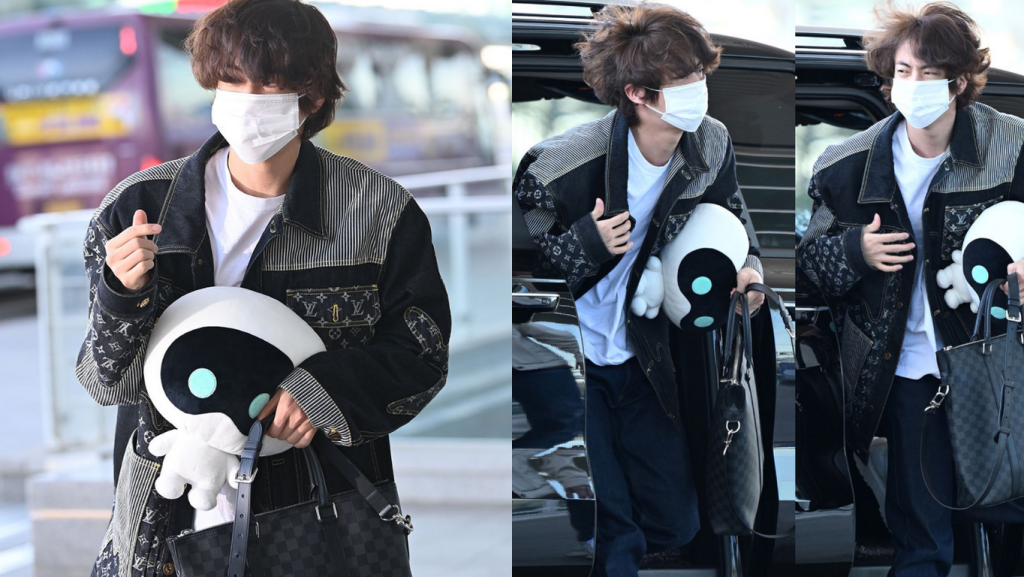 Before his flight, Jin was spotted at the terminal with his brand-new plushie, Wootteo. He often carries the BT21 character RJ. The singer  bowed and waved to both airport-based paparazzi and fans. He was adorned in jeans, a black-and-white jacket, and a white T-shirt. He was also carrying a suitcase and sporting a face mask.

Fans share Jin’s good wishes on Twitter. One fan tweets, “the Argentinian congress is also purple, Buenos aires is ready for jin.” Another fan writes, “WELCOME TO ARGENTINA #Jin though I haven’t seen my seokjin I hope he’s going to hotel safely and have a good rest.”

In the meantime, Jungkook, the youngest, departed for Qatar to participate in FIFA World Cup 2022 promotions. The FIFA World Cup 2022 authorities met him at the airport with a bouquet and blasted Charlie Puth’s “Left and Right” song on every screen. Fans shared pictures and videos of Jungkook outside the airport as he left the car in several social media postings. Jungkook fashioned finger hearts for his fans and waved them throughout the video. He donned a dark grey pair of slacks, a black sweatshirt, and slippers for his journey. In addition, he had on glasses and a face mask. The singer was carrying a bag and a beverage.

One fan tweets, “JUNGKOOK waving to fans even when he is already inside the car. He is the most precious human ever.” Another fan leaves a lengthy note, “Jungkook is truly the humblest celebrity I have ever seen since he always has been humble and respectful, but today it was another level coz he has been bowing, waving and noticing his fans who have been waiting for him hours always proud of him for caring about his fans!” 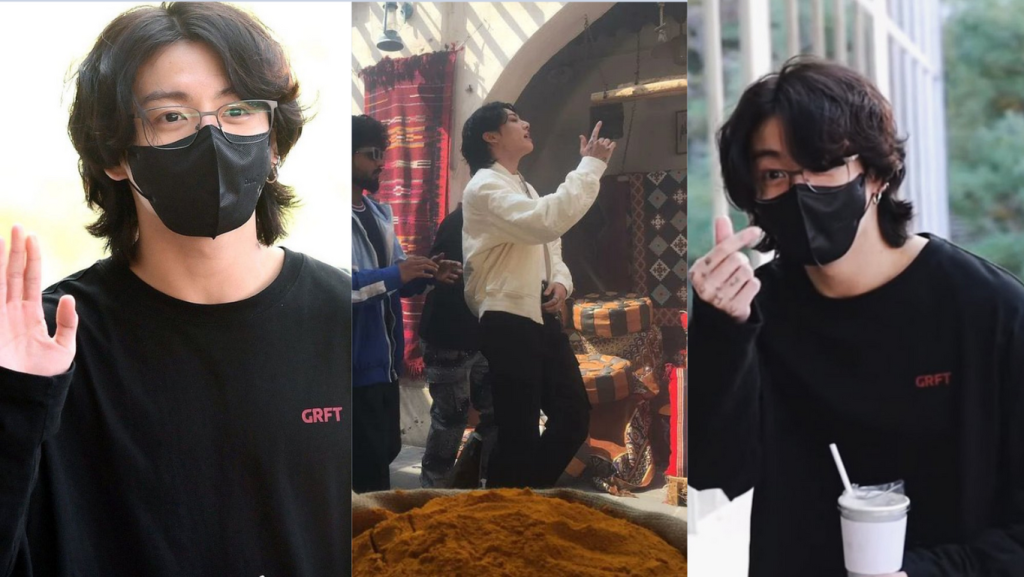 According to the report, Jungkook safely arrived at Doha, Qatar and was escorted by fourteen bodyguards and had a private jet, had all media covering his arrival and was welcomed by Qatar’s most popular social media influencer. He is now shooting for a promo video in the streets of Qatar.