Rajkumar Rao and Patralekha Paul hosted one of the most fun wedding parties for their friends. Pictures of the pool and pyjama party hosted by the much-in-love newlyweds of B-town are doing rounds on the internet. In the photos, the couple can be seen having fun with their friends as they celebrate their union. Farah Khan took to her Instagram handle and shared a picture from the party with a quirky caption. “Only wedding where I could wear my night and rubber chappals #pyjama party.. #rajputra #bestwedding @rajkumar_rao @patralekhaa I still have a hangover,” she wrote. 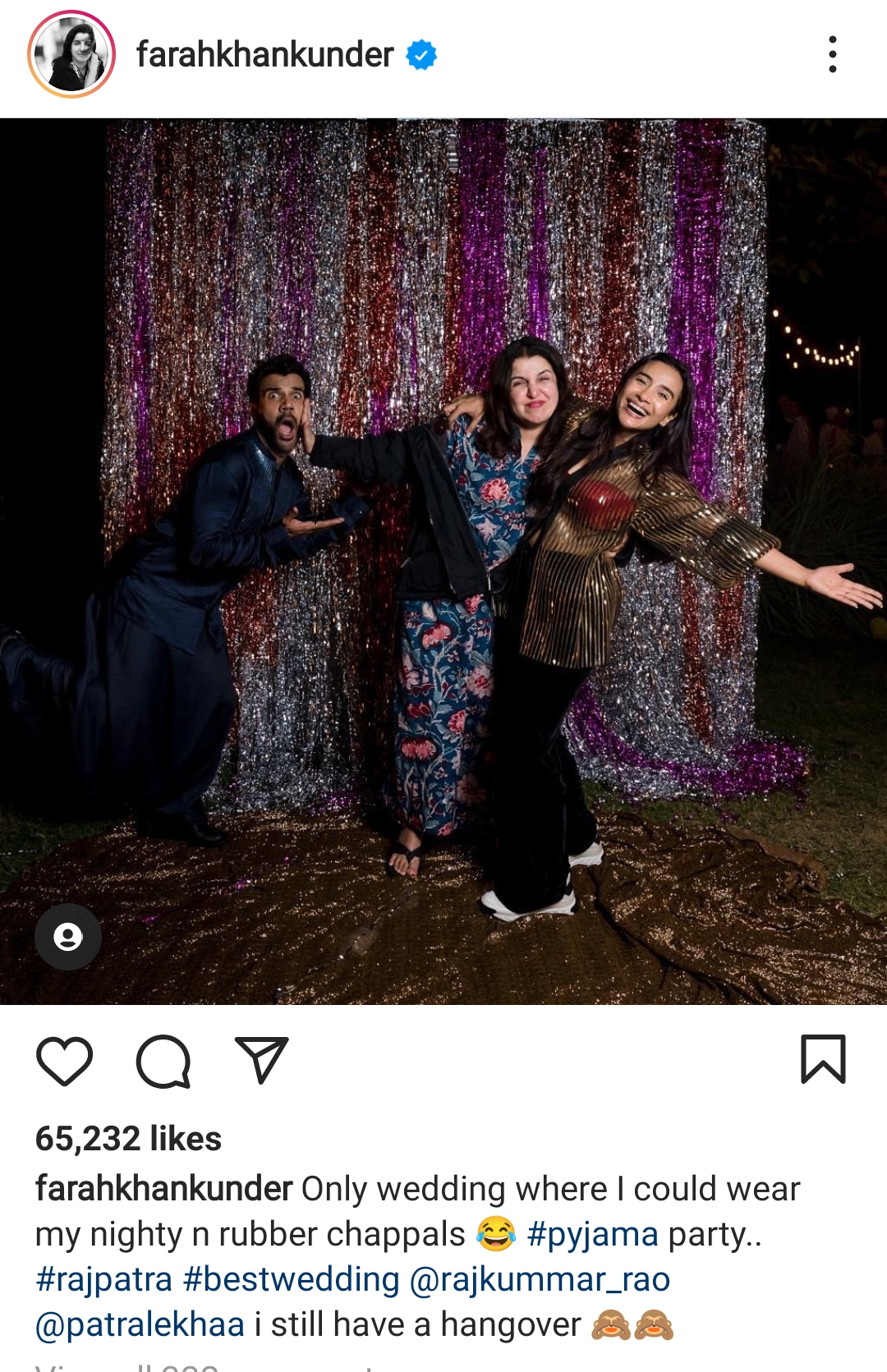 In this picture, Farah Khan appeared in nighty, while Rajkumar Rao and Patralekha appeared in Shimri clothes. Apart from this, many pictures of these two star’s pyjama party are going viral in which they were seen having fun and making funny faces. 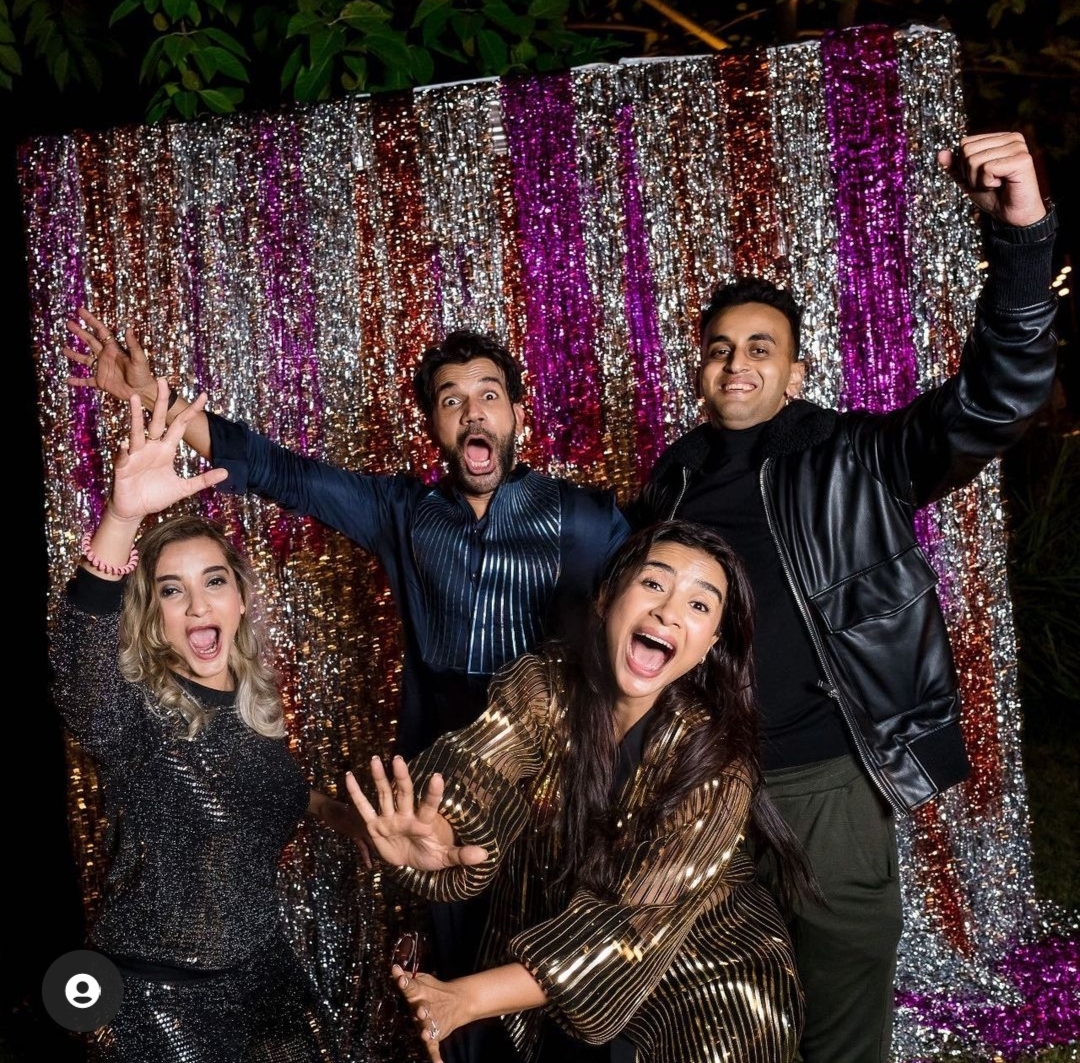 Rajkumar Rao looked stunning in his biker jacket. His look is also being appreciated a lot on social media. Patralekha wore a golden jacket with bling with black pants. 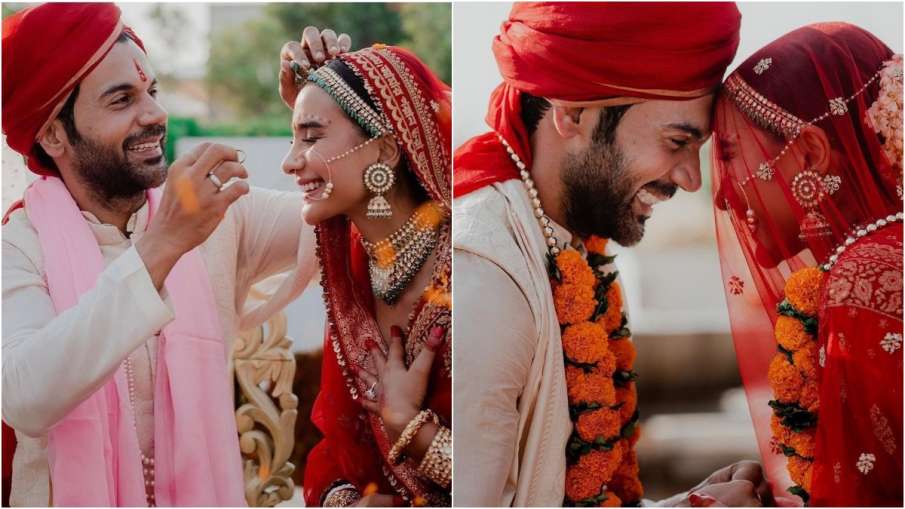 The couple has been in a relationship for 11 years. Recently, a video of Rajkumar going down on the knee and asking his lady love to marry him went viral. Their wedding invite too took over social media. The two love birds tied the knot in Chandigarh.

Rajkumar Rao and Patralekha also hosted a reception in Chandigarh, which was attended by Haryana Chief minister Manohar Lal Khattar. He took to Twitter to share a picture with couple from the function and congratulate them.