Disha Patani Shared A Picture With The Team From The Sets Of ‘Yodha’, “Can’t Wait For This!”

Bollywood actress Disha Patani remains in the news for her hot looks and fitness. She often shares updates related to her films with fans on social media. Now she has shared a picture from the sets of the film Yodha. Disha could be seen in the shared picture with the actors, director and the entire team of the film. 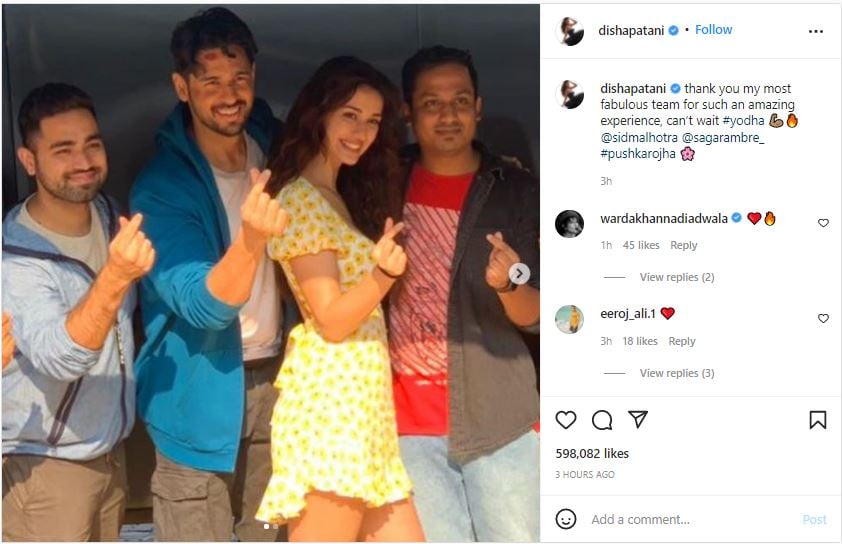 On Monday, the actress took to her Instagram handle to share pictures from the sets of Yodha. In the first picture, she is seen posing with co-star Sidharth Malhotra and the film director. While the second picture is a group photo, the actress is seen smiling with her team members in the film. Sharing these pictures on Instagram, Disha wrote, “Thank you my dearest team, it was a wonderful experience working with you. Can’t wait for Yodha to release.” On the other hand, the actress on Sunday shared a video from the sets of Yodha and told that she has completed shooting for her part in Yodha. In this video, she is seen dancing on an English song.

This action drama film is being produced under the banner of Dharma Productions. The director of this film is Sagar Ambre and Pushkar Ojha. In this film, the story of India’s most daring mission on Pakistan will be shown. The film starring Sidharth Malhotra, Rashi Khanna and Disha will hit the big screens next year on November 11, 2022. 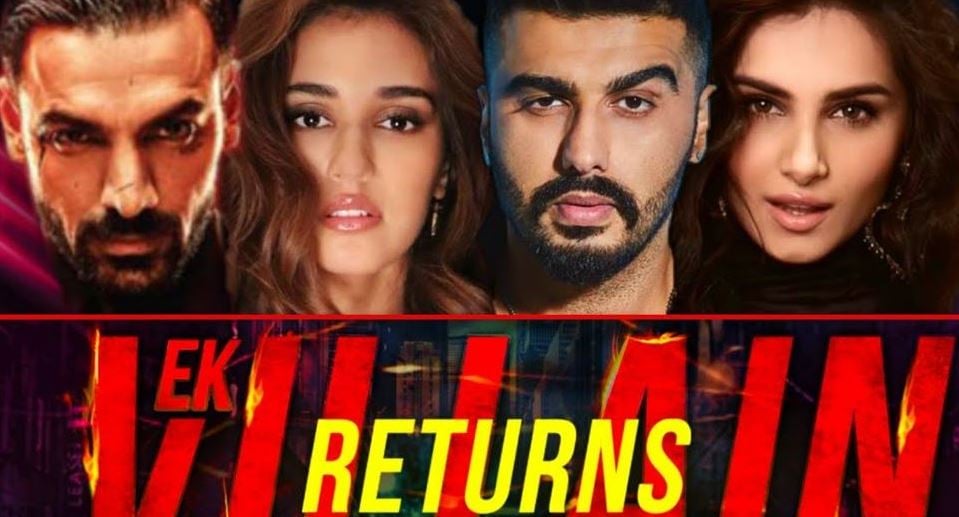 Talking about Disha’s upcoming films, she will play the lead role in Mohit Suri’s film Ek Villain Returns alongside actors John Abraham and Arjun Kapoor. Actress Tara Sutaria is also going to play an important role in the film. This film is a sequel to the 2014 film Ek Villain. Sidharth Malhotra, Shraddha Kapoor and Riteish Deshmukh had played the lead roles in that film.

Disha was last seen in the film Radhe opposite Salman Khan. The film was released on Zee5. However, the film did not do well as expected.